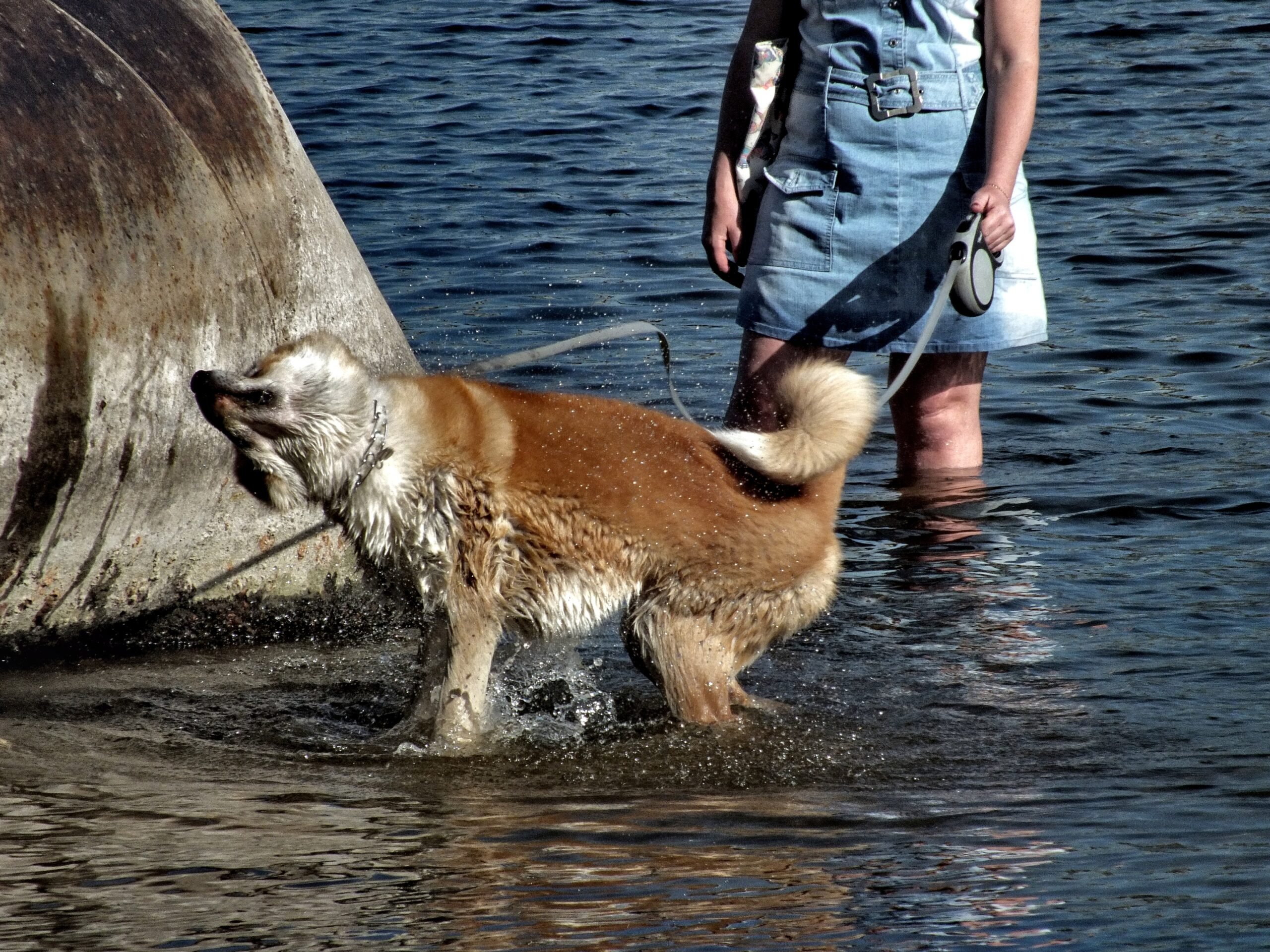 In this blog post, we will answer the following question: Will an Akita turn on you? We will discuss dog aggression and social interactions, and give you a few tips to deal with your dog’s temperament.

Will an Akita turn on you?

Whether an Akita would turn on your own does not depend on what kind of an owner you are. We already know that canine aggressiveness can be due to dominance or fear. But there is another factor that can explain why our dog is aggressive only towards his owner or other people who live with him.

When there are behaviors like this, so inexplicable a priori (and so sadly known as the main cause of abandonment or euthanasia) it is worth asking: Who is the real culprit of their reactions? Why is the dog attacking my daughter and not me? There are many factors that lead to affirm that in most times, the cause of aggressive dog behavior is nothing but the owner (or owners).

What do we do wrong?

Aggressive behavior of our dog can be due to competitive contexts, which do not necessarily imply dominance: removing his food, his toys, or his treats from his mouth, or moving him from the place where he is resting, can make him annoyed by the loss of something that he considers valuable.

In the same way that stroking him suddenly or when he gives obvious clues that he does not want to be touched at that moment, can stress him.

Similarly, other scenarios that can not only be interpreted as competitive (but could respond to an attack out of frustration) are forcing him to enter or leave a certain place, put on a leash or muzzle, brush his body, give him a bath or take care of a wound.

More behavior problems caused by the owner can derive from poorly administered punishment (either for being too strong, exercised too late, or for too long), or contrary orders that the animal does not know how to interpret. The clearest example of the latter case is extremely common: one member of the family does not let the dog get on the sofa, and another does. That creates false expectations, frustration, and aggressiveness when not allowed.

What to do if my Akita turns on me?

First of all: are you going to keep the dog?

The normal thing is to think that yes, that you have to stay with the animal at all costs and the opposite is a selfish and inhuman gesture. But the reality is that the viability of that statement must be weighed coldly and very seriously, depending on the children or the elderly who live at home and the size and type of aggressiveness of the animal. If the answer is still affirmative, proceed to the help of the vet.

Vet: To solve the problems, the first thing is to go to the vet to rule out diseases that cause this behavior (tumors, hormonal alterations …), and to guarantee that the drugs that may be prescribed do not affect them negatively. It is essential to rule out future complications.

Going to practice: If everything is in order, the treatment itself begins, consisting either of correcting the animal or correcting its owner. In the second case, you must be willing to learn to interact with the pet correctly, correcting the application of punishments, selecting the times to reward the animal, being consistent with what it can or cannot do at home, and so on.

Instead, with the dog, a modification of its behavior will be carried out through counterconditioning and desensitization exercises with positive reinforcement.

Although if the case of aggressive personality is severe, psychotropic drugs will be prescribed to reduce impulsivity (increasing serotonin levels). Neutering can be a solution, but in general, its effectiveness is much lower than what is believed.

And there is one more possibility, in the form of a diet based on tryptophan (a precursor of serotonin), but you have to be careful with it because it can lead to problems if it is administered together with other drugs.

Dog aggression and social organization of the pack

The dog is a mammal that has had to adapt to human social norms. All the acts it carries out in the wild, such as foraging for food, reproducing, or defending itself, are governed by hierarchical rules. The dominant animal or leader stabilizes the group and thus the aggressiveness in the herd is overcome.

The relationship between humans and dogs is based on this type of organization, that is, the woman and the man are the leaders of the pack according to the perception of the dog.

Today, the life of the dog in the pack is almost insignificant. Dogs interact mostly with people and, on many occasions, in confined spaces such as flats in the city.

This situation, unnatural for the dog, can be a breeding ground for behavioral problems such as aggression to the owners to arise, if there are not the correct bases for coexistence, such as education, a lot of understanding and affection, as well as a correct relationship and communication or proper socialization of the dog.

In the pack fights and confrontations can be registered due to hierarchical rivalry, so it is important that the owners make it very clear that they are the leaders of the pack. Sometimes the dog growls show its teeth and barks, but this does not imply that it intends to attack, it only warns that it is angry and makes a display of its weapons to threaten and avoid aggression.

Children and dogs can be a perfect tandem as playmates and friends, but when they are together they should be supervised by adults, especially if the child is young or the dog has just arrived home.

According to a study carried out in the North American city of Baltimore, 60% of the people bitten by dogs were under 15 years of age, despite the fact that this age group constitutes 30% of the population.

According to other studies carried out in this regard, the age group with the highest risk of being bitten by a dog is the one made up of children between 5 and 9 years of age. This circumstance occurs twice more in boys than in girls.

The reason why children are more likely to suffer aggression from a dog, especially boys, is that they spend more time than adults playing and interacting with the dog. On the other hand, dogs detect differences in behavior, size, and even voice timbre in children compared to an adult. This can create doubts and insecurities that are reflected in their reactions.

In any case, aggression is due to several factors and not to a single circumstance: the character of the dog (jealous, territorial), a child who has not been warned how to behave and treat his dog, or adults who do not supervise the child-dog relationship the right way.

Sometimes dog behavior problems cannot be solved at home and help is needed to figure out what is causing the aggression and how to fix the problem.

The veterinarian can recommend an ethologist to redirect the situation. The sooner action is taken, the easier it will be to obtain satisfactory results. After all, as the saying goes: “The dog is man’s best friend.”

Keys to a correct education of Akitas

The person who wants to adopt an Akita requires a strong character. Otherwise, it would be the dog who takes the lead in the relationship, imposing her opinion at all times.

In fact, if he considers his owner too “soft” he will choose to ignore his orders. Consequently, their upbringing in Japan is associated with nobility, privilege, and honorable action.

Specialists recommend constant mental stimulation. How to do it? It will be best to regularly teach her new tricks, recognition of a variety of equipment, and advanced obedience.

On a physical level, stimulation can be done by hiking together. Also promoting the exercise of agility, to avoid that it is tiring, it will be enough to dedicate one hour a day.

At the first signs, take action and do not allow situations of attempted aggression or bites to recur. Rule out in the veterinary consultation possible physical ailments that affect the inappropriate behavior of the dog.

Properly socialize the dog so that from a puppy it gets used to dealing with other animals and people. If there are children at home, teach them how to behave with the animal. The main premise is to respect it.

FAQ on Will an Akita turn on you?