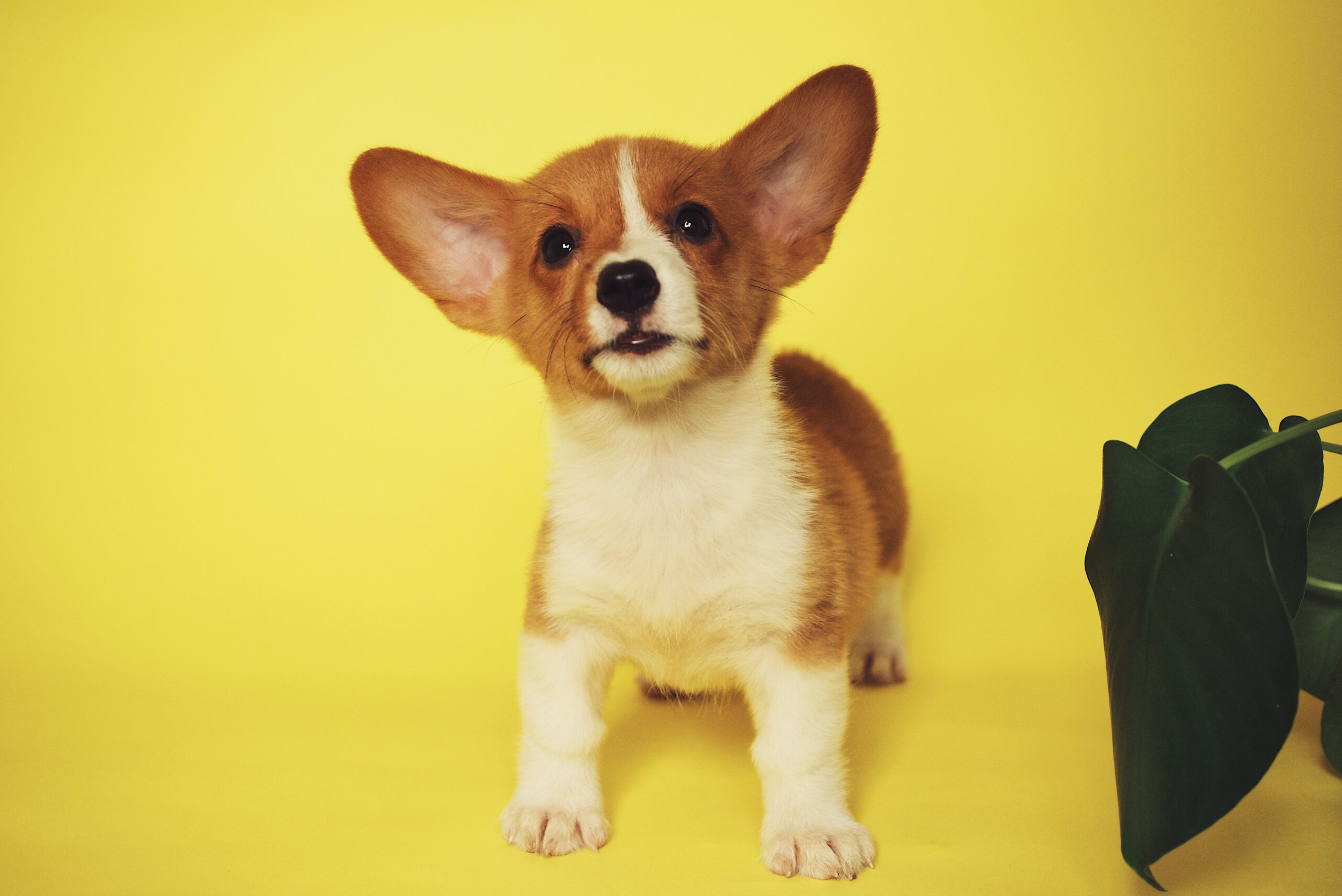 In this article, we will convince you why Chihuahua are the worst dogs you can have. We love all animals, of all shapes and sizes. But when it comes to certain dog breeds, we feel it is our responsibility to warn our loyal readers of the most “terrifying” breeds around. And what we’re focusing on this time around is the Chihuahua.

Top reasons why Chihuahuas are the worst dogs

Chihuahuas are extraordinary creatures on the one hand, but on the other, they create a lot of problems for their roommates (humans and other animals), especially when the latter do not know what they are getting into.

So here are the twenty reasons we’ve discovered why adopting a Chihuahua could turn out to be a bad, very bad idea.

Rather, it is a very demanding dog, and you will realize that it is like this from the first day of living together. The puppy, as soon as he arrives home, will first try to achieve his primary goal: to make you his slave, faithful and devoted, for the rest of his life. In fact, many people are already predisposed to be treated this way.

You have to have a gentle hand, but an iron wrist: it is valid in all situations. But know that it will not work with the Chihuahua. We said it before: the Chihuahua has character. He will not bend to your will, not without first fighting with all his energy (and remember that there are so many).

Did you think you were dealing with a quiet “handbag dog”, one that you always keep in your arms and you can walk around safely, without ever causing you any problems, wherever you are?

Well, not only were you very wrong but know that never, in any situation, the Chihuahua will allow you to hug him, grab him, imprison him, harass him or even just touch him unless he gives you his temporary permission.

This dog breed is really tiny, as we’ve mentioned, and that means it can fit into every available crevice and nook in and around your home. It is very easy to lose sight of your dog if you are not very careful and it is not uncommon for your little dog to decide to play hide and seek with you, putting you to the test. He may even fall asleep where it is least appropriate.

Are we talking about one of those breeds that never have to ask? No, not at all: the Chihuahua asks, indeed he demands the things he wants and that he knows only you are able to give him. An example is attention. In reality, your dog will never want to be bothered.

So, don’t irritate him more than necessary, there is no need. If you are looking for a dog that is much more patient and forgiving of cuddles, this is not the right companion for you.

Immediate socialization is a universal law of dog care and cannot be ignored in any way if you want a cute and kindly mannered four-legged friend. If you think this also applies to the Chihuahua, you are only half right. Your dog may be polite, somehow, but not easily and, in any case, he will never be particularly inclined to enjoy the company of other dogs.

His first encounter with a totally new character in his life will always have dramatic implications. Unavoidable.

The Chihuahua hates felines and is horrified in the presence of any fur ball (even real ones, not just figurative ones). So, if you are already the adoptive parent of a kitten, consider this and think very carefully about the choice of adopting a Chihuahua, because it may not be the best solution for both your pets to live peacefully.

The Chihuahua, as we said before, will become very attached to one person (and only one), respecting them for life. If this is you (lucky), he will make you do things that will leave you incredulous, like picking him up and taking him for a walk. With anyone else, he will never be so permissive.

It is not something he loves and therefore you should not force it: as if someone you do not trust is trying in every way to get you on a roller coaster with him. Certain dangers and taboos we find the strength to face them only alongside the person who matters most to us.

As mentioned, this dog loves his independence and above all he wants everyone to respect his privacy religiously and this includes not torturing him with unsolicited attention or occasional pampering.

He will fleetingly give you permission to touch him, honoring you from the bottom of his heart. But be brief, because he is not so indulgent as to forgive you for an exaggerated exercise of affection towards him.

He has no patience, so don’t even think for a moment about entrusting him with the care of your little humans. It is not a dog suitable for babysitting. On the contrary, a small dog like this rarely manages to be around children and, even if it had the energy to do so, it does not have the desire.

The Chihuahua does not trust humans, let alone if they would risk their skin in following you wherever you go. Sure, he’s a pretty curious being, so he might decide to follow you anyway, but just to find out what you’re up to, not to get involved in your pranks. H

It’s not a good sidekick when it comes to doing something really exciting unless he is the one offering it. Between the two, he is the boss of the couple. Remember it.

Just leave it in its comfort zone. The Chihuahua has his own habits and it is necessary that he follows his ordinary routine to the letter, because if he finds that everything is in its place, he will have no reason to fidget.

Don’t, ever. Don’t dress a Chihuahua. Even if you do, one day, when he’s most vulnerable and you have to take advantage of his weakness to put him in silly glittery unicorn pajamas, know that he won’t forgive you for the rest of his life. This thing will indelibly mark your relationship. Do you want this to happen?

The Chihuahua is an agglomeration of deafening vocalizations, bites, and angry eyes: so, don’t try your luck by offering him a couple of cosplay, because if he’s not in the mood, he might as well kill you for it.

Chaos and Chihuahua don’t get along at all. You may think this is a common problem for all dogs: these animals hardly tolerate loud noises.

This is a dog that gets along better with one person, or at most a couple. He must have a thousand eyes around him, not a thousand noises that would terrify him to death.

This is not to say that it will never entertain you, quite the opposite. The Chihuahua is so bizarre that every time you look at it and see it behave as it usually does, you will instinctively smile and maybe your lip will tremble slightly, while you try to stifle a coarse laugh.

The same thing goes for tenderness. Chihuahua has a very particular temper and everyone knows this. You simply have to know it to know how to take it. This is difficult, but not impossible.  Chihuahuas don’t want to be tender, they just want to be respected.

Even other dogs, especially when they are puppies, demand and wag their tails in the face of their owners until they bend over and are not forced to give up all their possessions in order to make them happy. Although it is normal, however, we must point out a detail: at a certain point, human beings and other dogs grow; while apparently, the Chihuahua does not.

He asks and asks and asks. The Chihuahua thinks of himself, and if he ever suddenly learns to speak like the gorilla Koko and you ask him who he would save from a fire, you or someone else, he would most likely reply that it was he who started the fire.

All dogs that belong to the same breed look very much alike and this is nothing new. But Chihuahuas are identical from other points of view, first of all, that of character. Do not think that one certainly has a different temperament than another: certain characteristics belong precisely to the species and it is not possible to untie them from the subject, even if we would like so much.

So yes, in this sense one Chihuahua is as good as another. Obviously then they are different individuals, with autonomous minds. In this case, we are only talking about the attitude they have and the way they behave towards the whole world. You better get used to it.

In the case of the Chihuahua, by the term “sensitive” we mean someone who has no idea how to empathize with another living being. Dogs in general have precisely this value: they can perceive the emotions and thoughts of their human parents and more. Chihuahuas don’t, they want to be perceived, rather.

If you believe that crying will move his heart, as big as his paw (therefore almost invisible), then you are very wrong. He won’t be fooled that easily. You’ll have to sweat his pat on your shoulder.

In this article, you can read more about Chihuahua’s character.

But it is not at all true that Chihuahuas do not have a heart and they are all perfectly alike in this. We just wanted to make fun of you and scare you good-naturedly. We have also gone too far to make fun of the Chihuahua, which is a breed we love very much, and for this reason, we wanted to caricature its well-known flaws.

However, the only thing that you really need to consider, if you are really willing to adopt a Chihuahua, is how much passion you are going to put into it.

One makes lemonade with the lemons that one finds and, in the case of the parents of a Chihuahua, this means to love their puppy unconditionally, however it goes. Because he too will love you in the end, and while he’s not really one of the spoiled pets in the world, he’ll show it to you in his way and that’ll be rewarding enough for you if you adore him with all your might.

If you want to share your opinion about Chihuahuas, our inbox is opened!