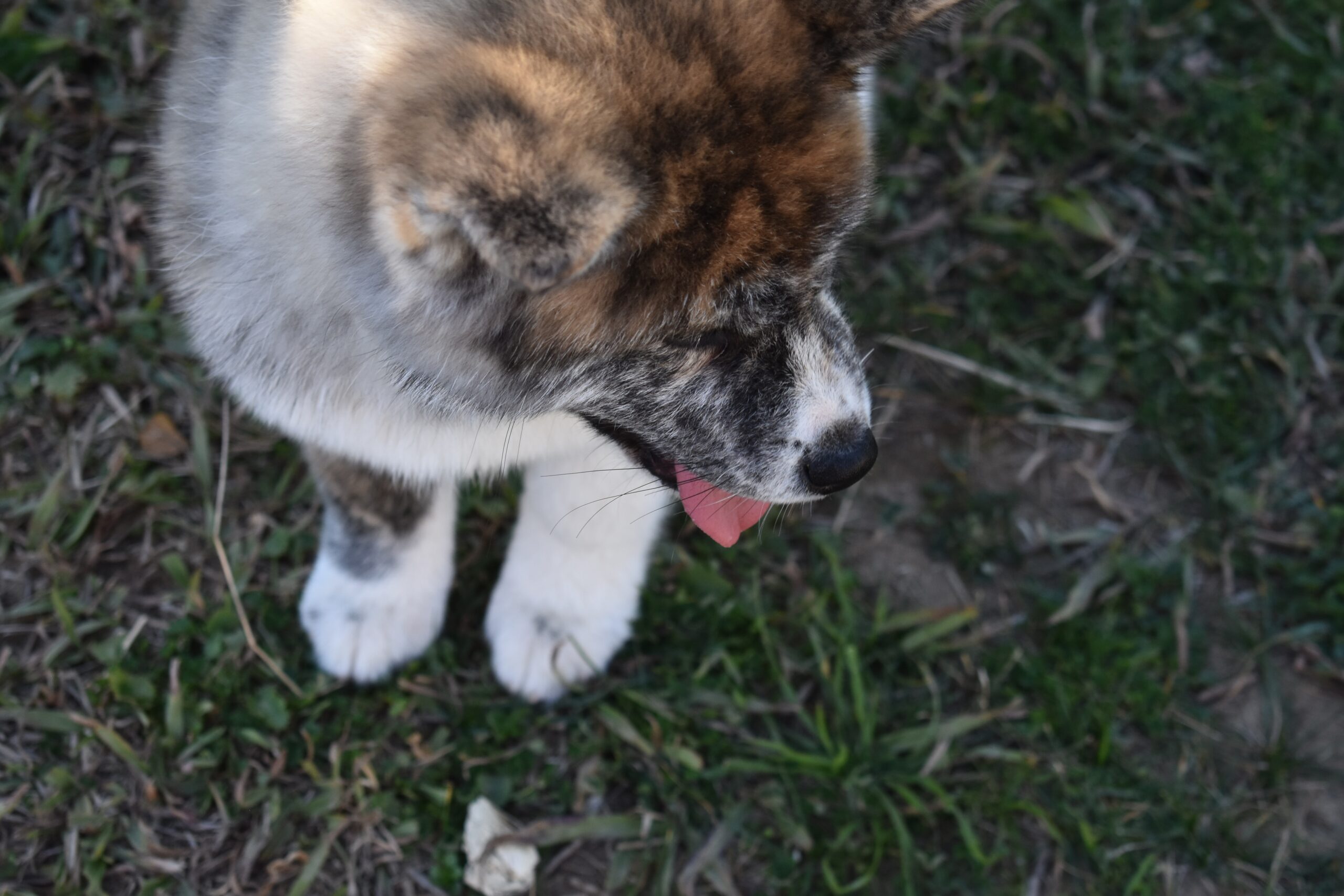 In this article, we will answer the following question: When do Akitas attack and why do they do it? We will talk about the nature of the Akita, which makes them seem like dangerous dogs, and what triggers their aggressive behavior.

When do Akitas attack people?

According to experts, the main reason why an Akita would attack a person is the stress and fear situation suffered by the animals. It is true that there are breeds that are more dangerous than others. But people must exercise precautions and know what canine instinct is like if they find themselves in a compromising situation or a possible attack by a dog.

The basis for dogs to have a correct attitude happens because humans are able to calm a situation of this type. Although pet owners must also fulfill a series of obligations. More if possible when they have dogs classified as potentially dangerous. Muzzle placement, leashing, and a license are essential requirements for people with these dog breeds.

As with pitbull bulldogs, the Akita Inu has a so-called “scissor-shaped” jaw, that is, its bite is extraordinarily powerful and cannot be opened from the outside until the dog decides to do so.

Another aspect that makes the Akita a potentially dangerous dog is its physical constitution. The male Akita Inu can weigh 65 kg and have a height of 67 centimeters. The Akita Inu is an innate hunter, and this can trigger dangerous situations when socialization with other animals has not been carried out properly.

What makes the Akita a dangerous dog?

Although hunting breeds like the Akita Inu are not necessarily dangerous, their hunting instincts can pose a greater risk of danger in certain situations, especially if they don’t reprimand themselves around small animals. The Akita is not among the breeds most prone to attack humans. However, its enormous size and power mean that any attack can be serious.

There is no doubt that any attack carried out by the Akita Inu is dangerous due to the size of this dog, so let’s ask the question again, Are Akita Inu dogs prone to attack humans? No, Akita Inu are prone to defend their human family with courage and even with their own lives, nothing to do with a dangerous dog but with an extraordinarily loyal and courageous dog.

Regarding its hunting instinct and its territorial personality, these are factors that can be controlled without problems through proper dog training and good socialization. Still, in the case of males, castration is recommended.

Regarding the bodyweight that the Akita Inu can acquire, it is completely absurd to think that a larger size implies a greater danger inherent to the breed, it is not like that, there are very heavy Labradors and Golden Retrievers and nobody thinks they are dangerous.

What to do if my Akita attacks another dog?

When a dog attacks another dog or a person, it must pass a veterinary check. The owner of the aggressor dog must take it to the Animal Protection Center within 72 hours.

Therefore, when asked: What should I do if my dog ​​bites someone or attacks another dog? The answer is clear, go to the Animal Protection Center as soon as possible to avoid future problems.

If you do not take your dog to pass this control, you will be committing a very serious offense and it is punishable.

Steps to follow when a dog attacks a person

When a dog bites a person, they should go to their regular doctor, who will indicate the health and pharmacological treatment guidelines to follow. Especially to detect if rabies has infected you.

Afterward, you must file a complaint with the police station, who will notify the Veterinary Services department so that they can check the aggressor animal to see if it has rabies. A copy of the complaint and the injury report must be provided to this department.

If the attacked animal is another animal, it is the veterinarian who will have to examine and inform the Department of Veterinary Services ( so that the aggressor animal is subjected to the corresponding anti-rabies control.

We will take as an example the procedure set by the US so that you can see in a simple way how the Qualification of potentially dangerous animals is carried out after a complaint.

The Animal Protection Center normally has a registry of attacks that each police station, health centers, and the interested parties, among others, notify them of. This makes it easier to control animals that have caused harm to a person or another animal.

24 hours if the attacked dog dies), to observe them for 14 days and to be able to rule out that the animal had rabies at the time of the attack.

The result of the analysis will be notified to the Human Rabies Immunoprophylaxis Service, from where the preventive measures that may proceed in relation to the people attacked will be adopted.

The interested party will be notified and the period for submitting allegations will be opened. These studies usually have associated rates of around $55 if it is in a center or $62 if it is at home.

The Akita Inu is a breed that it is easy to fall in love with, and we are drawn to this dog in a very easy way, but that should not take us away from responsibility, no matter how amazed we may feel at this spectacular dog.

Before welcoming an Akita Inu, ask yourself these questions honestly, if you have doubts, this is not a dog for you and the reception will not be positive for either of the two parties:

These questions will help you decide whether you can handle an Akita, or any other dog, in the first place.

Click here to read a short guide about training an Akita Inu.

Akitas are not dangerous dogs, but you should not forget the fact that in the end, it is a dog and a hunter by instinct. With proper training, an Akita can become a wonderful and loving pet for your family. They even have a slightly silly side that they share with people they trust.

Akitas are intelligent and respond well to commands, as long as they are trained with motivation and not by force. It is said that they share a couple of characteristics with cats, they bathe themselves and are independent so that they like to be together with their owner, they always know where they are inside the house, but they are content if they are not continuously close to you.

FAQ on When do Akitas attack?