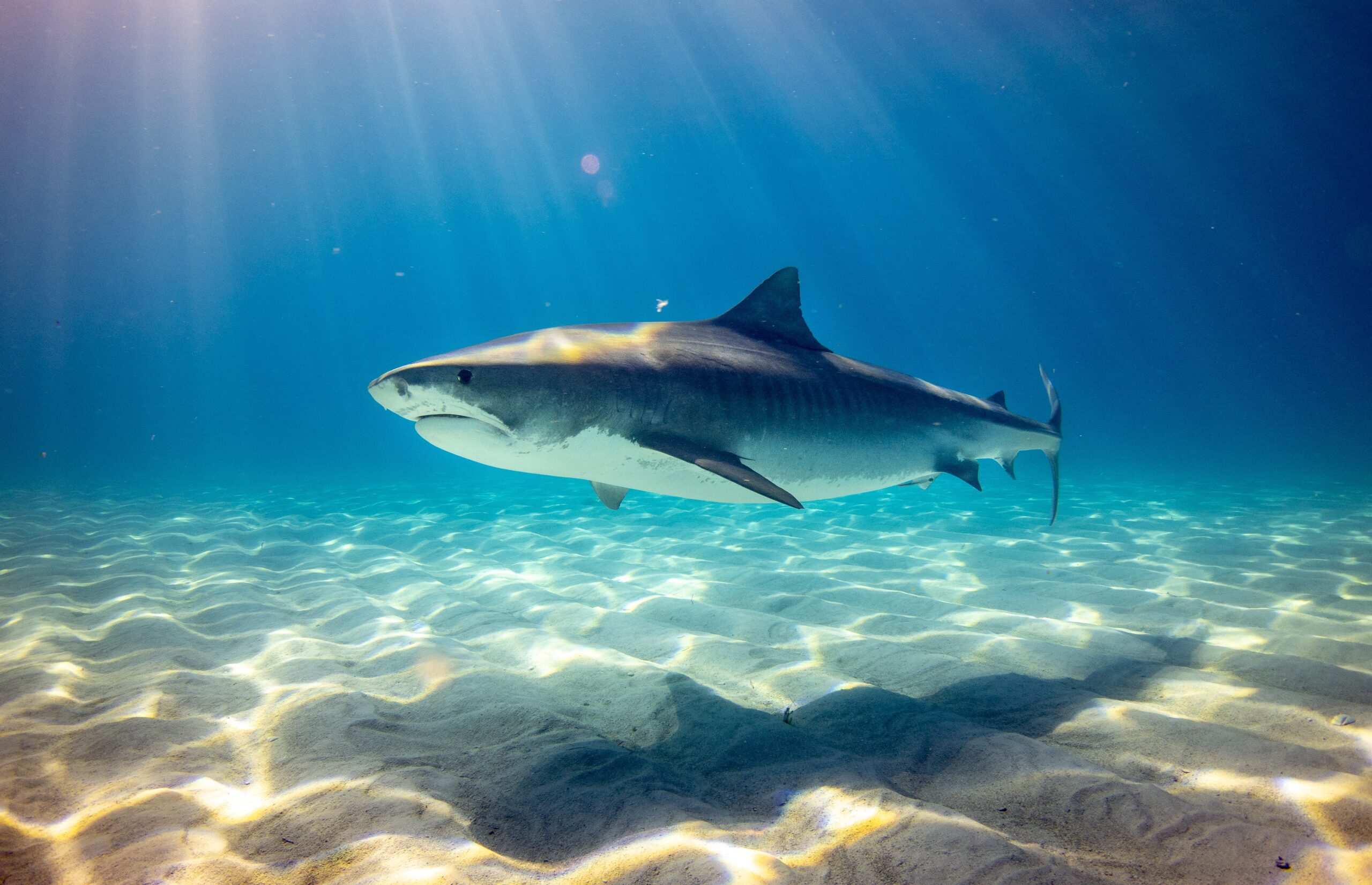 What shark has the sharpest teeth?

Experiment to find out what shark has the sharpest teeth?

The experiment was performed by attaching shark teeth with a 12-inch bimetal blade after grinding the metal teeth on a flat surface.

Teeth of various sharks like bluntnose, tiger shark, silky shark and sandbar were tested. The researchers found out that the tiger shark and the silky shark have the sharpest teeth among all the sharks.

Bluntnose shark has poor cutting abilities as compared to the sand bar, tiger shark and the silky shark. However bluntnose shark teeth were subjected to no wear.

The researchers, Katherine Corn, Jeffrey Brash, Adam Summers, Stacy Farina write, “Some shark teeth are very sharp at the expense of quickly dulling, while others are less sharp but dull more slowly”.

We know that the mammal’s teeth have a wide diversity among species but we can say that sharks are a rival of animals in this case.

Sharks have a variety of tooth morphology and this gives us the idea that how diverse is the creation of sharks and other predatory fishes in the marine land.

They also find out that the teeth of some shark species are subjected to wear and tear more quickly than the others. These sharks have other teeth also but they do not work as quickly as the other teeth of the shark. This gives us the idea that sharks may swallow their prey when the shark teeth are in process of replacement.

Imagine that you are swimming in an ocean when you see a predatory shark. It moves towards you and stretches its lower jaw and exposes the lower sharper teeth that were first hidden.

We know that in sharks the older teeth are displaced by the new teeth. This shark has a row of new and sharper teeth next to the row of old teeth. When the new teeth grows it curves towards its tongue.

When this shark opened its mouth the cartilage at the back of mouth flexed and the sides of the jaw were folded downward exposing the new and sharper teeth of the shark.

This shark has a slender body measuring 13 inches. This shark has large and wide eyes and covers 30% of the brain. It has a triangular and short snout.

The jaw and the hyoid arch of the shark were preserved in 3D which will give us the idea of shark jaw and teeth. A 3D model of the jaw was created. The scientist performed computed tomography and revealed that the new and sharper teeth were not fused to the bottom of the jaw and instead were flexible and movable when the cartilage at the back of the jaw moved.

Linda Frey, a lead study author said, “Through this rotation, the younger, larger and sharper teeth, which usually pointed toward the inside of the mouth, were brought into an upright position. This made it easier for animals to impale their prey.”

The 3D model gives us the idea of the hidden shark teeth. In early studies, the shark teeth were not preserved carefully and the standard protocol was not followed that is why they don’t see such creatures.

The 3D model also gives us the idea of the tooth placement and assembly of the teeth in the jaw. This also helps us to understand the evolution of jaws over time in the shark species.

This was a breakthrough in the shark study to find out what shark has the sharpest teeth.

The great white sharks are the largest predators on earth. These sharks live in coastal waters and weigh 4200 pounds and length of 20ft. They have scary and sharp teeth in the animal kingdom.

They have 3000 teeth in their mouth at a time. When a tooth is lost another tooth slides forward and there grows a new one. There is growth of around 30000 teeth in their entire life. Make sure you don’t get trapped in this shark mouth.

These sharks have no predators except orcas. Among all the species of sharks, they have a robust jaw and sharp big pointed teeth. The front teeths of the jaw are the sharpest and they do most of the cutting and sizing.

They have a bite force of 669 PSI. PSI stands for pound per square inch. It is the force applied by the shark teeth on 1 square inch of the surface or the body of the prey.

The scariest teeth in the animal kingdom are of a fish nicknamed as Vampire fish. The Payara fish is a carnivore fish having canine teeth. They possess two fangs emerging from the lower jaw straight into the upper jaw and the head. The head has two negative spaces in which these two fangs rest when they are not utilized.

The shark having sharpest teeth are deadly and you should keep a distance from them as they can quickly tear you into pieces.

Some sharks have 50,000 teeth during their lifetime. I know this sounds crazy but it is the truth. The shark teeth are not that strong and most of the sharks have 300 teeth in different stages of their life.

Their teeth do not have roots and that is why they easily fell out and you can find them on beaches. Sharks can easily replace their lost teeth with the new ones.

Sharks have different teeth according to their diet. Those sharks that prey on other fishes have scary sharp teeth. Other smaller sharks have a filtering system rather than the chewing system. They have teeth much like a whale that can filter the water. They do not have sharp teeth as that of other sharks.

After reading this article on “What shark has the sharpest teeth?” the reader will be able to know about the morphology of shark mouth and their feeding habit. He will also know why sharks are different from mammals on land.

Feel free to ask anything about “What shark has the sharpest teeth?” in the comment section below.

FAQ; What shark has the sharpest teeth?

Frequently asked questions of “What shark has the sharpest teeth?” are:

How sharp are tiger sharks teeth?

The size of the tiger shark teeth is 1 inch but it can grow to 1.5 or 2 inches. Their teeth are specialized to penetrate the hard shells of the turtles. These sharks have the sharpest teeth.

Do sharks have tongues?

Sharks do have a tongue referred to as basihyal. This is a type of cartilage and is located at the floor of the mouth. It is useless for most of the fishes and sharks except the cookiecutter shark.

What shark has the strongest bite force?

The Mako shark has the strongest bite force ever physically measured, said by the scientists. According to the Discovery channel program Mako nation, it is the second most powerful bite in the animal kingdom.

Which Shark has the biggest teeth?

The Megalodon shark has a tooth length of 6.9 inches. It is the biggest tooth in sharks. It is three times the white shark tooth which is 2.1 inches. They are the biggest teeth but this shark does not have the sharpest teeth. Megladon are the largest sharks ever existed.

Do sharks eat their own teeth?

The cookiecutter shark swallows their lost teeth. These sharks are parasites and feed on large animals that are not dead.

Large sharks prey on dolphins that are sick or very young calves as they are the weakest and the easiest to capture and eat.