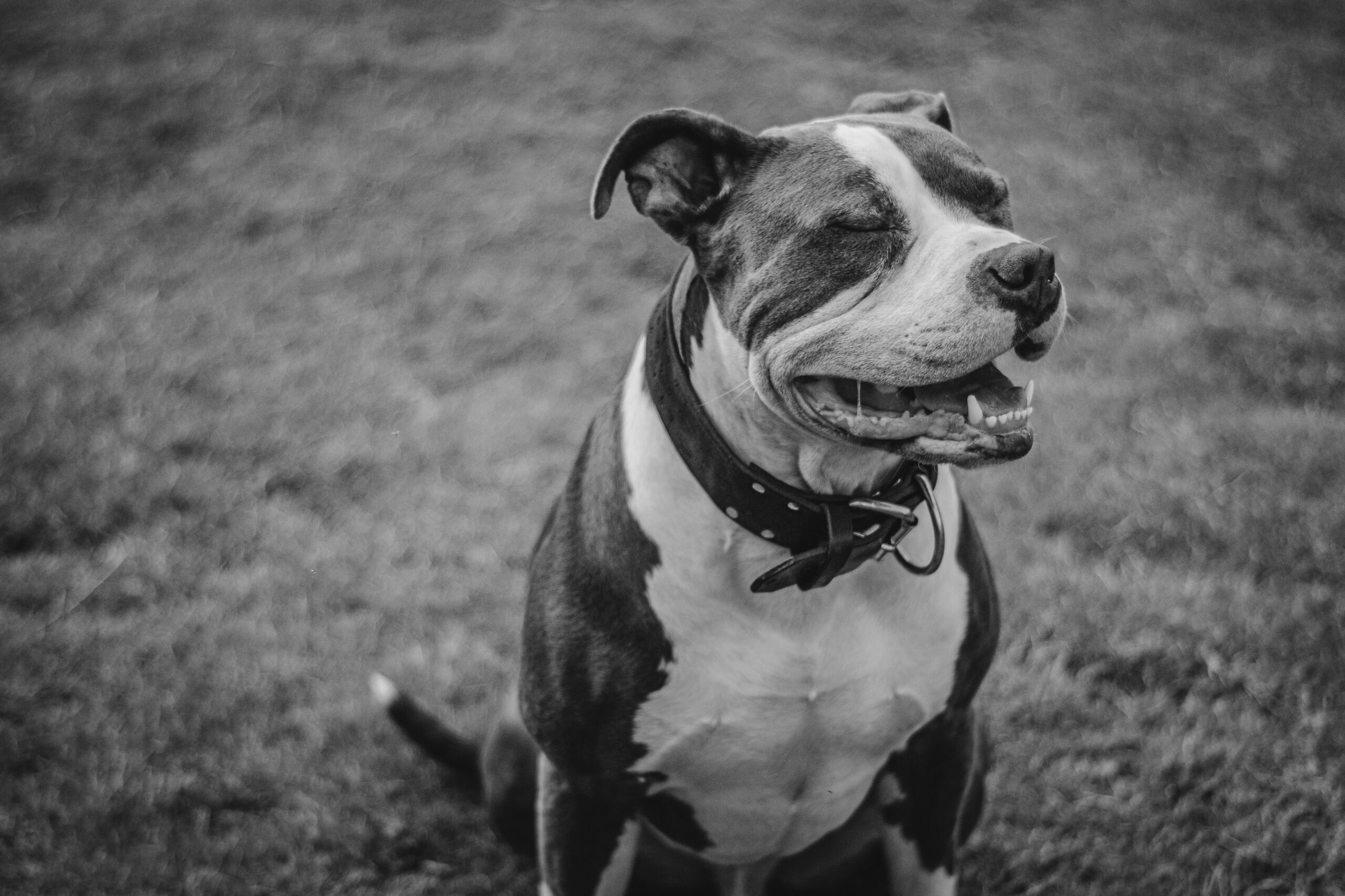 In this blog post, we will answer the following question: What dog breeds should be avoided? We will talk about dogs that are considered dangerous, small dogs and their character, and the most annoying breeds of dogs.

What dog breeds should be avoided?

There isn’t any dog breed that should be avoided, but you definitely need to do your homework and read about dog breeds, to find which one is more like you.

There are not bad or good dogs, but breeds with different genetics and temperaments. Some are great as pets or home companies, and others are ideal for hunting, defense, and other tasks according to their blood profile, protective, aggressive.

According to various surveys, the breed that has claimed the most victims is the Rottweiler, a dog that must be raised in a very particular way so that it can be integrated into a home, and even so it is not recommended, since, turned into a guardian, it becomes dangerous

It is a breed that learns to bite quickly and it is difficult to get them to release their “prey”, which makes the attacks very serious (especially in the case of boys since due to their height they usually have serious injuries to the face and the neck).

Veterinarians recommend taking the time and studying the breeds when we decide to bring a pet into the home. It is not a stuffed animal: it is an animal that lives a decade or more and will be incorporated into the family for a long time.

If you buy a dog with a sanguine temperament (rottweiler, sheepdog, pitbull, etc.), it should be female, because it is less aggressive.

How to raise a dog so that it is not aggressive

Education is key when it comes to avoiding future aggression or problems. Some advice:

Dogs that are “potentially dangerous”

All dogs trained for attack and crosses between the aforementioned breeds or with other breeds that have a similar typology are included: more than 20 kilograms in weight, a thoracic perimeter of 60 to 80 centimeters, bulky head, short neck, strong muscles, a large jaw, deep mouth, resistance, and marked character.

If you have a dog of this breed when driving on public roads the dog must wear a muzzle and be on a short leash of a maximum of two meters that is not extendable. And, in private properties, and adequate enclosure must be guaranteed to protect people who approach from the outside.

Six ways to prevent your dog from being aggressive

1. Avoid the use of aversive methods, old-school methods such as the use of hanging necklaces, spikes, electric blows, yelling,…. Which can result in aggressive behavior.

2. Make sure that from puppyhood it grows gradually getting used to all kinds of surroundings, noises, people, dogs, moving objects, textures.

3. The more dogs you know – the better, your base of socialization will help you have less conflict, less fear, and more security.

4. Do not keep the dog tied all the time, that will create greater aggression due to lack of security, fear, defense.

5. Educate and guide them from puppies to prevent them from developing aggressiveness for the protection of resources.

6. In daily walks, the management of the leash is extremely important, let him be a dog, let him sniff, do not pull unnecessarily, enjoy the relaxation time with him, the walk helps us to know him more and create a strong connection of friendship.

Issues that are only allowed to small dogs are dealt with since these “pampering” would be impossible to manage in a large animal. However, we must establish rules in the same way as if we were to train a larger dog so that our small dog does not show aggressiveness.

The Small Dog Syndrome is the inappropriate behaviors that are allowed to impair the sociability of small dogs, turning them into temperamental animals and also annoying when living with them.

This consent and lack of education have common patterns and with training and perseverance, it can be reversed and eliminated.

Avoiding the Small Dog Syndrome is simple if an appropriate rule-based education is applied (dogs need rules to be able to live properly) from the time they are small, since, like people, it is much easier for them to assume normal and learn to behave if they are educated from an early age.

In this way, if we see that our dog is quite disobedient at home, we will teach him to be disciplined and not to grossly climb on the sofa or bark for no reason. If the problem is in the street, we will instill in our dog from an early age the fact not to pull on the leash and also the rule of keeping up, never ahead when walking.

Establishing rules, scolding if necessary, and showing that there are limits are the key elements for dogs to learn to socialize and live in community, in the same way as rewarding and giving caresses so that they know that they are behaving correctly.

What is the most annoying breed of dog?

For decades, the misbehaving dog has been seen – to a large extent – as the product of a lack of authority, discipline, and control on the part of its guardian. Besides, over time, certain stereotypes became popular that diverted attention from the behavioral problems inherent in some races.

Even today, the idea of the incompetent tutor has a following. However, for the most part, the evidence linking dog behavior problems with guardian performance is not conclusive.

Despite the scant evidence to support these ideas, animal behavior trainers and counselors propose that some particular types of dog-guardian interaction can help enhance dominance-related problems. Between them:

Commonly, there are many dog behavior problems for novice owners. However, other studies did not find statistically significant associations between these two variables.

Some dog breeds have certain innate traits that make them easier or more difficult to handle.

It is good to keep in mind that some traits that may seem inconvenient to a tutor may be the same traits that define their good performance in the jobs for which they were raised. For example, skills to stalk, hunt, be a guardian.

Thus, the most energetic dog breeds will need daily physical activity. Otherwise, they will throw tantrums of varying degrees of severity. It is your nature, but it can be challenging for your guardian.

It is important to bear in mind that any dog can be friendly or aggressive depending on the treatment and the environment in which it is found.

This article is not intended to imply that certain breeds are “bad” by nature, but rather to point out that in certain circumstances – such as when there is loneliness, lack of socialization and education – they may behave differently than expected and desired.

The wisest thing to do when acquiring a dog is to be well informed about its vital impulses and, based on that knowledge, consider whether or not you can give the new member of the family the dedication they would need.

Whoever chooses to adopt or buy an animal must be clear that the basic needs of the living being will depend on the whole life of his human: his diet, his hygiene, his health, his education, his socialization … Everything.

Many people act on impulse and acquire an animal for the sake of having a company and someone who welcomes them happily when they come home from work. Nor should we think that the needs of the animal will be satisfied simply by buying the most expensive products. They need attention and, very importantly, an education that requires time and patience.

FAQ on What dog breeds should be avoided?

What breed of dog kills the most?

The dog breed that is most likely to kill is the Pitbull. Pitbulls were responsible for the highest percentage of reported bites across all the studies (22.5%), followed by mixed breeds (21.2%), and German shepherds (17.8%).

Why are little dogs so annoying?

Little dogs are annoying because they suffer from Small Dog Syndrome. The Small Dog Syndrome is the inappropriate behaviors that are allowed to impair the sociability of small dogs, turning them into temperamental animals and also annoying when living with them.

Some of the strongest dogs in the world are considered to be Saint Bernards, Rottweilers, Mastiffs,  Irish Wolfhounds, Rhodesian Ridgebacks, and Siberian Huskies.