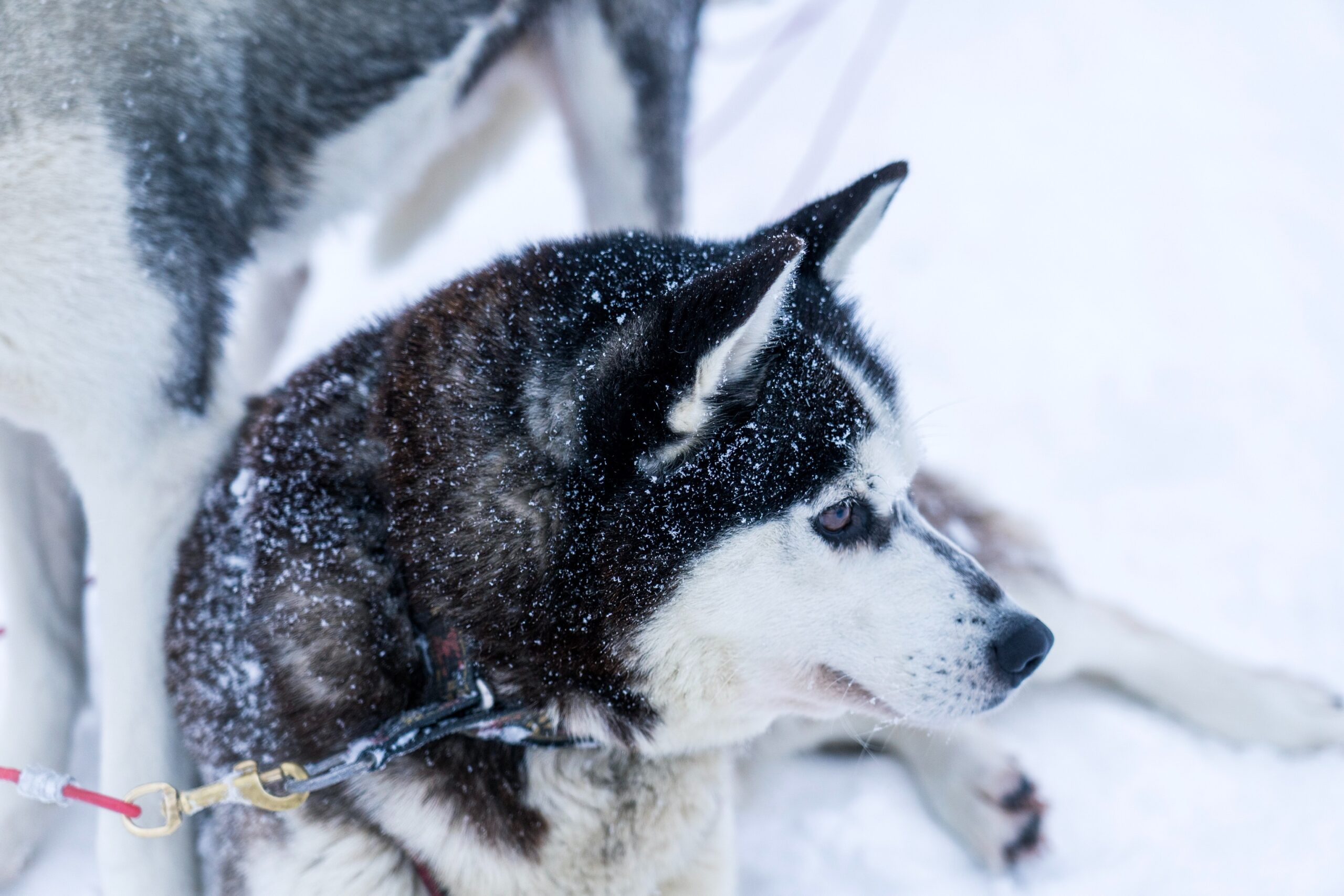 This may be an absurd topic for others but I’m well aware that there are people who desperately want to know the answer to this question. Some think it’s unethical and barbaric to eat a dog while some argue that this is a normal delicacy that should be enjoyed by humans.

In this blog, we’ll be answering the question, “what does a dog taste like?”.

A dog tastes chewy and fatty. It has a strong animal taste to it and can be compared to venison or squab meat, but not as succulent. It’s also extremely fragrant. Basically, it tastes like beef but better and much more flavorful. That is if you close your eyes and think that you’re not actually eating a dog.

Is it Okay to Eat Dogs?

Let’s settle this once and for all and answer this question. So is it okay to eat dogs? Well, it’s both a yes and no. I say this because it depends on the person’s mindset as to what is ethical for them or not. So there are two factions when it comes to this, there are those who agree that it’s fine to eat dogs and there are those who believe it’s barbaric and gross.

A dog is actually a delicacy in some parts of the world and some notable countries that still continue with this practice are China, Vietnam, South Korea, Nigeria, and Switzerland. This is legal to eat in these countries and in others as well.

A perfect example of eating dogs would be an event held in China called the Yulin Festival. This is where thousands, if not millions, of China’s populace, gather round to eat dogs. Some of the people who actively participate in this festival argue that there’s nothing wrong with eating dogs since other people eat livestock like cows, pigs, and chickens, and they claim it’s the same thing.

This kind of thinking makes sense come to think of it. The reason why a lot of people are against this is that a lot of us can’t wrap our heads around the idea that some people are actually eating domestic pets. The thought of eating dogs is completely alien to them.

But still, we can’t argue with the fact that dogs have been a delicacy in numerous countries for thousands of years. So it’s a matter of cultural taste and not moral worth according to an author named Julian Baggini.

People Who Disagree with Eating Dogs

There are a lot of people who are outraged by the act of devouring dog meat. Another reason as to why people hate this is because before the dogs are cooked and eaten, they can be seen stuffed in crowded cages, beaten, skinned, and cooked alive. Famous individuals like Simon Cowell and Ricky Gervais help online petitions to stop this seemingly gruesome act.

The results of the online petitions are a lot, by a lot I mean millions. Personally, I’m also disgusted by this but I would like to keep an open mind and understand both sides to this argument of “Is it okay to eat dogs?”.

Vegans are also coming in and claiming that this is indeed a sickening act, however, they continue to state that why are people not as outraged when pigs and other livestock are the ones being slaughtered and kept in crowded pens.

Nonetheless, the majority of people believe it’s truly unethical to eat dogs. Dogs are man’s best friend and they’re intelligent animals that develop a bond with their masters, something that’s truly remarkable and one of a kind.

Based on claims from numerous people who’ve tried dog meat and documented it, they all claim that the taste of dog resembles that of a lamb, pork, or beef. The meat is described as meaty, hearty, and succulent. Its taste is very flavorful and the aroma is intensely good. The red meat is cooked and mixed with spices in order to enhance the intensity of the flavor.

So in short, dog meat is extremely delicious.

We’re well aware of all the exotic cuisines spread across the globe and when you see dogs on the menu, then don’t be surprised. Dogs are actually a cuisine in the following countries:

This country is known for eating dog meat and they have a good reason behind doing so. Millions of dogs are being eaten in Vietnam every year. There are tons of slaughterhouses spread across the country and most of them solely dedicated to dog meat. When dog meat is in demand, they even cost more than pigs.

The locals believe that dog meat is healthy for consumption and may even have medicinal properties. The sad part is, the way dogs are being slaughtered is through unsanitary and barbaric means.

Dog meat has been a delicacy in China for over 7,000 years and it still is today. Families and restaurants still practice this tradition to this day. Although there are some parts of China where they have banned the consumption of dog meat, it’s still being done either way. There’s an instance wherein dog meat was being sold during the 2008 Beijing Olympics.

The locals in South Korea treat dogs as livestock and not as pets. The dog called nureongi is being raised like livestock, then the dogs get slaughtered and cooked. This breed is not being kept as pets because they’re for eating. Koreans also believe that dog meat is very healthy, especially for those who just had a medical procedure.

In some parts of Switzerland, residents eat dog meat as jerkies. 3% of Swiss people consume dog meat. The way dog meat is prepared in this country is by putting salt in the meat, drying it until it becomes jerky-like.

They also have this belief that dog meat can treat rheumatism. Although a lot are against the consumption of dog meat, it’s not illegal in Switzerland.

The Malay people introduced the Filipinos to eating dog meat. So Filipinos didn’t originally have this kind of tradition. To this day, dog’s are still being eaten in some parts of the country, although it’s not as common as it were centuries ago.

Filipinos eat dog meat for various reasons like religious practices, and daily living. The meat is prepared by cooking or roasting, then spiced and put in a sauce.

The locals in Poland use dog fat in making lard because they have this belief that dog lard has medicinal benefits in treating joint pain and body aches. This type of practice is being frowned upon by others in the country and people who still do this tradition get arrested.

Despite that, it’s still being done in some parts of Poland.

Dog meat is popular in this country and their reason for consuming dog meat is due to socio-political reasons. They have this belief that the dog protects you when you are alive, and when the dog is eaten, it continues to guide you even when it’s dead.

This is a small country in Africa that has celebrations wherein they consume dog meat and it centers around friendship, family, and bonding. Another reason as to why these people eat dog meat is once someone dreamt of death, they must consume dog meat as a symbol of sacrifice in order to ward off death.

Their method in preparing dog meat is by seasoning it, boiling and then eating it. Then it depends on the family tradition on how they consume dog meat, and sometimes there are even instances where families don’t eat the meat at all.

The majority of the people of Cameroon take their dog meat from strays and usually younguns do all the hunting since it requires skill. They also eat dogs for specific rituals and this practice continues to exist today in some parts of Cameroon.

They prepare the dog meat by drying, smoking, and seasoning it. This dish is being served in families and restaurants and they have shown a fondness especially to the neck part which I think tastes the best which is why they favor it so much.

Cat meat is also a delicacy in most Asian countries. If you would compare the two meats, the red succulent dog meat would be the clear winner. Cat meat is not as tasty and tender as dog meat. It tastes pretty average according to some and it’s not something you’ll look forward to eating again in the future.

In this blog, we have finally answered the question to “what does dog taste like?”. Hopefully the information within this blog has proven to be of help for you and has enlightened you in some way. And when it comes to thinking about whether the consumption of dog is ethical or not, well, it all boils down to how you perceive the act itself.

Yes, it tastes really pleasant. It’s like a cross between two livestock meats, but better. It has a rich red meat taste and is succulent. And it tastes better than cat meat according to some people who have tried both meats.

Cat meat tastes sweet and is tender according to those who have tasted it. It sells for about $50 to $70 depending on its size and the manner it’s been prepared and served. This makes cat owners afraid to let their feline companions stay outside for too long.

Are dogs meant to be eaten?

Based on historical facts, the consumption of dog meat has been a tradition shared by countries all across the globe. Today, dog meat is still being consumed by the likes of China, Vietnam, South Korea, Switzerland, and Nigeria. It’s actually legal to eat dogs in other countries as well.

Why do we eat pigs and not dogs?

A lot of people would typically argue that dog’s shouldn’t be eaten because they’re man’s best friend. Pigs and other livestock on the other hand are not and they’re bred and raised to be consumed by humans. But when it comes to intellect, pigs usually outsmart dogs.

Do dogs have souls?

There have been studies made in the sector of Spiritual Psychology that dictate dogs do indeed have souls. A dog’s soul has the capacity to bond with a human’s and in death, the dog’s soul goes where the human’s soul ends up. Moreover, the dogs have been given the “breath of life”, however, this is different to a human’s immortal soul.