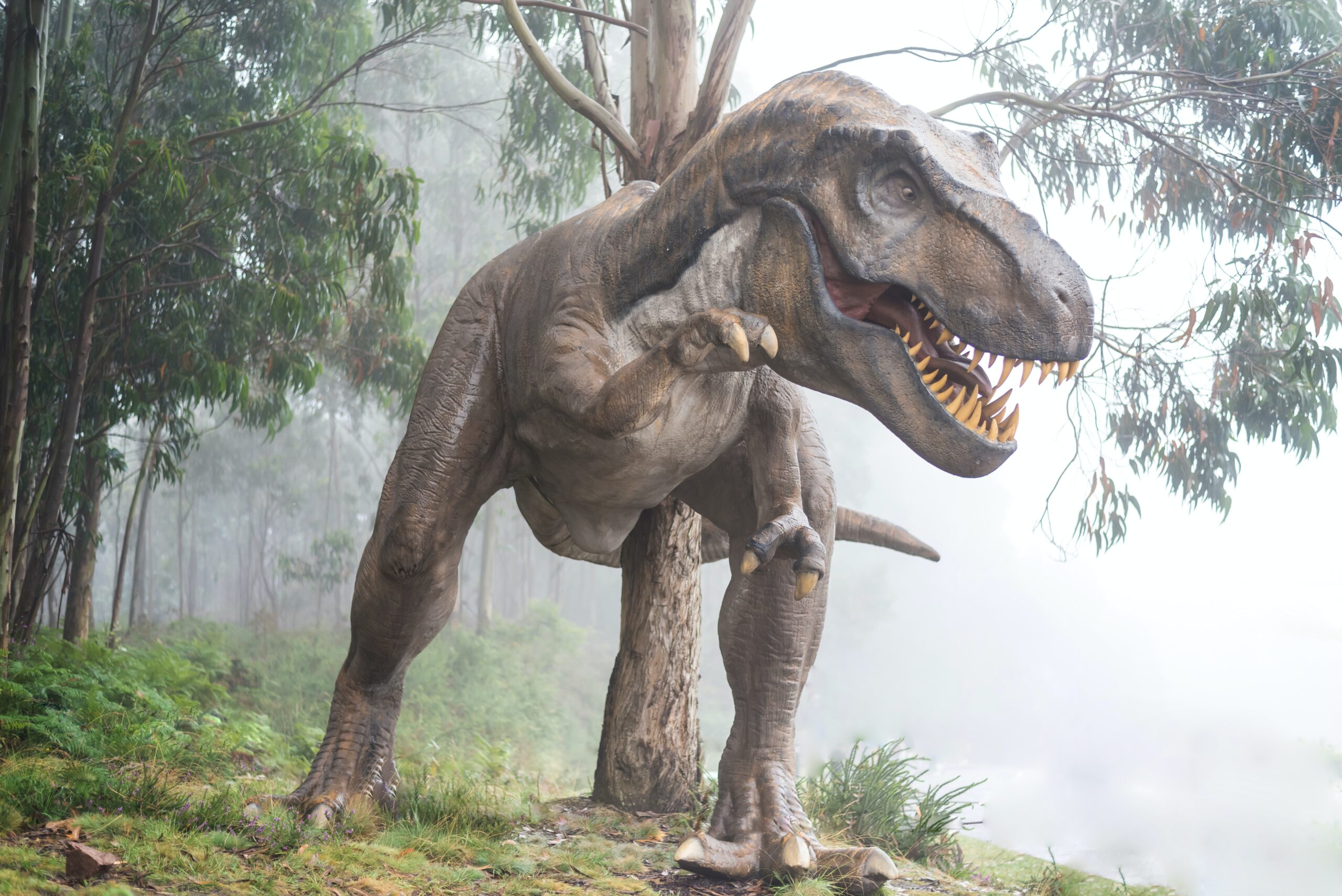 In this article “What dinosaur has the sharpest teeth?” We will cover tyrannosaur rex teeth and the types of teeth of different dinosaurs. We will also cover the discovered dinosaurs and their feeding adaptation. Lastly, we will discuss some facts about dinosaurs.

What dinosaur has the sharpest teeth?

Tyrannosaurus has the sharpest teeth among all the dinosaurs that lived in this world. They are the most fascinating dinosaurs in the world. They cut the flesh of their prey with their razor-sharp teeth instead of crushing the skull of the prey. Not only that, but they are giant predators and are very dangerous. The dinosaur that has the sharpest teeth can take down their prey very easily.

They are carnivore creatures. Not only they are giant carnivores but there was something more dangerous than this dinosaur. It was the “shark tooth lizard” that haunted the minds of the animals for tens of millions of years ago. They rise before tyrannosaurus and ruled the land before and during the age of tyrannosaurus rex. The palaeontologists named this shark tooth lizard as Carcharodontosaurus. They were also impressive carnivores.

A new specie named Siamraptor suwati is discovered from Thailand. It is very difficult to discover bones of dinosaurs from this part of the world because these rocks are covered with layers. Layers of the right age and type can give us the bones of dinosaurs. The fossils are easy to find in the western United States and China.

The palaeontologists have found many bones like the spine, hip and the skull of this new creature. Many of the teeth of this creature are like the Carcharodontosaurus. They move very fast and are impressive hunters.

There are many differences between tyrannosaurus and Carcharodontosaurus. They seem to be broadly similar. Snouts of T.rex are broad and round while the snouts of Carcharodontosaurus are tall and narrow, having sharp blades like teeth.

As said by the palaeontologist of the University of Maryland named Thomas Holtz, “The bite in tyrannosaurids was bone-crushing like a hyena or an alligator, while those in Carcharodontosaurus were more shark-like and slicing.”

Tyrannosaurs are adapted to wrenching off the flesh from the skeleton, but they do crush the bones of the prey with the strong force of their jaws. On the other hand, Siamraptor only wrenches the flesh off the bones but does not crush the bones.

The number of teeth and the types of teeth depends upon the type of dinosaurs and its feeding habit. Generally, the carnivores have sharp pointed teeth to cut the flesh of their prey. The carnivores dinosaurs have the sharpest teeth. On the other hand, herbivores have flat teeth like that of human molars to crush and grind plants. Omnivores have both canine and molars teeth due to their varied diet.

Most of the dinosaurs have grinding and nipping teeth because they feed on plants. Duckbill has a great number of teeth. Hundreds of teeth in rows. The meat-eaters have pointed sharp teeth. T.rex has the largest and the sharpest teeth up to the size of the banana. Dinosaurs shed their teeth more often when they are eating. They are not like us who have given only two sets of teeth.

Some dinosaurs do not possess any teeth. These dinosaurs probably feed on meat, plants or fruits. One of the examples is Ornithomimids. They grind their food with their hard gums and then digest it further in the stomach.

The secret behind the success of T. rex

As we know that this T. rex has the sharpest teeth. We will discuss why this dinosaur has the sharpest teeth. Scientists performed a comprehensive analysis of the group of carnivores named theropods. Theropods were the largest and the sturdiest land predators. They appeared 200 million years ago and ruled the world until their extinction which is about 65 million years ago.

Palaeontologist Kirstin Brink said that the evidence of the fossil gives us the idea that the T. rex can crush the bones of its prey.

Brink also said, “But the serrations were most efficient for piercing flesh and gripping it while ripping off a chunk of meat, called the ‘puncture and pull’ feeding style.”

The scientists have studied the teeth of the dinosaurs microscopically starting from the small Coelophysis to large semi-aquatic Spinosaurus.

They measured the size of the teeth of the tyrannosaurs and the Carcharodontosaurus and came to know that the size of both species of dinosaurs were 9 inches or 23 cm.

They also came up with the idea that the dinosaur’s teeth grow very rapidly after one is broken. Brink also said that it takes up to 2 to 4 years for tyrannosaurus rex teeth to fully grow, that is why the tissue underlying the teeth reinforce the teeth and the teeth are subjected to less damage and breakage.

The Komodo dragon which is a lizard that is 10 feet in height has serrated teeth that closely resemble the teeth of these theropods but these teeth evolved independently of the dinosaur.

So far we have answered our main question “What dinosaur has the sharpest teeth?” now we will move towards the facts about the dinosaurs.

Apatosaurus is a herbivores dinosaur that has teeth, but they do not chew plants but instead swallow it. They had chisels like teeth.

Some dinosaurs are only known because of their teeth. This means that the fossils that were found were only the teeth of the dinosaurs. One common example of these types of dinosaurs is Trachodon.

So far we have discussed many dinosaurs but the dinosaur that has the sharpest teeth is still tyrannosaurus rex.

Dinosaurs have a variety of species and they all have different feeding habits.

One of the strangest dinosaurs is therizinosaurs, most of the dinosaurs ran after their prey killed them. But this dinosaur was adapted to eating plants, although they belong to featured theropods.

A new dinosaur species is discovered from central Queensland in Australia. The new dinosaur is 93 million years old and is similar to the tyrannosaur genre of the dinosaurs.

It is a medium-sized carnivore dinosaur much like a megaratoid. The megaraproid belongs to the same category as that of T. rex but 3D analysis has shown that there is a slight size difference which clearly indicates that it is a new species.

Megaraptor weight half a ton and preyed on other dinosaurs. This dinosaur has serrated and blade-like teeth. They have broad feet which distribute their weight on a much larger surface area.

The teeth of this dinosaur were also found near sauropods dinosaurs indicating he was a hunter of long-necked dinosaurs. He would hunt down these long-necked beasts and with the help of its razor-sharp teeth tore them into pieces. They had canine teeth. He has claws which he used to take down his prey.

Majungasaurus roamed Madagascar about 70 million years ago. They were so hard on their teeth that they had to replace it about every two months.

The replacement of the teeth is about 13 times faster than most of the dinosaurs.

They are good on flesh but are not good with the bones. Rodent bones do give them some nutrients.

Researchers came to know that there are rings around the teeth of these dinosaurs. These rings are not like the annual rings as most of the cases of mammals. But in the case of this dinosaur, each ring represents each day.

The quick replacement and regrowth of teeth are so rapid that it lines up with the shark ability of teeth replacement.

Feel free to ask anything about “What dinosaur has the sharpest teeth?” in the comment section below.

FAQ; What dinosaur has the sharpest teeth?

Frequently asked questions of “What dinosaur has the sharpest teeth?” are:

What dinosaur has 500 teeth?

Nigersaurus has about 500 slender teeth. It is a genus of rebbachisaurid sauropod dinosaur that lived about 105 to 115 million years ago. They have 500 replaceable teeth. They have unusually broad, straight-edged muzzles.

Which was the smartest dinosaur?

Troodon is the smartest dinosaur with a relatively large brain as compared to other reptiles. They are of small size. The animal is as intelligent as modern birds.

What was the meanest dinosaur?

Utahraptor was considered more cunning and meanest of all the dinosaurs. Initially, it was tyrannosaurus rex but over time further studies concluded that it was Utahraptor which was the meanest among all.

It was exaggerated about its intelligence, but it couldn’t prove that intelligence in real life as it was shown in Jurassic Park in the movie “Jurassic World”.

How long would a dinosaur live?

It was estimated that the sauropods lived around 300 years, compared with crocodiles and turtles. But now the consensus is that the Diplodocus and the Apatosaurus only lived for 70 to 80 years, which is an average life span of an elephant.

Can anything kill Rex?

Yes, scientists believed that caiman can kill the tyrannosaurus rex. It lived around 8 million years ago. It has a bite force which is twice than that of T. rex.