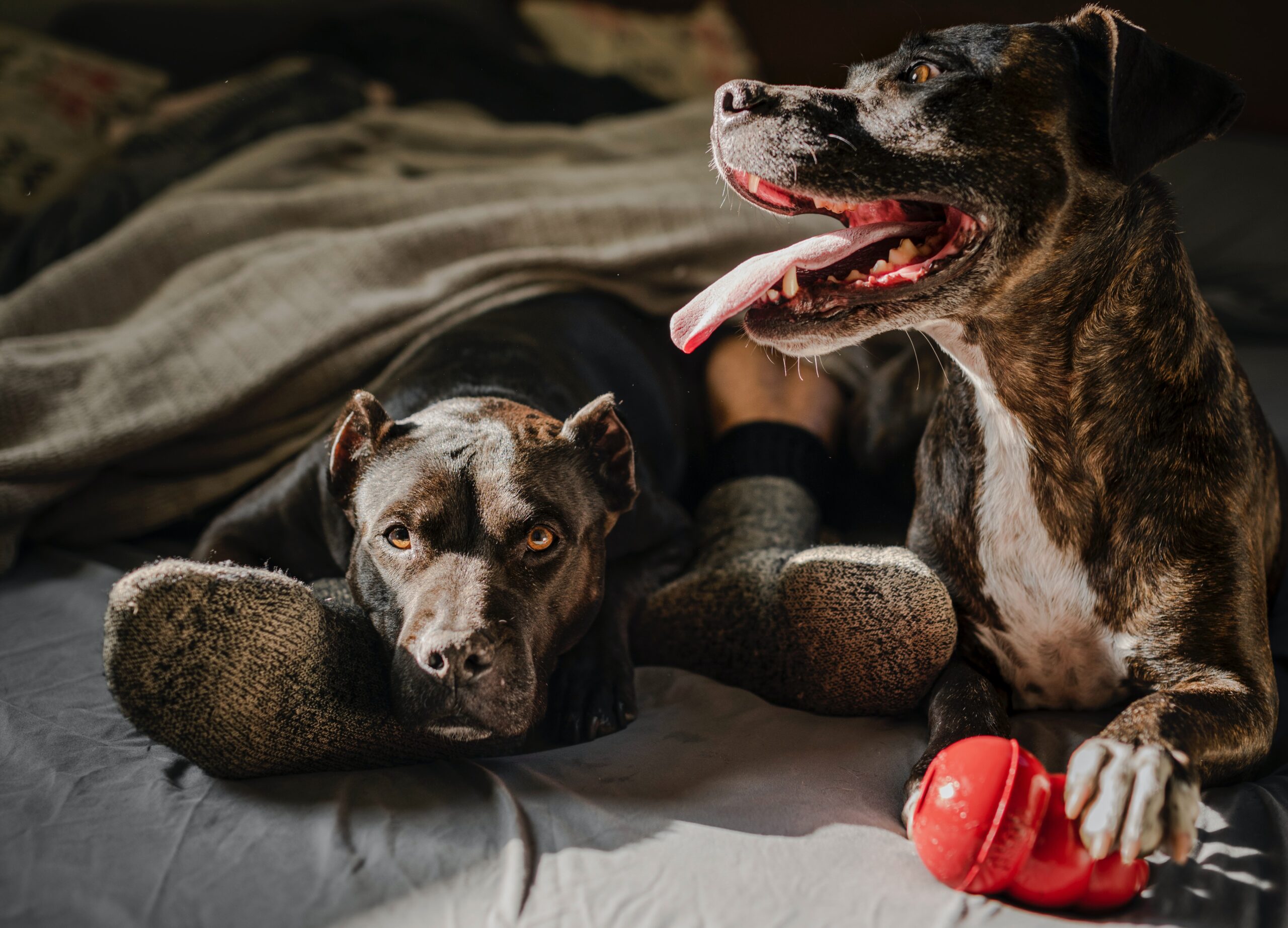 This blog will enumerate what food dog owners used to feed their dogs before dog food was invented. The process of how dog food was introduced into the market as well as what the best dog foods are out there today are also explained.

An electrician named James Spratt, in 1860, developed the first ever commercial pet food. Spratt came up with this idea after noticing in his journey from Ohio to the United Kingdom that dogs along the riverbanks of Northern London eat leftover hardtack, which are the dry biscuits that sailors used to eat on long trips.

Spratt knew that something had to be done for everyone to stop seeing poor dogs feed on leftover food. He introduced the first commercially-prepared pet food in England in approximately 1860. The first dog biscuit was a mixture of wheat meals, vegetables, beetroot, and beef blood.

His pet food business venture grew dramatically and was successful in that it met a new market demand and sold to English country gentlemen for sporting dogs.

But before this revolutionary development in pet food by James Spratt, it is worth wondering what dogs ate, besides leftover dry biscuits.

What did Dogs Eat before Dog Food?

During the time the commercial pet food was invented, there was no such thing as processed food so dogs ate whatever humans ate. It was even worse decades way before 1860 as dogs were not considered civilized companions yet and they primarily lived outside. So since they were outside, they had to settle eating raw meat or table scraps.

As a matter of fact, people fed dogs some of the strangest things over the years. They fed them cabbage, hardtack, and everything else we had on hand, even those that are not completely nutritious. Now, with more people taking an interest in personal health, fresh diets, the quality of food dogs ingest has risen dramatically.

As previously mentioned, dogs were not considered as civilized animals in the past. This means that no one would be around to feed them with leftovers so street dogs in port cities would linger by the docks to eat the moldy hardtack thrown away by sailors.

Hardtack is a biscuit made of flour, water, and sometimes salt. This was even considered as the inspiration for the development of the first ever commercial dog food by the Ohio electrician James Spratt. He observed that dogs in London eat thrown away hardtack by the sailors.

Commercial dog food and hardtack are similar in that both of them rely on grains and carbohydrates to act as fillers. This makes commercial dog food more affordable to produce in large quantities and easier for busy dog owners to feed their pups. The only downside, of course, is that this does not provide a balanced diet.

Carbohydrates were always present in early dog diets. Most, if not all people fed their puppies with bread, and in the Victorian era, some even believed that the meat was uncivilized and reverted dogs back to their wild, undesirable instincts.

Today, many commercial dog foods still rely on carbohydrates to supply the nutritional value that dogs ought to receive. Corn, wheat, barley, oats, and rice are the most common grains used to incorporate in pet foods with potatoes and sweet potatoes included in the mix as well. Carbohydrates are important in nourishing and providing the dog a balanced diet.

Wealthy dog owners before used to feed their dogs with diets that are rich in animal proteins. Dogs owned by medieval royal kennel masters are fed with nutritious stews with vegetables, grains, and meats.

Dogs owned by the less privileged, however, did not enjoy the meals enjoyed by those owned by the privilege. They ate what was eaten by the owner. Peasants before used to eat a lot of potatoes and cabbage so these were also the food fed to their dogs.

Horses in the mid-1800s often died in the city streets and dog owners had to do something so their meat is not thrown to waste. Horse meat was plentiful and the cuts were inexpensive so incorporating horse meat into the dog’s diet is a cheap way of nourishing the dog.

The early commercial dog foods also contained horse meat. In 1922, the commercial canned dog food Ken-L Ration had, as its main ingredient, horse meat. This remained popular for several decades because it was very affordable.

Before olive oil, there was lard. Lard is rendered pig fat and was plentiful in rural communities and is in fact still occasionally fed to sled dogs during bitterly cold nights on the trail.

Lard, although convenient, has risks of significant gastrointestinal issues such as gastroenteritis and possible pancreatitis, as well as obesity. This makes lard a poor choice for the dog.

How was dog food introduced to the market?

Businessman James Spratt introduced the first commercially-prepared pet food in England in approximately 1860. He took inspiration from seeing dogs eat leftover biscuits from ships so Spratt formulated the first dog biscuit which is a mix of wheat meals, vegetables, beetroot, and beef blood.

What are the best dog foods?

According to experts and veterinarians consulted by NBC News, these are the best overall dog foods.

This blog enumerated what food dog owners used to feed their dogs before dog food was invented. The process of how dog food was introduced into the market as well as what the best dog foods are out there today were also explained.