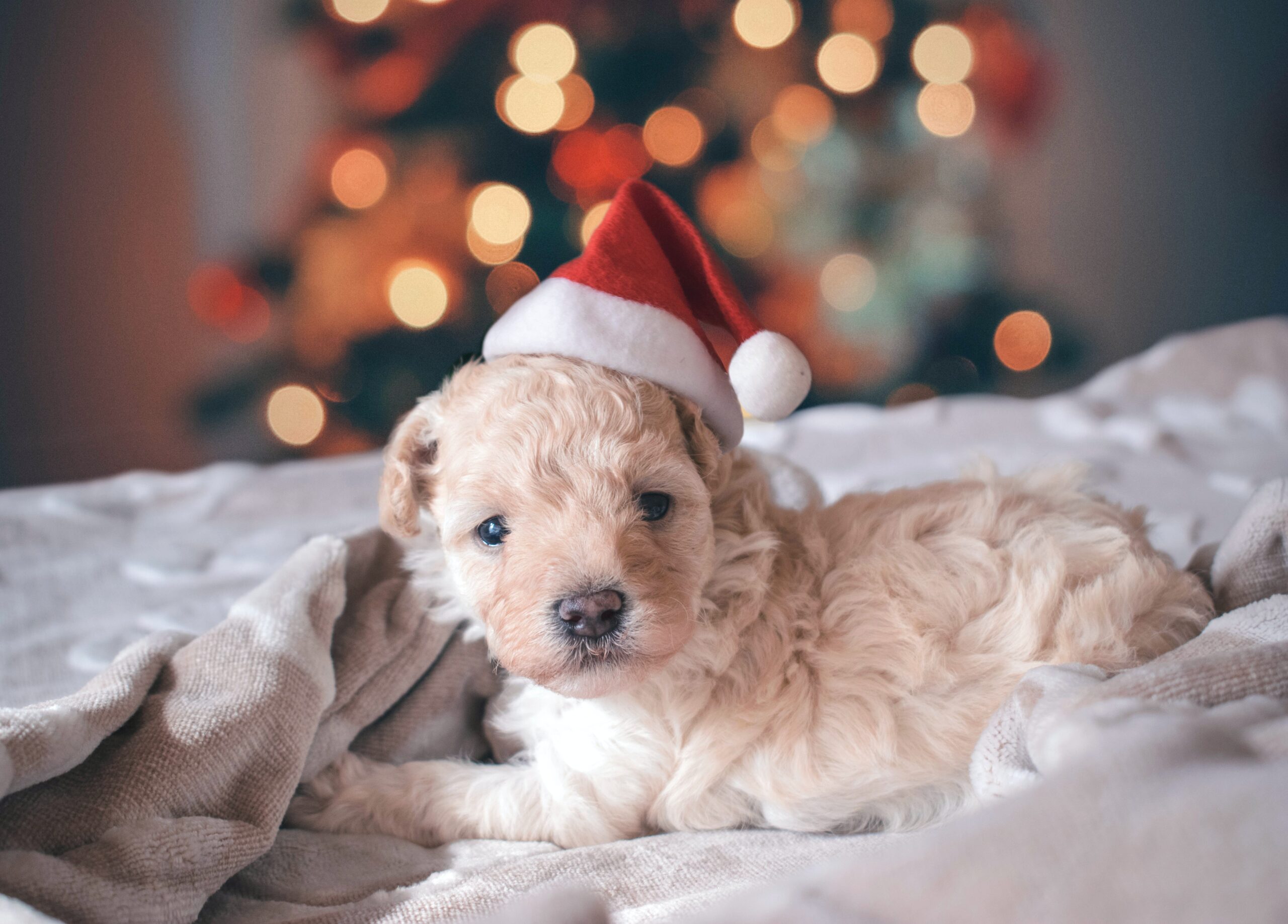 In this article, we will answer the following question: What breed of dog is the smartest and most loyal? We give you the top 10 smartest dog breeds and talk about the process of adopting a dog, and what you should pay special attention to.

What breed of dog is the smartest and most loyal?

The Border Collie is considered the smartest and most loyal breed of dog, followed by the Poodle, the German shepherd, the Golden Retriever, and the Doberman Pinscher. However, there are many other breeds of dogs that are also very intelligent.

Additionally, although certain breeds of dog can be tremendously intelligent, not all dogs of the same breed will be. The education of the dog will be essential to develop this characteristic.

Also, do not forget that before adopting an intelligent dog, you should assess that it also has other attributes that match your lifestyle: medium or small dogs, calm or active, affectionate, or independent … You need to do your research before acquiring a dog.

Characteristics of the most intelligent dogs

According to experts, there are three types of intelligence in dogs, which are the parameters that are measured to determine which are the most intelligent breeds of dogs:

Adaptive intelligence. It is the one in charge of learning itself. It measures the ability to improvise solutions to problems.

Instinctive intelligence. It has to do with genetics. This type of intelligence is something specific to each dog as an individual and is related to the tasks for which it is predisposed. For example, the instinct of dogs that are descended from hunters.

Functional intelligence. It also depends on genetics, and largely on the breed. It affects the learning of actions, obedience, and work. In short, your ability to learn. Unlike the previous two types, it cannot be measured by IQ.

Often times the most intelligent dogs are those that need the most exercise, attention, and training. In other words, those who need to be stimulated more mentally and physically. If they don’t get what they need, they will get bored, so it’s interesting that they get plenty of exercises, play with them, and get daily training.

What are the 10 smartest dog breeds?

Here is a list of what are considered the most intelligent dogs in the animal world.

This breed is considered the most intelligent dog of all. Most dogs are considered to have intelligence comparable to that of a 2-year-old. However, Border Collies are as smart as a 4-year-old. Very athletic and with overflowing energy, they constantly want to learn new things. If the owner does not keep it constantly active, learning, or working, it will seek its own entertainment.

This breed is capable of almost any task that is entrusted to it, especially those that involve movement and the use of its brain at the same time. Just like their shepherd ancestors.

One of the smartest, brightest, and friendliest dog breeds. He learns very fast and never tries to do new tasks. This type of breed is ideal for sports because of its great athletic ability.

Despite his elegant and perhaps a bit finicky appearance, he is an extremely intelligent dog. In any of its variants, toy, miniature, or standard, the poodle, this breed has been endowed with a powerful intelligence. Originally a hunting dog, he has adapted to become a diligent worker and faithful companion.

They are endowed with a great capacity for balance, they can learn to balance on top of a ball or jump through a hoop. If you want a circus dog, this is your breed.

A very active and hard-working breed, as well as faithful. They need to be busy most of the time, otherwise, they will tend to find themselves an activity that the owner may not like too much. If they get bored they tend to destructive behavior and run away to explore the terrain. If they are treated well, you will have a friend for life, since as a very intelligent dog it is capable of understanding human behavior very well.

You could say he’s too smart. This loyal and protective breed has so much anxiety and intelligence that it often results in anxiety. He needs a lot of mental and physical stimulation and is capable of learning most actions in a short time. This is one of the reasons why police and military use these dogs.

Much smarter than it may appear at first glance. Sometimes it can even seem sullen. Nothing could be further from the truth. This breed of dog is characterized by its independence and wisdom. It always waits for a signal from its owner to act. Always ready to please, it will create a bond with its owner that will last a lifetime.

Don’t be fooled by his puny appearance. It is one of the most intelligent small breeds that exist. Like most small dogs, the Papillon can be a bit stubborn. But if the training comes with rich rewards, he will learn very quickly.

One of the races that best read human behavior. They are generally affectionate and playful dogs with their family, and controlling and stoic with strangers. They are extremely protective of their own. They are capable of learning fast as long as they trust you.

Energetic, with a very sharp wit, bold, and a little stubborn, it is very difficult to deceive them. They are very agile dogs, and they need to be in constant movement, so at first, the training may seem like an impossible challenge to overcome. Do not give up, you will reap your fruits.

One of the smartest and most popular dogs, as well as one of the friendliest. This breed can learn almost anything you want to teach it. Their intelligence and love for humans make this breed one of the best for work or service. An ideal companion for any home.

How to choose a dog: tips to adopt

We have already addressed the issue of what breed of dog is the smartest and most loyal, now we will try to solve more specific doubts.

The issue of size is very important since each type of dog requires different care, so if we want to know how to choose a dog for our home, it is important to evaluate three questions:

What kind of house do you have: it is obvious that the space that a mastiff or a German shepherd will occupy is very different from that occupied by a poodle or a Chihuahua, and the mobility needs are also very different. You can make a Saint Bernard live in a flat, but you may not like it taking up the entire 3-seater sofa or having to collect its stools in a park.

The larger the size, the more food: although small dogs have a faster metabolism than large ones, in absolute terms the larger ones are real food vacuum cleaners, and from an economic point of view it is not the same to have a dog that eats 100 grams I think a day that one who eats 1 kilo a day.

Do you want one dog or several dogs: if we have several, the ideal is that they are of a similar size so that it is easy for them to relate. A Bulldog and a Pekingese may get along very well, but especially if they are puppies, they need the other to keep up with them, and that is easier with dogs with similar characteristics.

Do you want to adopt a purebred dog?

Purebred dogs can be found in shelters, but finding them requires more patience.

Another thing is that you want or are willing to adopt dogs of breeds that are especially difficult to place, such as potentially dangerous dogs or greyhounds from dog tracks. In that case, it is advisable to look for specialized NGOs.

Adopting a healthy dog ​​or an old/sick dog

In animal shelters, there are many old or sick dogs for adoption, and they are the most difficult to place in a good home, since they require more care, tend to get along worse with other animals (although this is not always the case), and, above all, require medication, visits to the vet …, that is, they are more expensive to maintain.

Although the process itself is similar in all of them, some require more requirements from the adopters than others. The basic requirements are:

It is also usually agreed that if the animal dies or escapes or loses the protector, it is notified. The protector has the right to check the documentation and request other things, such as visiting the adopter’s home or forcing a previous reception period before giving the animal up for adoption.

Normally, it is necessary to cover the costs of placing or changing the data of the identification chip and of the vaccines, in addition to paying for sterilization if the protector has taken care of it since these types of NGOs never have excess money and everything that they can recover is necessary. In addition, those expenses would have to have been borne by the owner if they had had it since a puppy.

In conclusion, we want to emphasize the importance of education when it comes to the behavior of dogs. Of course, genetics play an immense role, and breeds such as the Poodle, the German shepherd, the Golden Retriever, and the Doberman Pinscher have some innate characteristics. However, we remind you that there are many other breeds of dogs that are also very intelligent.

Not infrequently we are impressed by their intelligence. If you have a dog, you’ve probably been surprised at least once that your furry friend understands everything you tell him. And when you scold him, caress him, praise him, call him. Sometimes he wants to listen to your commands, other times he pretends not to hear. Many times, we call this the dog’s intelligence and we are mostly right.