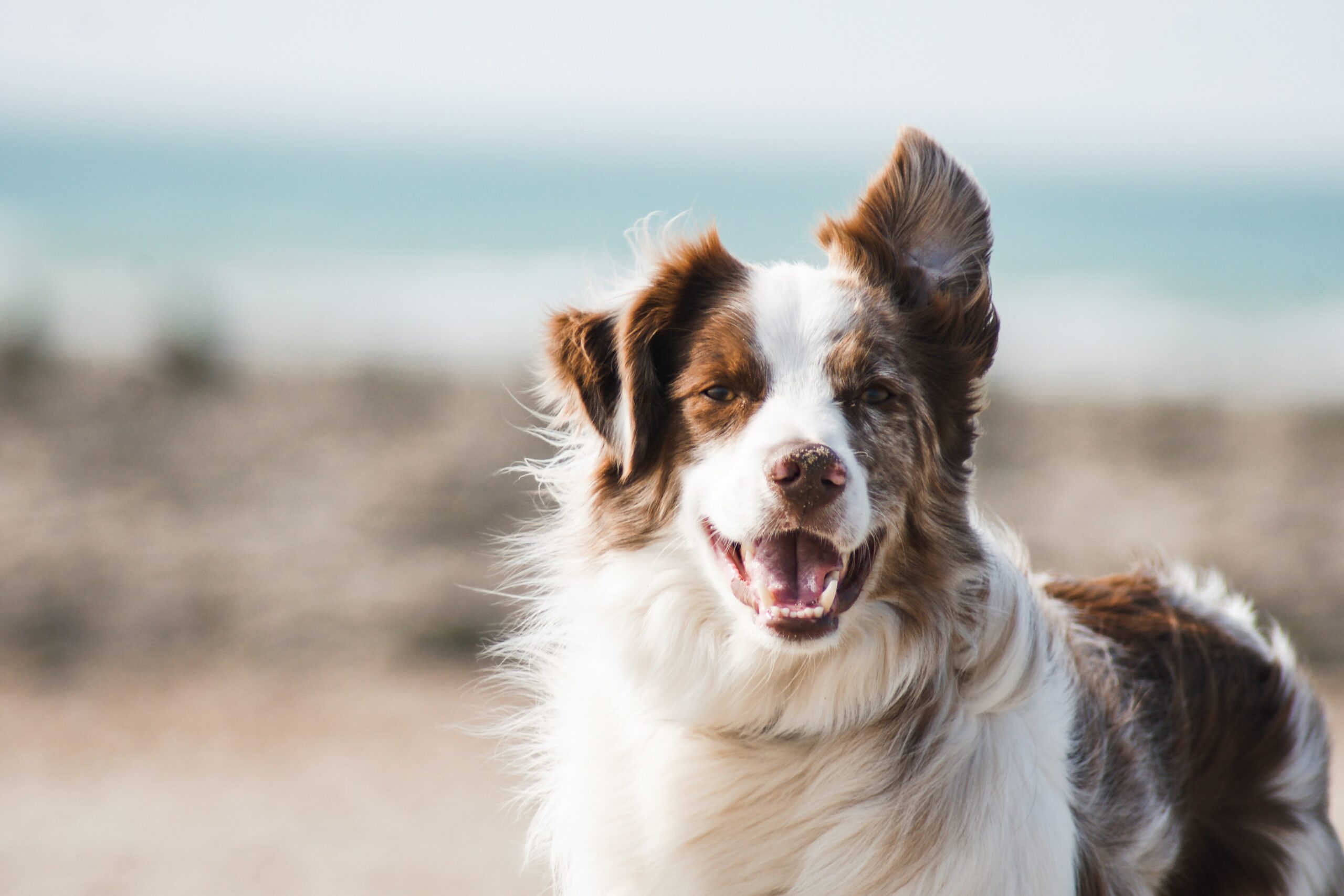 In this blog post, we will answer the following question: What are the hardest dogs to potty train? We will talk about 10 breeds of dogs that are famous for being independent and harder to train. We also give you valuable tips on how to potty train a dog.

What are the hardest dogs to potty train?

Some dog breeds are known to be more difficult to potty train than others, and are often not recommended as a “first dog”. This is particularly the case with so-called “primitive” breeds (the Canaan Dog, Thai Ridgeback Dog, Pharaoh Hound, and Podengo Portugueso)  and Japanese dog breeds (Shiba Inu, Kishu Ken, Shikoku Ken, Hokkaido Ken, Kai Ken, and Akita Inu).

Before starting a controversy, it is very important to understand that a dog that is difficult to train does not mean that it is a silly or dull dog.

Just as there are breeds that are easy to train, there are others which, by their character and genetic predisposition, are not animals inclined to obedience, require numerous repetitions of the same order to respond to training. or are simply of such an independent nature that they are not very willing to participate in long training sessions.

In these cases, specialists indicate that some breeds have more limited intelligence for obedience than others. Knowing clearly which dogs are the most difficult to train will allow you to know how far you can go with your pet and also to understand his character and nature.

The Shih Tzu is a breed that originated in China frequently used as a guard dog, although it is now more widely known as a companion dog. Although he is an affectionate, intelligent, sociable, and lively animal, he is also a very independent dog who does not support long training sessions (even if he responds to the basic commands necessary for a good cohabitation).

The basset hound is a breed with a very characteristic appearance, an excellent bloodhound with a hunting background. Although today it is mainly used as a pet, you should know that this dog is extremely independent, so much so that it gives the impression of not needing its owner as much as other dogs. This makes him less prone to obedience and a difficult dog to potty train.

The Mastiff is a dog with a quiet and docile character, perfect for those who wish to have a companion who is not too energetic. It is a noble animal that adapts to the whole family. However, the Mastiff is known to be a dog hard to potty train.

The Pekingese, also of Asian descent, is a very common pet that adapts perfectly to living in a modest space like an apartment. You have to take care of his coat and you should also know that he is an excellent companion but has a strong personality which does not always obey orders. The best is to educate him from the first weeks after birth.

The bloodhound is a breed bred from the basset hound, retaining certain traits of this animal. This is a bloodhound-type specimen, with an excellent sense of smell and good at tracking and hunting. With a quiet character, he is independent and therefore has difficulty following many training orders.

The Borzoi or Russian Greyhound

The Borzoi or Russian Greyhound is a dog that we are not used to seeing in France or in Europe. This is a dog with an elegant and stylized appearance, very attractive to those who appreciate aesthetic pets. It is a quiet animal, with a balanced character which, however, is not very sociable with strangers, which is why it is important to dispel its natural distrust by socializing it with other dogs and people as soon as it is born.

The Chow Chow, originally from China, is a dog with a peculiar appearance that not everyone likes. Its abundant and soft coat requires great care and frequent brushing to avoid knots, strong odors, and also to control the presence of hairs in the hearth.

He is a good pet, but he is a dog with a stubborn character who does not like to receive orders; it is, therefore, fundamental to train it from birth to soften its character. In addition, it is a very reserved animal that requires early socialization.

Known as an excellent guardian, the bulldog is a dog with very particular physical and behavioral characteristics. Although they are generally playful when they are puppies, over time they develop into quiet animals that do not tolerate physical activity too much as they are brachycephalic.

It is the perfect dog for people who live in an apartment and don’t want to have a pet that requires too long walks, exercise, or constant play.

Want a dog that won’t bark? Then the basenji is for you. This animal of African origin utters a song instead of a bark, which is why it is quite well known among dog admirers. However, it is not very prone to training animals, so do not expect it to perform great tricks or obey many commands.

The Afghan is such an elegant and special looking breed that it is impossible to forget. However, this is an animal that needs a lot of attention because its coat must be brushed almost every day, it needs affection and becomes sad if left alone for too long.

In addition, he is a dog with an independent personality who listens to his master only when he really wants to, something that is obvious to the latter and sometimes complicates the training.

How to potty train a dog

The worst part about potty training a puppy is enforcing a system of punishment that is useless and ineffective!

Professional dog trainers and scientific research are unanimous: sticking their nose into it and correcting it physically is useless and especially not for teaching your dog to go outside for his needs.

Worse, it can destroy the human-dog trust bond or create excruciating fear in your dog.

This fear can escalate in two possible ways:

Remember that your dog loves you no matter what he does and what mistakes he may make.

I’m sure some of you should be relieved to learn that this method is pointless because seeing your carpet completely ravaged by your puppy is hard, but correcting your puppy and seeing him staring at you with round eyes and completely scared must be even harder for some of you!

The education of a dog requires certain knowledge which avoids a lot of suffering for the owner and especially for the dog (and incidentally for the carpet).

Use newspaper or soaking wipes to get your puppy used to use the place you have determined to be his “toilet”. Once the dog is vaccinated and used to the newspaper, begin to make frequent trips outside.

If the dog does his business when you return home, use the technique of going back to the door and turning to continue the walk, repeating this move until your dog empties outside.

Remember: Reward and reinforce the successes, but do not use punishment, it is traumatic and counterproductive. Never, never, never, rub his snout against his needs. This method is unhealthy and disrespectful to your friend.

If it is an adult dog that was evacuating outside, consult your vet.  If it is an adopted dog or has just arrived at your house, start with frequent trips. Take it out in the morning, after meals, or after vigorous physical activity.

Go out at least three times a day and enjoy the walks!

Also, if an accident happened, do not clean with bleach or ammonia. There are products on the market to eliminate urine odors.  Water with vinegar or lemon is a very effective product in eliminating odors.

The dog may urinate from marking, submission, excitement, fear, or separation anxiety. Study these cases to treat them in the most appropriate way.

FAQ on What are the hardest dogs to potty train?

Does looking after dogs get easier?

Yes, looking after dogs does get easier, but you have to be extremely patient. A puppy is just like a baby. Gradually, he will learn how to behave, he will get adjusted to the environment and your family.

Is it worth it to have a dog?

It is worth it to have a dog, but only if you are ready to commit. Once you know what you have to sacrifice and you are okay with that, then a dog is going to bring so much joy in your life!

At what age are puppies most difficult?

Puppies are most difficult between the ages of 8 months to 18 months, according to most veterinarians. This is a challenging period for any dog owner.

What is the best age to give puppies away?

The best age to give puppies away is at 7-8 weeks of life. This is the best time for the puppy to meet his new family and adjust to a new environment.

What is the calmest dog to have?

Among the calmest dogs to have are the following breeds: Labrador Retriever, Great Dane, Pug, Golden Retriever, Newfoundland.