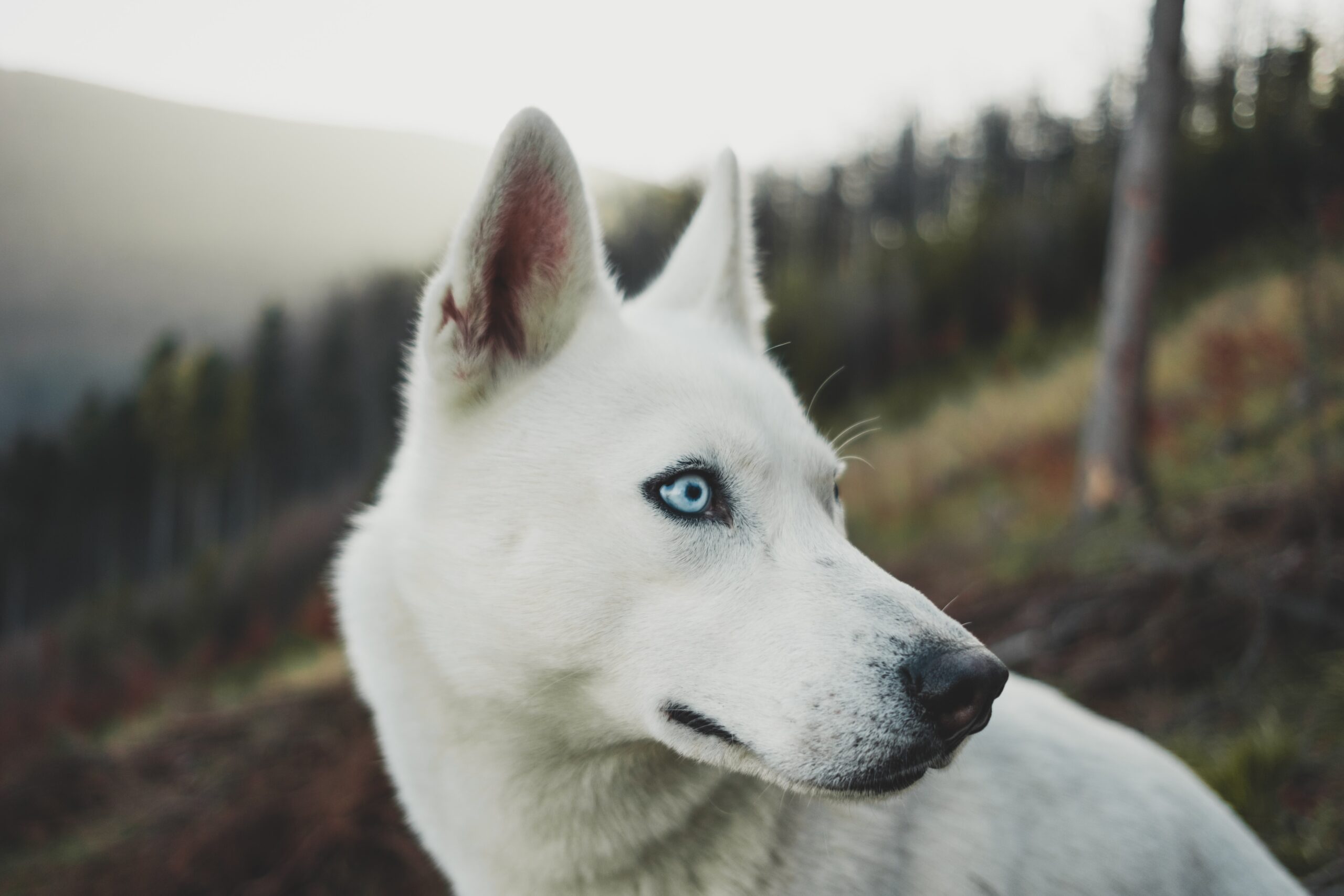 This blog post will talk about Husky Teacup Dogs. It will also cover topics like the maximum size teacup huskies get, the lifespan of a teacup husky, and more facts about the teacup husky.

A normal size Siberian Husky is one beautiful dog. Many dog owners would kill for a Siberian Husky because of how attractive and good-looking it is. But picture a Husky, but it’s way smaller, wouldn’t that be the cutest? You would think that would be impossible! Well, you thought wrong. Teacup huskies exist and they are the cutest out there!

The first mini huskies were seen in 1990 when Bree Normandin decided to breed this type of husky because he wanted to achieve a companion-sized version of the full-size Siberian.

However, purchasing a mini husky will be expensive as the cost can range from $750 to $1200 depending on where you get it from. This dog is also not the type of a dog you can adopt from a shelter. This is a dog that will cost money and require you to go to a specialist breeder to adopt.

Some breeders have also tried to breed a mini husky with a Pomeranian or a similarly small dog in order to even make a more miniature and teacup Siberian Husky, or as some like to call it, a teacup Pomsky.

How big do mini huskies get?

What color are mini huskies?

Mini Siberian Huskies come in the same colors as normal size Siberian Huskies. In other words, they can be any color variation between black and white, and are known for their usual patterns and markings over their bodies and heads. Their eyes can be brown or a piercing blue in color.

How long do mini huskies live for?

The average lifespan of a mini husky is somewhere between 12 and 14 years. This is the case for a full breed Siberian Husky but for mixed breeds like a mini Pomsky, they may enjoy a longer lifespan because Pomeranians typically live longer than huskies.

Risks and Drawbacks of Teacup Huskies

It is impossible to breed a teacup Siberian Husky without any catch. Any good thing, or in this case, cute thing has its own corresponding drawback. These are considerations you should understand before you get a teacup husky.

Because of its unnatural size, teacup huskies are susceptible to hypoglycemia, which is caused by chronic low blood sugar. This could lead to seizures and possibly even kill them when not monitored.

This is why you should take your teacup husky to the vet regularly for treatment and medication if any sign of seizures are seen. Even without noticing signs of seizures, regularly going to the vet will help you take good care of your dog and ensure that their health is in perfect condition.

Another drawback that comes with the teacup Siberian Husky, or the Siberian Husky, in general, is that they shed frequently. Although, regular baths and grooming can reduce the frequency of the shedding.

As a teacup Siberian Husky owner, it will be very easy for you to train this breed as they are a very intelligent breed with fantastic memory. The drawback in the training process of a teacup Siberian Husky, however, is that they have an enormous amount of energy, which can be a cause for them to lose focus and disrupt your training sessions.

To combat their loss of focus during training, you can try to create a regimen of daily 5 minute, 3 times a day, training session.

A more detailed method of training the teacup Siberian Husky is found in this article by Mini Husky Lovers.

Just like its parent breed, the Siberian Husky, the Teacup Siberian Husky is just as energetic, friendly, loyal, and curious as regular-sized huskies.

These attributes make them a great pet for environments with children or other pets. They are also not known to be territorial or aggressive with other dogs, as some breeds can be.

Teacup Huskies are an entertaining and engaging breed which loves attention from its owner. But their curious nature does make them a little mischievous! They can find ways to get into and around things they aren’t supposed to.

They are also known to howl more than other dogs — just like normal huskies and their wolf ancestors!

How much exercise does the mini husky need?

Compared to the full size Siberian Huskies, mini huskies are lower maintenance when it comes to exercising. Nonetheless, they still require daily exercise and plenty of playtime outside that.

One thing you need to make sure when taking a mini husky outside for a walk is to always keep it on a leash as they are known for being great runners that can cover huge distances so you’ll always want to keep them pretty close.

Are mini huskies good with kids?

Mini huskies have a very gentle, intelligent and friendly personality so they are a good fit for households with children. However, it is still imperative to ensure that all play is supervised as huskies can be quite high energy dogs and tend to run around the house thinking they are only playing.

If you really want to have a mini husky, it may be a good idea to get your child involved in any training program you are using with your dog. This allows both child and dog to build up their trust toward each other and become lifetime pals while doing so.

Any one-on-one time between your child and the dog should be supervised by an adult to make sure that nothing serious happens.

Do mini huskies bark a lot?

Mini huskies are not aggressive guard dogs so hearing them bark too much will be unlikely. However, when they do bark, they tend to sound much more like their wolf ancestors rather than a normal dog so they howl instead.

This may, at times, be disconcerting but you will get used to it quickly. Dog owners who own husky have their huskies howling rather than barking too!

This blog post talked about Husky Teacup Dogs. It also covered topics like the maximum size teacup huskies get, the lifespan of a teacup husky, and more facts about the teacup husky.

How long do husky teacups live?

How much is a teacup Siberian Husky?

Purchasing a mini husky will be expensive as the cost can range from $750 to $1200 depending on where you get it from. This dog is also not the type of a dog you can adopt from a shelter. This is a dog that will cost money and require you to go to a specialist breeder to adopt.

What teacup dogs are bad?

Common health issues in so-called teacup puppies include things like liver shunts, hypoglycemia, heart problems, open soft spots on the skull, collapsing trachea, seizures, respiratory problems, digestive problems, blindness, and the list goes on. Many of these issues are life-threatening and very expensive to treat.

Why are teacup dogs so expensive?

It has taken years of breeding and downsizing of parents to produce the “teacup puppy”. There are a lot of sacrifices that go into breeding tiny puppies. They require around the clock care for the next 3 months and for the extra tinies even longer.

When properly trained, the Mini Husky makes a great family pet because they are very loyal and affectionate. They tend to get along well with children and are not aggressive with other dogs. Though the Mini Husky may chase cats, they can be trained not to.

Siberian Huskies are smart and can be independent, but they generally love being around people. They like being petted and hugged. They especially like cuddling with their owners and family.

Do huskies shed a lot?

All Siberian Huskies shed. Most Huskies will blow there undercoat twice a year (usually before a big season change). It is recommended to brush your Siberian constantly during the “blowing of their coat” and after at least once a week to control their shedding around your home.

What is a teacup puppy?

A teacup dog has been bred to be as small as possible, with most weighing in at 5lbs or under. The most recognisable of the teacup dogs are from the toy dog group such as teacup pugs and Yorkshire terriers, although other breeds, such as beagles, have also been bred in the miniature size.

If you did your research correctly to find your teacup puppy, you can find yourself with a companion for up to 15 years. Smaller dogs do tend to live longer than larger breeds, and if given the proper treatment, your teacup puppy can lead a long, fulfilling life as well.

“Why Are Our Teacup Puppies so Expensive?” Boutique Pups LLC, 29 Dec. 2018, boutiqueteacuppuppies.com/blogs/information/why-are-our-puppies-so-expensive.

Pet Educate. “Do Huskies Like To Cuddle? [What Owners Will Want To Know].” Pet Educate, 30 June 2020, peteducate.com/do-huskies-like-to-cuddle/.

“What Is a Teacup Dog?” Blue Cross, www.bluecross.org.uk/pet-advice/what-is-a-teacup-dog.