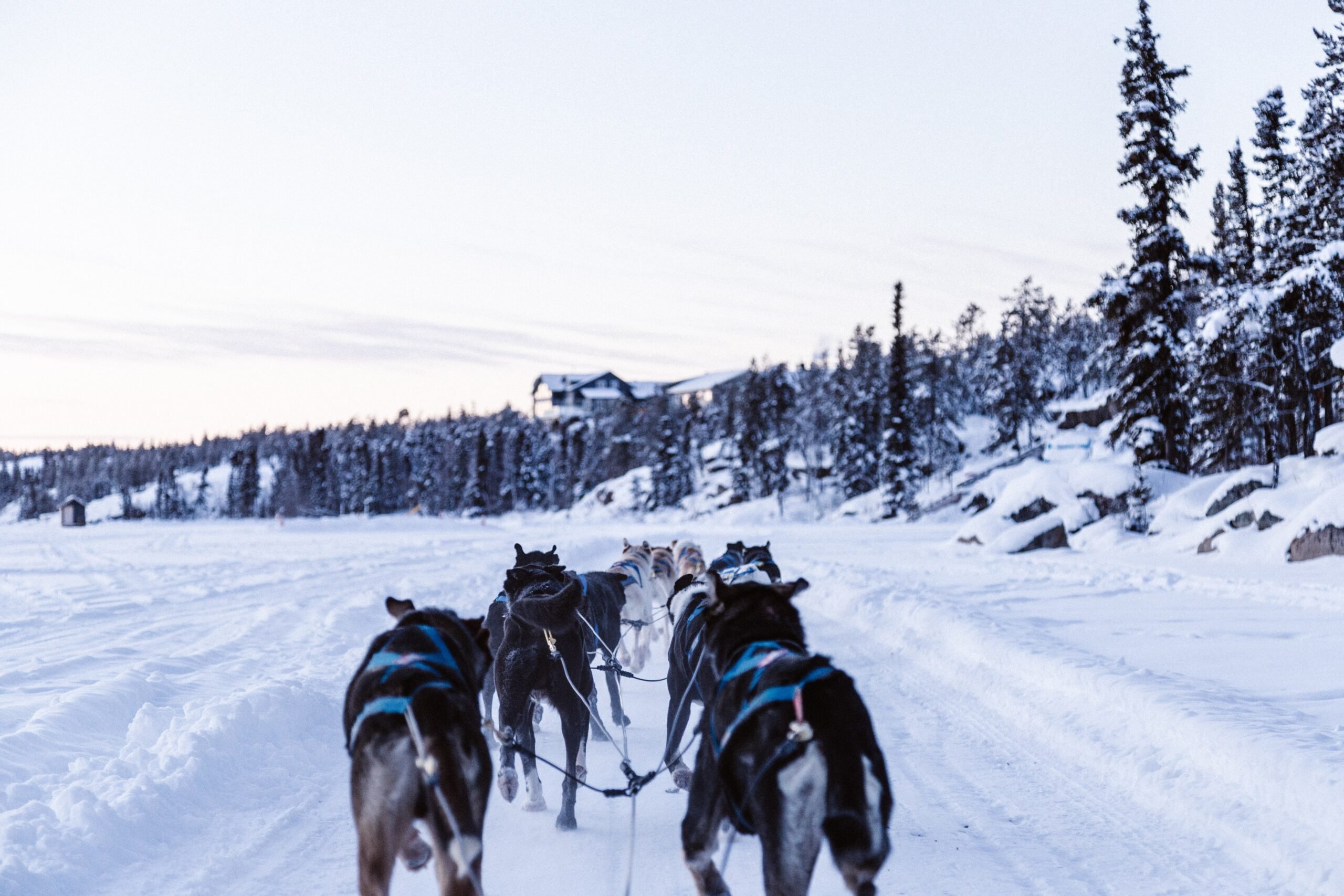 This blog will enumerate the names of the dogs in the 2002 film, Snow Dogs. Moreover, it will also give examples of names that can be given to dogs of any breed.

What are the names of the dogs in Snow Dogs?

What is the film Snow Dogs all about?

Snow dogs is a 2002 American adventure comedy film by Brian Levant that stars Cuba Gooding Jr. and James Coburn. It was released on January 18th of 2002 and was inspired by the book Winterdance by Gary Paulsen.

Dr. Ted Brooks is a celebrity dentist in Miami, Florida. Almost every bus in Miami has an advertisement of Ted Brooks’ dental practice with his picture in it. A letter from Alaska shocks Ted because the letter declares that he is the only heir of Lucy Watkins, who lives in the backwoods village of Tolketna. Amelia, Ted’s mother, reveals that Ted is adopted and Lucy was his biological mother.

Ted travels to Tolketna to receive his inheritance from his biological mother. He receives seven Siberian Huskies and a Border Collie, whose names are  Diesel, Mack, Sniff, Yodel, Scooper, Duchess, Demon, and Nana, respectively.

Ted is dumbfounded when he is met by blizzards, thin ice, foxes, skunks, grizzly bears, an old mountain man, Thunder Jack Johnson, and the resistant lead dog, Demon. All of these happen two weeks away from the Arctic Challenge Sled Dog race.

In between all of this, Ted tries to find out why he was adopted and who his biological father was. He meets a bar owner named Barb who happens to be a close friend of his mother, Lucy. Barb helps Ted deal with the dogs and both of them do all kinds of things with each other and end up falling in love. Thunder Jack, at several times, tries to buy the dogs, including and especially lead dog Demon. Barb reveals to Ted that his biological father is Thunder Jack but Thunder Jack denies these claims.

Ted loses consciousness while practicing sledding and Thunder Jack rescues him and takes him to a cave. This is where Jack offers to reveal the truth in exchange for the dogs and Ted agrees.

Jack tells Ted that Lucy hid from a storm in the cave they are in during an Arctic challenge, which was also the time Ted was conceived. Jack woke up and never saw Lucy again.

Ted lets Thunder Jack have all the dogs and returns to Miami. Jack sets Demon as the lead dog of his team for the Arctic Challenge. The race begins and Jack decides to press on in the middle of a fierce storm.

When Ted has returned to Miami, he recounts the experiences to his mother who, in an accident, breaks the frame with a picture of Lucy and Demon. Inside the frame is a snapshot of Lucy and Jack with him as a baby. He is mad that Jack lied to him and rushed back to Alaska. He is met with a news that Jack has gone missing and the weather is bad for him to search for Thunder Jack.

Ted then decides that he should search for Jack himself and takes Nana as lead dog. Amelia arrives in Alaska and meets Barb but Ted is, at that moment, out on the trail in search for his biological father.

Ted is able to locate Jack in the old cave and Jack admits that he and Lucy had been together at the hospital when Ted was born. He tells Ted that he loved Lucy so much but they had agreed that neither one of them were ready to be parents to Ted. Ted also discovers that the reason for Demon’s bad temper is because it has a rotten tooth.

The tooth is pulled out and Demon has become friendlier than ever. When they journeyed back to Tolketna, the sled nearly goes over a cliff into a river but thanks to the dogs, this is pulled back up. Ted brings Thunder Jack across the finish line and introduces his father to Amelia. Ted and Jack share the Arctic Flame trophy which is a trophy for whoever comes in last.

Ted moved his dental practice to Tolketna, and eventually married Barb. Barb is pregnant, and Nana and Demon have four puppies. In Miami, Ted’s cousin, Rupert becomes a dentist and is now the celebrity dentist Ted used to be.

What is a Siberian Husky?

The Siberian Husky is a medium-sized working dog breed. This is a breed from the Spitz genetic family. Siberian Huskies are recognizable by its thickly furred double coat, erect triangular ears and distinctive markings, and is smaller than a very similar-looking dog, the Alaskan Malamute. The natural habitat of a Siberian Husky is a cold, northern climate such as the wilds of Alaska.

What is a Border Collie?

The Border Collie is a working and herding dog breed developed in the Anglo-Scottish border county of Northumberland, for herding livestock, especially sheep. They are considered highly intelligent, extremely energetic, acrobatic and athletic. They frequently compete with great success in sheepdog trials and dog sports. The natural habitat of a border collie is a pasture with rolling fields and herding animals.

What are the best Siberian Husky names?

In a survey of the Most Popular Husky Names of 2020 by The Dog People, they enumerated 100 names that fit with the Siberian Husky dogs.

Siberian Huskies are beautiful, active dogs with boundless energy and the most expressive blue eyes, although some have brown. The most popular Husky names of 2020 are enumerated below:

What are the best Border Collie names?

In another survey by The Dog People, they enumerated the Most Popular Border Collie Names of 2020.

Border Collies are one of the most intelligent dogs. They are medium-sized, agile, and impressive dogs. Enumerated below are the top 20 Border Collie Names of 2020 but if you cannot find the perfect name for your Border Collie below, feel free to check this article with all 110 names in it.

What are the coolest dog names?

The coolest dog names according to MyDogsName are Ace, Boomer, Dash, Denver, Dre, Duke, Harley, and Harper. The full list is found here.

What breed of dog is Demon in Snow Dogs?

What is a white husky called?

A White Husky is a rare type of Siberian Husky, and is also known as the Isabella Husky. The White Husky’s best qualities are beauty, strength, and stamina which all make them stand out of the Siberian Husky dog breed. Their eye color can be either blue or brown.

Is Snow Dogs a true story?

Snow Dogs is based on a true story that was accounted more accurately in Winterdance: The Fine Madness of Running the Iditarod by Gary Paulsen.

What is the smartest dog?

According to a Canine Psychologist, the smartest dog is the Border Collie.

This blog enumerated the names of the dogs in the 2002 film, Snow Dogs. Moreover, it also gave examples of names that can be given to dogs of any breed.