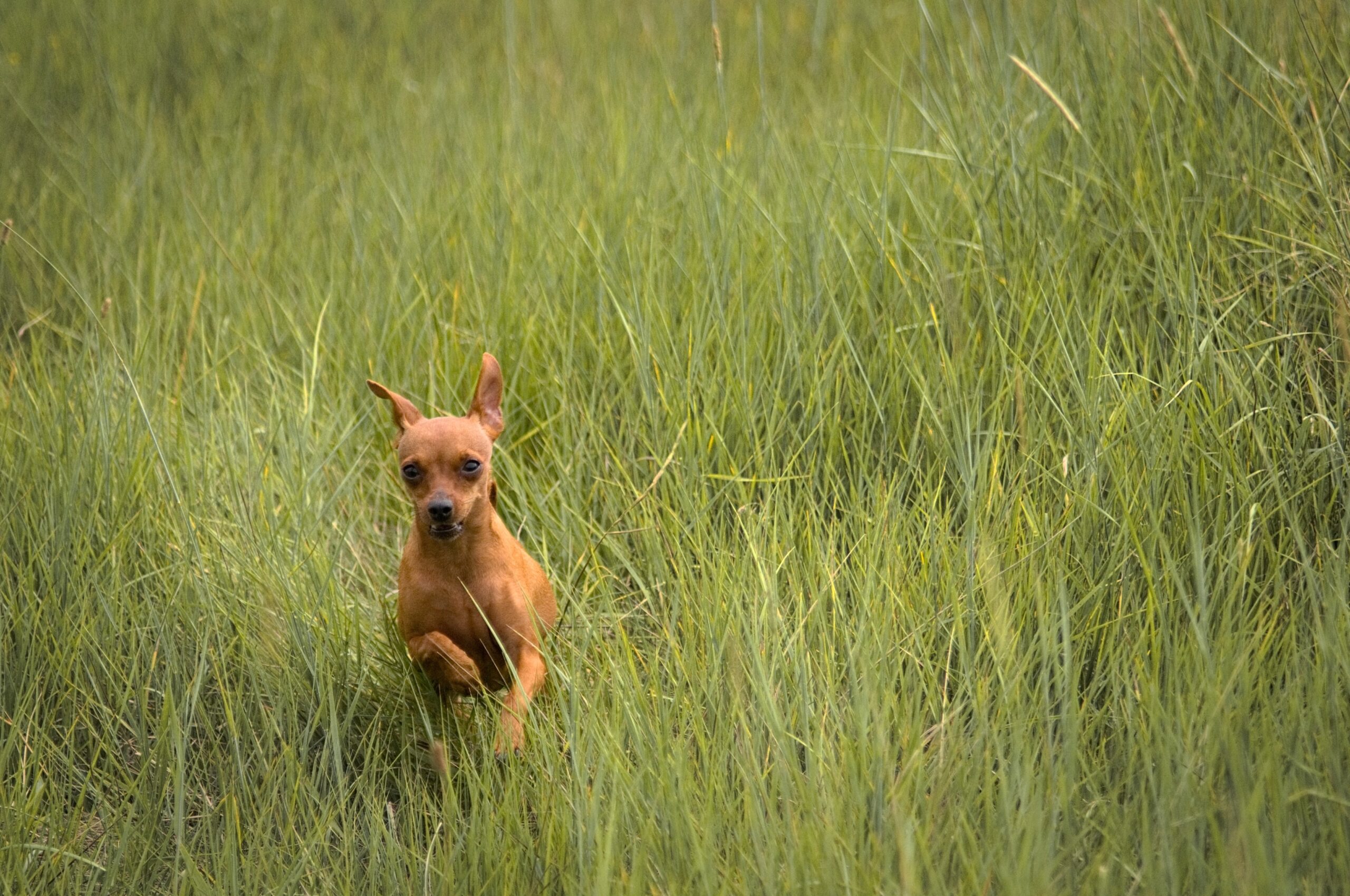 In this article, we will answer the following question: Should a Chihuahua be spayed? What we are going to write next is not a personal opinion, nor we want to tell you what you should do. Each owner of a dog decides what’s the best for his furry friend. We hope that by knowing the pros and cons, your decision will be easier.

Should my Chihuahua be spayed?

Whether your Chihuahua should be spayed or not, it is up to you. Our advice is to consult a trusted vet and to make a responsible decision. Sterilization is an act of responsibility of the owner towards the health of his dog. With sterilization, a lot of diseases are avoided.

Although this article only talks about the advantages of spaying a dog, we all know that any operation carries risks. One of them is the anesthesia itself. Thus, we strongly suggest reading through the risks and the benefits of spaying your Chihuahua.

Advantages of spaying a female Chihuahua

There are very solid medical arguments, perfectly verified and proven, that suggest that early sterilization of female Chihuahua or any other breed of dog very significantly reduces the rate of breast cancer, which is the most common tumor in females whose reproductive system remains intact.

Thus, in the group of intact females, the risk of a mammary tumor appearing in adulthood is 3 to 7 times higher than in other females that are sterilized. Moreover, if sterilization is carried out even before the first heat, the rate of breast cancer is reduced to only 0.5%, while in females that are sterilized between the first and second heat the rate increases to 25 or 26%.

This is what comparative studies carried out by the Cornell Veterinary School (USA) say, which is considered the most important in the world.

But this is not all, there is still more, apart from the fact that with the early sterilization of the females the risk of appearance in adulthood of breast tumors and other tumors of the reproductive system is avoided, another equally important risk is also avoided, which is very common in females who continually suffer from pseudopregnancy or psychological pregnancy, which can lead to pyometra; It is pus in the uterus, and it can be open or closed.

If it is open, the owner will be able to tell by the secretions that the female eliminates through the vulva. Not being so if it is closed. Pyometra can be fatal in the female, even resulting in death if it is not detected and treated in time.

In addition, we must bear in mind that the safest and most direct way to treat and cure a pyometra is to practice in the vast majority of cases an ovariohysterectomy, which is the removal of the female’s ovaries and uterus, in an emergency operation.

This is another good reason to think about sterilization, not when the bitch is in a critical phase and at high risk, but when she is perfectly healthy, young, and undergoes the operation in optimal health.

So the intervention, the postoperative period, and the recovery will be much easier and faster.

Advantages of spaying a male Chihuahua

In the case of male Chihuahuas and any other breed, it also has its benefits, since it has been studied and shown that skin cancer is the first in importance, being the second cancer of the testicles.

With sterilization, this risk is significantly reduced. But this is not the only medical reason to defend sterilization. Other reasons to consider are, for example, the avoidance of prostatitis. It is a benign thickening, which nevertheless is not without complications of the prostate. It affects approximately 60% of unsterilized males, from 5 years of age.

Although both conditions are temporary, they are still terribly painful for the dog, producing mechanical and functional alterations that affect the movement of the hindquarters, giving a picture very similar to that which occurs when there is kidney pain and causing problems with passing stool or urine.

Worst of all is that in sexually hyperactive males these problems recur over and over again. Especially whenever there are bitches in heat around him.

Therefore, it does not make much sense to keep the dog intact, that is, without sterilization, if it is not going to be used as a stud on a regular basis. By sterilizing, we prevent all these complications that may force an urgent surgical intervention.

The right age to sterilize your Chihuahua without risk

The right age to sterilize your Chihuahua would be between six and 12 months of age in females, it is the relevant age since their reproductive organs are already hormonally developed. Regarding males, she stressed that castration can be at an early age, that is, from five months onwards.

In the case of females, the development of pathologies in the reproductive system, especially cancer, decreases by 100%. Prostate problems are clearly avoided in males.

How much does it cost to neuter a dog?

The price is between $100 and $250 if it is a male and it can cost between $200 and $300 for females. The price depends on several factors such as the sex and weight of the dog, the type of anesthesia, the geographical area, and the veterinary clinic.

What happens during the neutering intervention?

For veterinarians, neutering is a routine procedure, but do you know what the steps of this operation are?

Will spaying my Chihuahua protect it from cancer?

Neutering is sometimes necessary for medical reasons, which are usually the prevention of cancer or other diseases related to sex hormones. It is true that castration reduces the risk of some tumors. In males, the risk of contracting testicular cancer and prostate diseases is reduced, and in females the suppuration of the uterus and other tumors (breast cancer).

This sounds good enough, but it is often overlooked that cancer prevention in females only occurs in early castrations. To reduce the risk, it is necessary to castrate the females before the first heat. Neutering after heat or when they are adults reduces the effectiveness of cancer prevention.

However, early castration can lead to musculoskeletal problems. In addition, it is said to increase the risk of developing other tumors: studies have shown that early castration appears to have a negative effect on the incidence of heart, spleen, and bone tumors.

Will spaying my Chihuahua change its behavior?

Another important aspect of neutering is the effects on the dog’s behavior. The elimination of the reproductive organs not only brings body changes but also directly influences the mind and social behavior.

It is especially those who have a male at home who opt for castration as a last resort to aggressive and restless behaviors caused by testosterone. It is true that a neutered male is calmer compared to a female in heat, competitive behavior with other males is also no longer a problem. Howling, barking, and attempts to escape driven by sexual desire does not occur when the dog has been neutered.

However, it is a mistake to think that the castrated male is more affable. Castration only influences behaviors related to sex hormones. Aggressive behaviors are the result of errors in education.

The dog will not learn to listen and behave after surgery. If you’re having trouble with your male dog, the first thing to do is find out where the reactive behavior of the dog is coming from. Just in case it is related to sexual desire, neutering can help, but it will not cause any change in general behavior disorders such as territorial assaults or behavior problems.

Considering the pros and cons, it’s no wonder that neutering a pet is such a controversial topic. Dog lovers can have long discussions about whether or not to neuter a dog. While the absence of physical and psychic sexual symptoms are a true blessing, there are those who warn about the possible influence on the natural organism of the dog.

In these discussions, it is easy to forget that there is no decisive answer to the question of whether or not a dog should be neutered as each case is different.

Our point of view does not really matter: if you have informed yourself well and have decided to do what is best for your faithful friend, you have made the right decision.

FAQ on Should a Chihuahua be spayed?

Will neutering my Chihuahua calm him down?

Neutering your Chihuahua will help calm him down, but it will not fix all behavioral issues that your dog has. It is true, however, that howling, barking, and attempts to escape driven by sexual desire does not occur when the dog has been neutered.

At what age should a Chihuahua be neutered?

Females Chihuahuas should be neutered at the age of 3 to 4 months old, while it is recommended for male Chihuahua to be neutered around 4 to 6 months.

Is it better for a dog to be neutered?

Neutering can be sometimes better for a dog. In males, the risk of contracting testicular cancer and prostate diseases is reduced, and in females the suppuration of the uterus and other tumors (breast cancer).

Are 2 years old too late to neuter a dog?

Two years old is not too late to neuter a dog, as there is no upper age limit. However, this will depend on the breed, the size of the dog, its height, and weight. It is best to consult a veterinarian.