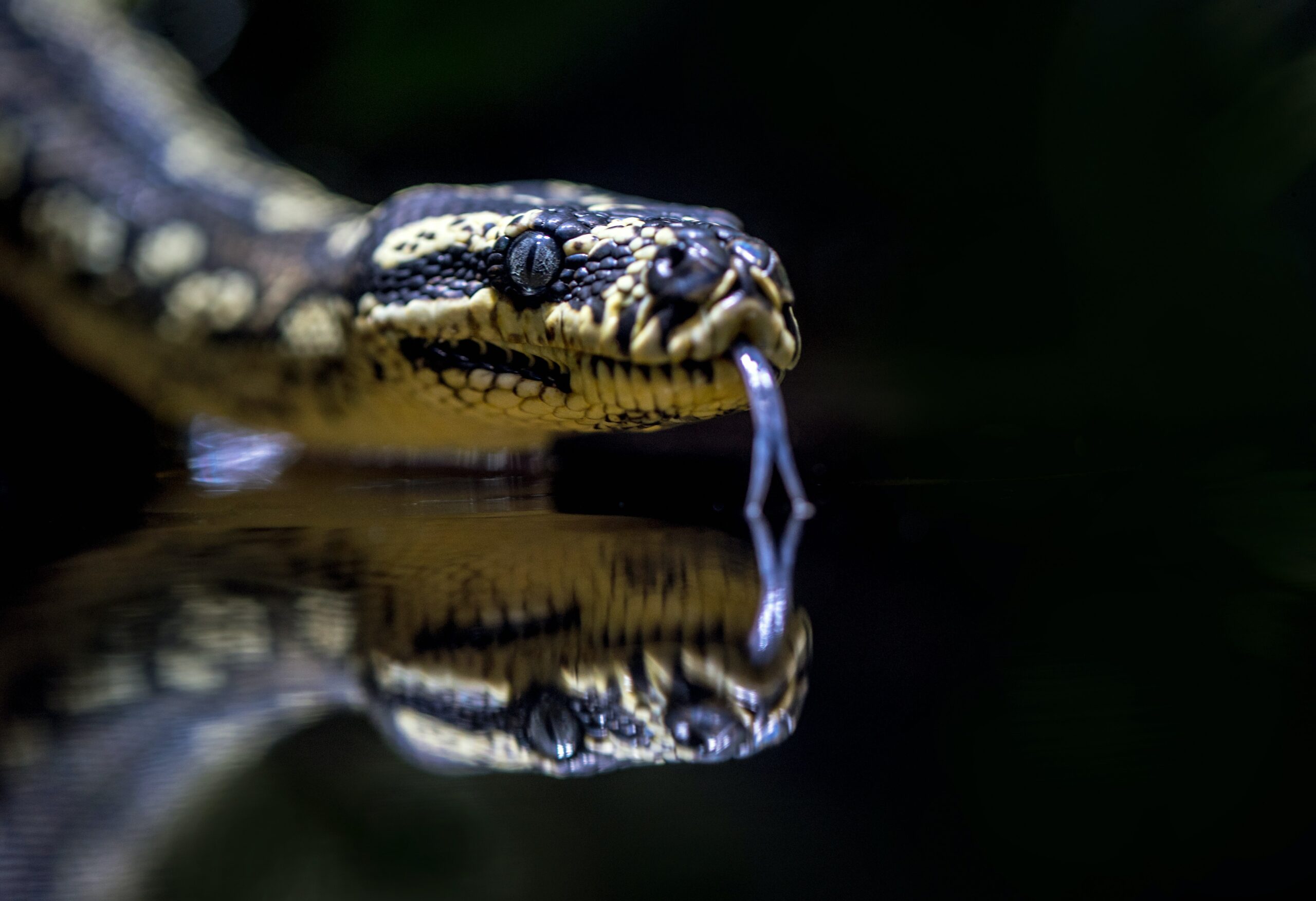 In this article, we give a few tips on how to feed live rat to a snake. We talk about the benefits and drawbacks of feeding your snake with either freshly killed prey or frozen prey.

How to feed live rat to a snake?

When feeding a live rat to a snake our recommendation is to be extremely careful and to maintain your distance. If possible, use tweezers. Most snakes are very violent when it comes to eating, therefore it is better to offer them prey with tweezers and not directly with your hand. It is preferable to disinfect the tweezers with alcohol or some disinfectant at the end.

Also, if you have more than one snake, feed them separately. If you have two or more snakes in the same terrarium, which is not highly recommended, they must be fed separately. This way we will avoid any type of injury that may be caused by them when hunting.

Contrary to what most people think, it is not mandatory to give live prey to snakes. This is not only not true, but the correct thing to do is to do precisely the opposite (give them dead prey).

How to feed a snake

For many, having to feed a pet with other live animals, especially if they are mammals, is more than enough cause for not having it. Precisely one of the reasons why many do not have a pet snake is this revulsion.

Unfortunately, the information on exotic pets is rather scarce and few people know that most snakes can be fed freshly dead or even frozen mice. You just have to know the technique. Whether or not a snake accepts dead prey depends on three factors:

The further we move away from the diet of the snake in its natural environment, and the more specific this diet is, the more difficult it will be for it to get used to eating dead prey.

However, it is not impossible to achieve. Royal snakes are mostly coprophagous (they eat other snakes), and yet they are currently being kept and even reproduced in captivity on rodent-based diets.

However, specimens that have been fed for much of their lives with live prey will be more reluctant to feed on dead mice, simply because those prey do not behave like the ones they have always eaten.

There may be snakes who do not accept dead prey or certain types of prey although normally there would be no problem. It is their “personality.”

Why feed dead prey to snakes

It is obvious that the predatory behaviour of a snake is one more charm than their owners consider when choosing them as pets, but the truth is that it is dangerous to feed a snake with live prey.

Mice and rats are not “dumb” and nature has provided them with the means to defend themselves, to some extent, from their predators. When a rodent is harassed by a predator and has no other way out, it will not hesitate to attack it fiercely.

Even if the snake can catch its prey first, which is not always the case, it can turn and bite. Many snakes have been left one-eyed by the bites of their prey. The bigger the prey or the smaller a snake (in proportion), the more likely our pet will be injured. If we give our snake a dead animal and it accepts it, we will avoid the possibility that it will be injured during the hunt.

The method is simple. Mice are kept alive until just before being used for food. When we go to feed the snake the mouse is killed and it is given freshly dead. If we don’t like frozen mice or can’t find them, let’s use freshly slaughtered but never live prey.

The main advantage of using freshly killed prey is that it is much easier for a snake to accept a freshly killed mouse than a frozen one. The animal has almost all the characteristics that a living mouse would have (smell, heat …), except that it does not breathe, nor does its heart beat.

However, this type of food also has its drawbacks. For people for whom giving a live mouse to their snake is a problem, this is not the solution, since they find it even harder if they have to kill the mouse themselves.

Another disadvantage of this type of prey is that it must be kept alive until the moment of feeding our pet and sacrificing it just before, while frozen mice can be safely kept in the freezer without worrying about whether they have food and water.

In general, feeding freshly killed prey to a snake is more expensive than using frozen mice.

There are many ways to euthanize a mouse. We have heard recommended methods like hitting them against a hard surface in a bag. However, this form is not the most suitable, neither so that the mouse does not suffer, nor so that the prey is in good condition.

Many snakes reject prey that has bled.

The best method is the one used in laboratories. The mouse is held by the tail (be careful not to catch rats like that) and it is placed on a smooth surface (where its legs slip) and hard, with the other hand we take a pen that we place firmly behind its head, to the height of the neck, pressing.

If, with the mouse thus held, we pull hard on the tail (without going overboard), we will strip it and kill it on the spot without it suffering, and also the prey will not deteriorate at all.

In most countries with a strong terrophile tradition, snakes are fed frozen prey. The advantages of this type of food are undeniable.

It is much easier to keep frozen mice than alive, you do not have to worry about feeding them, cleaning them, or the space they have.

Secondly, we avoid the bad luck of having to sacrifice them ourselves if this is a problem.

Thirdly, we can keep more prey at home than if we used live mice, and they are easier to transport, to the point of being able to buy them by mail or even go once a year in search of a trusted breeder and buy enough stocks.

Furthermore, frozen mice are always cheaper than live ones, for the simple reason that they generate fewer costs in their production. However, they also have their drawbacks. They can be difficult to find, and snakes are much more reluctant to accept them, especially if we don’t do things right.

In this article, we gave you a few tips on how to feed live rat to a snake. We talked about the benefits and drawbacks of feeding your snake with either freshly killed prey or frozen prey.

Although it would be much better to feed your snake with freshly killed prey or frozen mice, if you do decide to give your snake a live rat or mouse, you have to be extra careful. Snakes get aggressive when it comes to food, you do not get in between a snake and its prey.

FAQ on How to feed live rat to a snake?