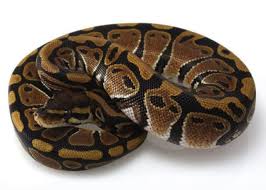 In this article, we answer the following question: How long to leave a live rat with a ball python? We talk about safe feeding for snakes and also give you advice on what do ball pythons eat.

How long to leave live rat with a ball python?

Live rats should NEVER be left in a ball python’s terrarium. Mice and rats are not “dumb” and nature has provided them with the means to defend themselves, to some extent, from their predators. When a rodent is harassed by a predator and has no other way out, it will not hesitate to attack it fiercely.

Even if the snake can catch its prey first, which is not always the case, it can turn and bite. Many snakes have been left one-eyed by the bites of their prey. The bigger the prey or the smaller a snake (in proportion), the more likely our pet will be injured. If we give our snake a dead animal and it accepts it, we will avoid the possibility that it will be injured during the hunt.

In the wild many animals “fight with food”, many animals are even injured by their prey and die in turn or are porous prey for larger predators. In captivity, the first thing we need to think about is animal welfare. A scared rat can cause serious injuries to a snake, there have been cases when snakes have been left without eyes by a mouse left in their cage.

These wounds are difficult to heal and if the habitat is humid, tropical, infections can easily be developed. A village snake will ignore the mouse or the rogue that walks around it. A mouse is usually scared and will lie in the farthest corner of the snakes’ cage.

Instead, rats have a much stronger defence instinct. If you leave a rat inside overnight, in the morning you may be surprised that the rat will have killed the snake. It knows how to defend itself from hunger or predators. Even insects such as grills or worms can injure a snake quite badly.

If you want to feed your pet snake with “fresh” food,  you can euthanize the mouse or rat just before the time of feeding. One way is to break the mouse’s neck. Another universally accepted method because rodents do not suffer certain scents, is using CO2. Death occurs very quickly and without animal suffering.

After euthanasia, rodents can be frozen. Frozen food can be thawed quickly by placing the mouse in a tightly sealed bag at the top and immersing it in a bowl of warm water. When the mouse is completely thawed and heated it can be given to the snake. If you still find it barbaric, you have the option to buy ready-frozen mice or rats.

Freezing the mice for 30 days before feeding your snake pet destroys almost all parasites that could affect the snake. Do not feed snakes on mice that have been frozen for more than 60 days because they are depleted of their nutritional properties.

Live vs frozen food for snakes

One of the most common myths is that snakes must eat only live food, due to the predatory lifestyle they lead in the wild.  Many homeowners, including even experienced herpetologists, say that they should only eat the food they want to stimulate their natural behaviour.

On the other hand, most snakes sold on the market as pets are very easy to teach to eat pre-frozen rodents.  Reptiles and amphibians that in nature hunt insects, birds, fish or other amphibians and reptiles in captivity will find it harder to accept frozen food.

“I want to give the animal a chance to kill its prey because that’s natural for it.“

The main argument brought by the one who feeds his snakes with alive rodents is that it stimulates their natural behaviour so that the snake maintains its predator instinct.

But hey, captivity is not a natural way of living for snakes anyway. Most species are bred in captivity and have never known another way of life. Captive snakes do not spend all day looking for food, hiding from predators or looking for a shelter for rest or water.

Our reptile lives in a comfortable and air-conditioned shelter that provides it with all the necessary comfort.  If we want the animal to behave naturally then we should not hold it captive in the first place.

What snakes need in terrariums is a space that recreates the existing climate in their natural habitat.  Their regular handling or weekly swimming is enough for them to do the necessary exercise.  A large enough terrarium can ensure their daily movement. But reptiles are not very active animals anyway.  Snakes are active only when they are hunting, looking for prey.

And if the food comes to them, what’s the point of “hunting” anyway?

How to feed your snake with thawed mice

What do Ball Pythons eat?

The diet of a ball python consists mainly of mammals. In their natural habitat, ball pythons feed on rodents that live in the African grasslands. For example, this may include African soft-haired rats, Gambian rats, hairy rats, gerbils, and striped grass mice.

Ball pythons can occasionally eat birds as well, although this is not their first choice for prey. Ball pythons feed exclusively on endothermic (warm-blooded) creatures, with the help of their infrared-sensing facial fossae.

In captivity, ball pythons do well on a diet of rats and mice. These rodents contain all the nutrients that ball pythons need, so there is no need to supplement their diet.

We would always recommend feeding frozen and thawed rats and mice, rather than live prey. This is because live prey can often defend themselves, injuring or even killing the snake. Many online vendors sell frozen rodents in a variety of sizes, from pinky (newborn) to jumbo.

You can use mice to start, but your ball python can eventually outgrow them. It is easier for us to use rats from the beginning, to avoid the problems that sometimes occur when changing. Ball pythons tend to “imprint” on a particular food source and refuse to eat anything else.

In this article, we answered the following question: How long to leave a live rat with a ball python?

It is not safe to leave a live rat with a ball python unsupervised. If the snake is not hungry, it could easily be injured by the rat. It is best to serve your snake with freshly killed food or thawed mice. Snakes can get the same benefits from dead prey as from alive prey.

FAQ on How long to leave live rat with a ball python?

How long can you leave a live rat in a snake tank?

You should not leave a live rat in a snake tank for more than 10 minutes! Scared rats can bite and hurt your snake. They can also carry harmful bacteria.

Is it OK to leave a live rat in my snake’s cage?

It is not advisable to leave a live rat in your snake’s cage. Scared rats and mice can harm the snake. These wounds are difficult to heal and if the habitat is humid, tropical, infections can easily be developed.

You can leave a dead mouse in your snakes’ cage. But if your pet is not hungry or ill, it will make no difference. Also, your snake can refuse to eat the dead mouse if it is too

Petlifetoday.com -How To Take Care Of A Ball Python