How long does it take for a dog to give birth between puppies? Is the interval between the birth of the puppies normal? How long should I wait to take it to the veterinary? To answer these questions this blog will talk about female dog parturition. We will talk about aspects of female dogs parturition and what should be done to help a female dog in this moment. 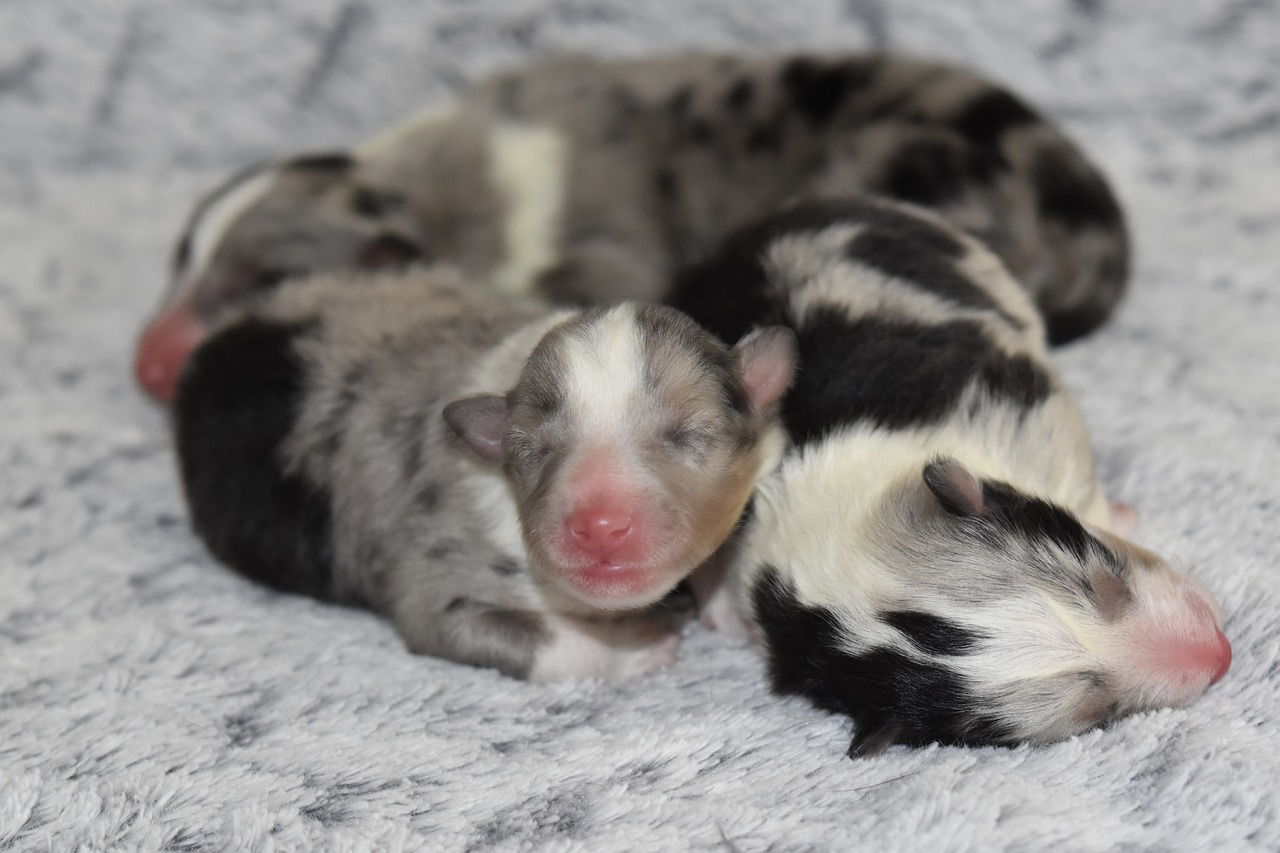 How long does it take for a dog to give birth between puppies?

Dogs’ parturition can take up to 12 hours to complete. But this range may be longer in large dogs, and shorter in small dogs. Total parturition duration can also vary by the number of pups to be born; fewer puppies tend to have faster parturition.

Gestation in female dogs can last from 58 to 63 days and can be extended to 72 days or reduced to 57 days. At the end of pregnancy, a series of hormonal variations will lead the female dog to labor.

Parturition can be divided into 3 stages. The first stage is the preparation phase. During this period female dogs become restless, reduce food consumption, may try to hide in the chosen place for birth and may dig in the soil.

The second stage of parturition is the fetal expulsion; this phase begins with the birth of the pups along with the amniotic and allantoic sac. Some puppies may come out along with their placentas.

The third stage of labor is the phase of placentas delivery. Some puppies can be born without their placentas, and these can come out at the end of the second stage of birth.

Some factors can lead to dystocia:

Puppies must be born in a proper position. Either with the head and forelimbs stretched out, or backwards. Puppies in transverse position, or with flirted limbs, can lead to dystocia, as they cannot pass through the vaginal canal and also prevent the passage of other puppies.

A veterinarian must be called for obstetric maneuvers to be performed. If the puppy is still not born and the other puppies have neonatal stress, cesarean section surgery should be performed.

Dogs with malformation may not be born alive but may also prevent the birth of others, as they are stuck in the vaginal canal during the parturition. And straining contractions can lead to exhaustion and secondary uterine inertia. In these cases, a fetotomy and cesarean section can be performed by a veterinarian.

In these situations, the cesarean section must be performed by the veterinarian to avoid the puppies and parturient loss.

What to do to help a female dog when she is in labor?

Generally, female dogs will not need help when giving birth. However, some parturient do not open the puppies’ amniotic sac, so it is necessary for the tutor to do so, before the pup dies of asphyxiation.

If the parturient does not lick the puppy, the tutor must dry the puppy with clean, dry towels. Puppies do not regulate temperature so they must be in a warm place.

Puppies should breastfeed as soon as they are born. The first milk is called colostrum, and it is rich in antibodies, responsible for the protection of the puppies’ organism in the first weeks of life. If the parturient does not have milk, or does not want to breastfeed the puppies, seek help from the veterinarian.

If the female shows any sign of aggression towards the puppies, the parturient must be separated from the puppies and taken to the veterinarian so that the best treatment is carried out with the animals.

No medication should be used to accelerate dogs parturition, or even pull the puppies from the dog’s vulva. If the birth interval between the puppies is too long, take the parturient and the puppies already born to follow the rest of the parturition under a veterinarian supervision.

The birth of puppies can take between 30 and 40 minutes and cannot exceed more than 2 hours. In this situation, the veterinarian should be consulted. Very prolonged intervals of delivery can indicate dystocia and should be monitored by an experienced professional. Thus, avoiding the death of puppies and even parturient.

Frequently Asked Questions (FAQs): How long does it take for a dog to give birth between puppies?

Dystocia is any act that prevents the beginning or progression of natural parturition in animals. Dystocia must be properly treated by a veterinarian, thus preventing the death of puppies and mothers.

How many placentas does a dog have?

How do you know if you still have a puppy in the dog’s belly after parturition?

At the end of parturition, the best way to know if there are puppies in the female dog’s belly is through imaging tests such as ultrasound or X-ray. The experienced veterinarian can also perform abdominal palpation to identify puppies.