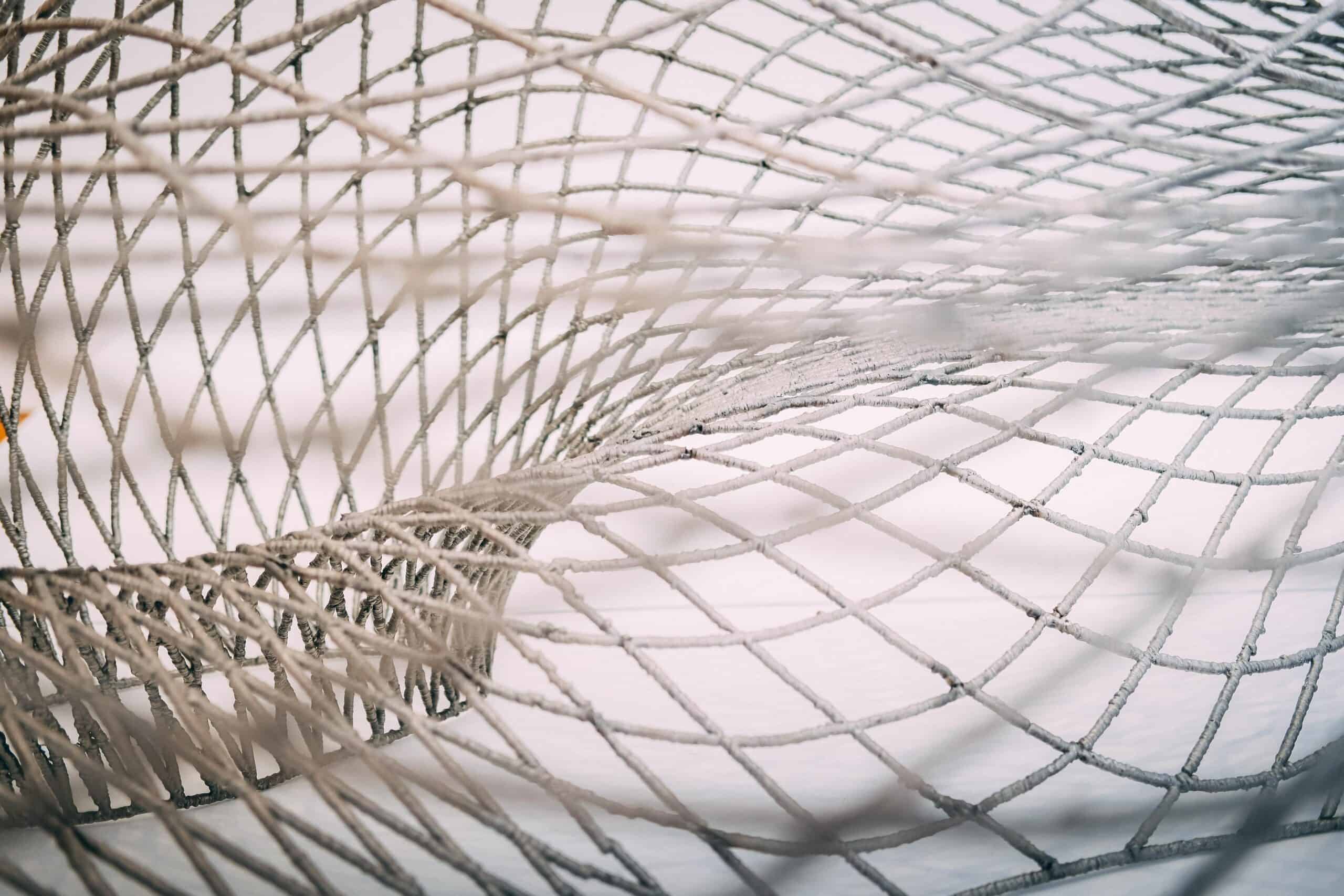 In this article, we are going to answer the following question: How long can a ball python be out of its cage? We will give you advice on how to grab, hold and transport snakes. We are also talking about what to do in case you get bitten by your pet snake.

How long can a ball python be out of its cage?

How long a ball python can be out of its cage depends on several factors. If we are talking about your interaction as an owner with your pet snake, then it is recommended to spend a maximum of 20 minutes per session or a maximum of 3-4 sessions per week after the snake has become accustomed to your presence.

At first, it is safe to say that you should keep your distance, and give yourself time to get used to it.

Snakes, regardless of species, are solitary animals. And there are unique moments in their development (such as moulting that occurs several times a year; or after eating) when these reptiles need to be left alone.

At this time, snakes feel vulnerable, so it is not safe for you or them to hold play. Snakes do not know who their owner is, they only know that we are not a danger, that’s why they let us catch them if they are used to it, but they are still wild animals.

That being said, you will need to be patient and learn the behaviour of your snake.

Whatever type of snake you have, you need to keep it in a secure enclosure with no gaps or open areas through which the snake could escape. A glass structure such as a terrarium is ideal.

Because snakes love to hide, you should make a bed in each corner of the terrarium, for example – a box or a tree bark construction – that is not too big, but the size of the coiled snake. On the floor, you can put newspapers (simpler version) or pine or poplar bark (more attractive version), but in no case sand or earth.

How to safely hold your snake?

Ball pythons are very shy and it will take them a while to get used to you. Approach it little by little and if you see that it gets nervous just walk away. When it finally lets you touch it, you should hold the snake gently and avoid sudden movements, because these can make it nervous and cause it to react violently.

Of course, as you surely know, python snakes are not poisonous and in the case of this, their bite only leaves superficial wounds.

If your ball python has already gained your confidence and out of nowhere it starts acting weird, leave it alone. In the cold and dry seasons, these little friends prepare to leave their skin and adopt a solitary behaviour. The shedding of the skin can last up to 2 weeks. Be patient!

How is the ball python with children?

The ball python is probably the safest python kids can interact with, as they don’t grow very large and their strength isn’t the same as a huge one might have. However, it is always advisable to keep an eye out when children handle it or are near them, due to its constrictive power.

Before putting the snake near a child, explain that ball pythons are somewhat nervous and should not move abruptly, or anything like that.

When should I not disturb my snake?

How to grab snakes?

The first thing to handle a snake is to be calm and alert, you must never lose respect, especially with large constrictors. All unknown snakes must be treated as if they were poisonous, you must never handle an unknown snake with your bare hands. Better to use a snake pit or stick and keep your hands away.

The most critical moment is to grab them inside the terrarium. You always have to take them with both hands, offering 2 support points to distribute the weight and make them feel safe. Use some tricks for their manipulation to avoid any surprise.

For example, always try to put your hand slowly on it and always make sure that the animal’s head is facing the opposite side. Once you grab it and lift it, you are almost done.

Another thing that can be done is before handling it, to blow gently so that your pet will recognize your smell. By doing this the ball python can even relax when they are a little disturbed – but this has to be done every time they are going to be manipulated. Besides that, you should never make unexpected movements or touch them and remove your hand quickly, since they could think that it is a predator and become scared and attack.

When it comes to giant snakes things can be different, you always have to be alert, since an angry animal of this size can be dangerous. A giant snake is understood to be anything that exceeds 3 meters.

With these sizes, you will always have to manipulate the animal between two people and give it some good support points, so that the animal does not believe that it is going to fall and tries to hold on to us strongly.

It is fully forbidden to hang the animal by your neck since as long as you hold it, you will surely have a bad time. It is also possible that when they are hanging from our neck they also try to bite. They give many bites in the ears, nose and face in general.

Normally, for every meter of the snake, a person is needed. Whenever a large constrictor is going to be manipulated it would be useful to have a container with 70º alcohol, in case it bites. Spray a little alcohol through the animal’s mouth and it will release you immediately, you never have to be alone when handling a large snake.

What to do in case of a bite?

Many times, no matter how many precautions you will take, it is very possible that you will get bitten. A bite should never be taken personally since snakes do not know who their owner is, they only know that we are not a danger, that’s why they let us catch them if they are used to it, but they are still wild animals.

When bitten by a snake, what you have to remember is to not quickly withdraw your hand backwards, since you could make a fairly large cut or even stay with the teeth of the snake hooked in your hand!

Wait for the snake to release you since if you try to take it off you can do more harm or damage. If the snake does not release you, you can submerge its head in water, so when it needs to breathe it will release your hand, for example. You can also use 70º alcohol to spray into its mouth.

Once you are free from the bite, leave the animal safely and immediately go and quickly disinfect the wound, since the snakes have a large amount of bacteria in their mouth that can cause an infection. If it is a giant snake you will need help from a doctor.

The shedding of the skin

The shedding of the skin is a physiological process that allows the growth, but also the elimination of parasites or other microorganisms from the skin. Following this process, the new skin retains the same colour as the old one. In youth, snakes shed more often, but in adulthood they shed 2-4 times a year, depending on body thickness.

Before peeling, the skin becomes opaque, due to a layer of liquid that interposes itself between the old layer of cells and the new layer of skin.

The moulting process begins progressively from head to tail and lasts 1-2 weeks. At the end of this process, the skin comes off in one piece. To make their skin easier to peel, snakes rub against stones and branches in the terrarium.

Before moulting, the snake’s eyes become milky, it becomes opaque. Because the sight is in the fog, the snake feels more vulnerable and shows some aggression during the moulting period. So during this period, it is good to avoid contact with these animals.

Another problem that could occur after handling during moulting would be an improper detachment of the skin due to poor handling. During this period the reptiles prefer to be left alone. Many refuse food and it would be good to avoid feeding snakes when they hatch.

Put a pot of water in the terrarium to allow the snake to bathe and hydrate properly. Moisture plays an essential role in peeling the skin.

There are situations in which the moulting occurs defective due to non-compliance with the microclimate conditions.

When transporting your snake it is ideal to use a cloth bag tied. Small snakes can be transported in plastic containers with some type of absorbent paper. Always try to have a stable temperature and never leave the animal in a car exposed to the sun.

If the outside temperature is low we can insert the bag inside a shirt close to our body to heat it.  Another trick is to put a closed container with hot water in the carrier that we carry our animal, coating it to prevent burning. This is useful when we take them to the vet.

How long can you hold a ball python?

It is recommended to hold a ball python for up to 20 minutes. Snakes are solitary creatures, they also do not recognize us as their owners – they just know we do not represent danger.

Can a Ball Python get out of its cage?

Yes, a Ball Python can get out of its cage, especially if the lid is not secured. Snakes are not meant to be kept in a “box” and if there is a way out, they will always find it.

Can I take my snake out in public?

Legally you can take your snake out in public, but be aware that snakes scare most of the people, thus you will create panic. And if you do decide to take it out, better keep further away from heavily populated areas.

How do I stop my ball python from escaping?

To stop your ball python from escaping you should always make sure you closed safely the lid of the terrarium. If you can lift it easily with your finger, your snake will be able to do that with his head.

Are Ball Pythons good at escaping?

Yes, ball pythons are very good at escaping. They are called escape artists. You should make sure the lid of the terrarium is firmly closed and it is better if you keep the snake in an escape-proof room in your house.

In this article, we answered the following question: How long can a ball python be out of its cage? We gave you advice on how to grab, hold and transport snakes. We also talked about what to do in case you get bitten by your pet snake.

You can keep your ball python out of the cage for as long they feel comfortable outside. You should pay attention to the behaviour of your pet. It will let you know once it feels uncomfortable.

Petlifetoday.com -How To Take Care Of A Ball Python