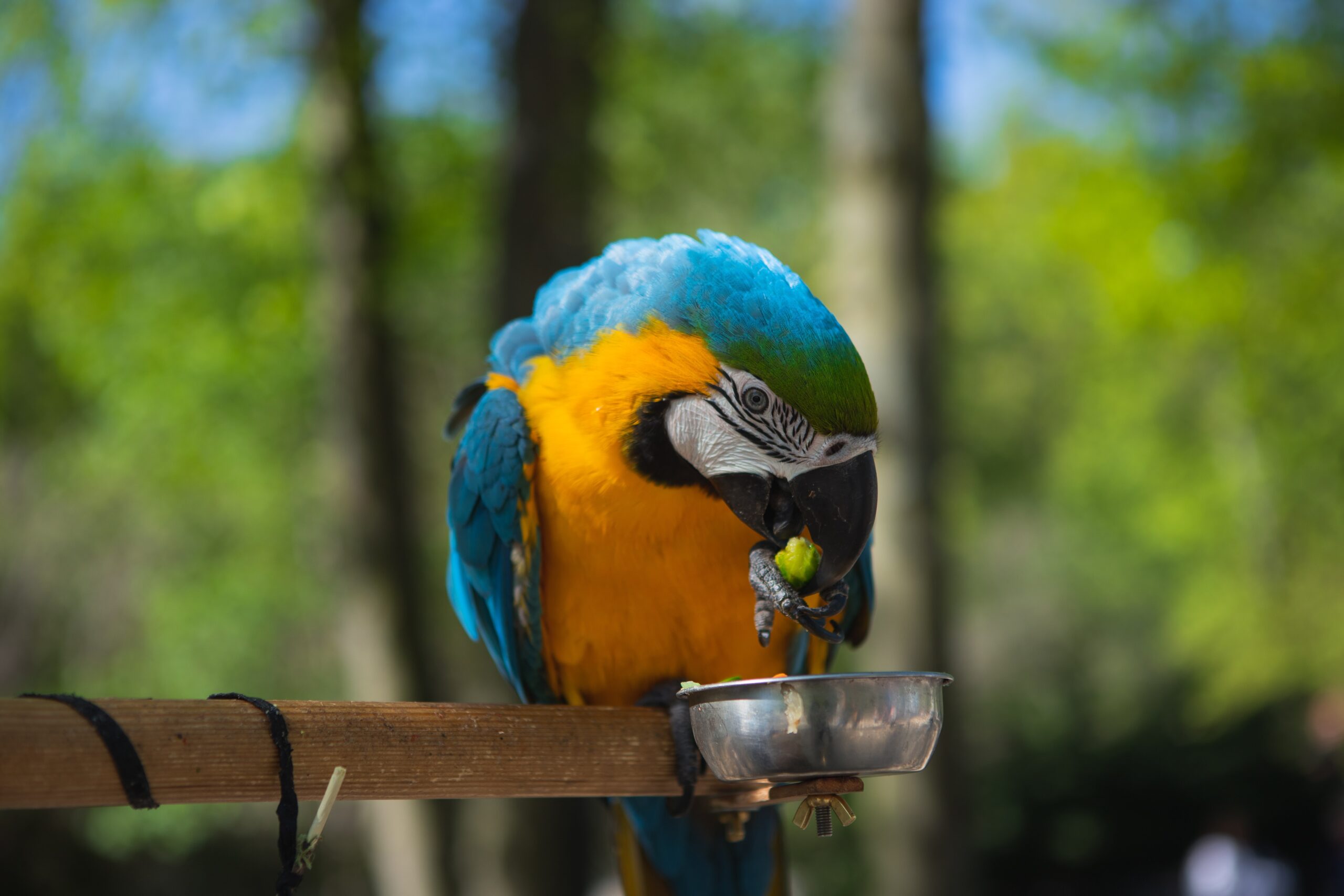 The group of parrots is called Pandemonium, company, flock. The flock of parrots consists of 20 to 30 birds. You can catch them in your digital cameras. Most of the parrots do not travel in the flock. They need only one mate to live their life. Some parrots travel in one type of flocks, African grey parrots. Others travel in the mixed types of flocks such as Amazonian, Conure, and Macaw.

Importance of Flock of parrots

Following are the key points of Importance of Flock:

Parrots and other related birds belong to the order Psittaciformes. This order consists of three families. They have 92 genres and 393 species.

The first one is the true parrots family known as Psittacidae. This family includes love birds, macaws, conure, parakeet. This is the most common one with which we are familiar of.

The second family is Cacatuidae. This family included a cockatoo. They have many branches in New Guinea, Australia, and the Indonesian islands.

The third family is least familiar and is the New Zealand parrots. The scientific name of the family is Strigopoidea. This family included Kakapo, Kakas, and Kea.

They inhabit the islands of the Caribbean sea, central and south America. They are widely distributed in Mexico. They are also found in Arabian Peninsula, Australia, and Oceania.

They consist of 21 species of the family Cacatuidae and the cockatoos are among them. They are widely distributed in Australasia, Australia, New Guinea, and the Philippines.

They are mainly white, grey, and black and are easily recognizable due to their crests and bills. They are larger than the other parrots except for the cockatiel which is the smallest among the family of Cacatuidae.

They feed in large flocks on the ground. They have several genres. Illegal trading, habitat loss causes a significant decline in their species. They are difficult to maintain. Cockatiels are the easiest to maintain cockatoos.

Cockatoos are social birds. When the food is readily available they divide into smaller flocks. When in the season of drought, you will see bigger flocks waiting for food. The largest flock noted was in Kimberley in west Australia, the flock consisting of 32000 little corellas.

They are not early risers, like other birds. They wait until the sun rises and roast their food. They like to eat in daylight that is why they are called diurnal.

As far as breeding is concerned they pair up in flocks before reaching sexual maturity. The sexual maturity in these flocks delayed, this gives them the advantage of learning the skills of parenting. The little ones remain with their parents for nearly a year.

They have developed a site of fidelity. They can reach their nest after feeding.

As far as courtship behavior is concerned, it is very simple. The black cockatoos engage in courtship alone. They also develop a behavior of grooming their partner as that of humans.

All species of the two genres are endemic in New Zealand.

Behaviour of parrots in a flock

We often get this wrong that the behavior of parrots doesn’t change with the change of environment. This is the wrong approach.

When a group becomes a flock?

The flock becomes a flock when:

This behavior of parrots is so intense and strong that if you have a single African parrot and you try to add another bird or another species of parrot in it, they will not allow the other bird species to settle.

As far as African grey parrots are concerned, a study by Dr. Irene Pepperberg’s student, Diana May, showed that the young African grey parrots remain in the family groups for a long time and the maturation period is also very long. After that, they enter the flock of parrots and search for their mate.

Like that of African grey parrots, rose-breasted cockatoo have also a schooling system to raise their young ones. They have a nursing tree where their young ones learn to socialize until they become independent members of the flock. They have been taught by older Galahs.

The galahs have adapted to the wide range of environments of Australia, due to human intervention. They may or may not be multispecies birds. If they were not they have been accepted by other flocks of parrots.

As far as behavior learning is concerned, we can not give these birds that natural environment at home. Similarly, we cannot raise them by hand as they were raised in the wild environment of the parrots.

Why different species live in a single flock. Why do they have their own flocks like that of African grey parrots?

That is why there are multi-species flocks of the parrots.

One thing is finding your mate in the flock of the wild parrots. For this purpose, most parrots have developed the habit of calling their mates through voices. Each species has a specific voice to call its mates. A human caregiver needs to respect this habit of the parrots.

Another reason for vocalization is alerting their flock members of different or same species of the danger of predation or human intervention.

On the other hand, if we talk about African grey parrots, they have the same voice and often they are quiet.

We have seen different behavioral abnormalities. Feather mutilation a common behavior problem that is seen in a single species flock. Members of the multispecies flock have stable personalities in the flock.

There is also another behavior abnormality that is phobic behavior of the African grey parrot. This behavior is very rare in Amazonian and other multi-species parrots.

The reason behind stable personalities is the grooming and learning of multispecies young ones. They are schooled by their family members in the flock. They learn many things from different species of parrots in the flock.

They adapt to different conditions and learn to socialize with different species in the flock.

One of the disadvantages of the multispecies flock is the family interaction among the members is very low. For instance, the young ones of macaw would take more time to the blind in the flock than that of African grey parrots.

Another thing is the grey parrots live much more with their family than the multispecies parrots. Although they leave their family, at last, to breed with different members of the flock.

We also learn that parrots behave differently in different situations and they should be treated according to their species from which they belong.

Feel free to ask anything about “Flock of Parrots” in the comment section below.

Frequently asked questions of “Flock of parrots” are:

Why is a group of parrots called pandemonium?

The official name of the flock of parrots is Pandemonium, You know when you are taking care of a lot of birds there is also a lot going on.

How many parrots are in a flock?

African grey parrots live in a flock of 20 to 30 birds. Most parrots love to live with only one mate, especially the parrot in the cage.

Why do parrots eat chilies?

Unlike humans, parrots do not feel the burning sensation of chilly. The chilly help to control cholesterol level, and increase blood pressure. They also contain a high level of vitamin C.

What is a flock of macaws called?

.The group of macaws is called a flock. The scientific name of the macaw is Psittacidae. They are omnivores and they can live up to 60 years in the wild.

What is special about parrots?

Parrots are intelligent birds. They can mimic human voices. They eat seeds, fruits, and small insects.

Why do parrots talk?

Parrots hear and then mimic the sound of human beings. Two species in this world can generate human language. One is humans and the other is birds.