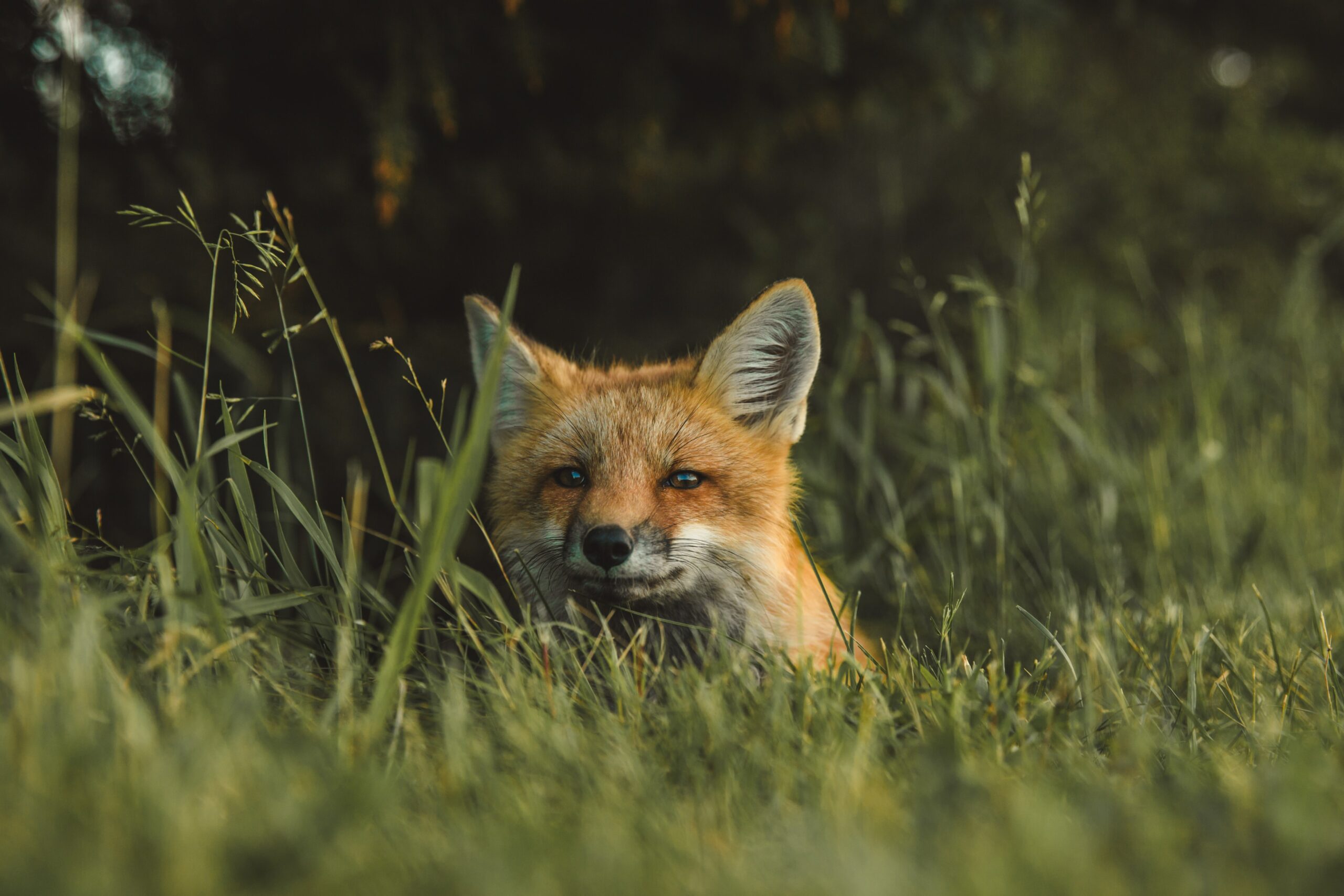 In this blog post, we will answer the following question: Do foxes eat cats? We will learn what foxes eat and discuss whether foxes are dangerous and if you can adopt a fox as a pet.

It is very unlikely that a fox will kill and eat a cat, however, it can happen. Foxes are unpredictable, they are good and friendly and they are not a threat to people, but they can attack other animals. According to several experts, it happens that foxes attack cats. The fox eats what it finds, makes an attempt, if it can, it can.

Foxes are often viewed as an unfriendly presence in productive fields and family farms. In addition to consuming the organic waste we produce, they can also attack pets, grazing dogs and livestock.

What do foxes eat?

Many people believe that the fox is a carnivorous animal, but this is not the case, foxes are omnivorous animals since they consume almost any type of food. The diet for the fox is very diverse, so they can live in the different places that exist. Foxes tend to consume small animals such as rodents, rabbits, and squirrels. The fox is a type of dog that hunts on its own instead of hunting in a group.

Small birds are also part of their diet in many areas, this is often a seasonal food, depending on the climate where they are. The fox is known to feed on grapes and fruits that can grow seasonally in different areas. These animals have incredible memories, so they will return to these places every year to benefit from the food offered there.

Foxes feed on beetles, worms, and when they find spiders they also consume them, they are not selective when it comes to eating. These animals do not let what is in front of them pass to find something better, that attitude is part of their survival, and these animals are content to eat any type of food. The fox is well known for the ability to adapt to different types of food that is available in a given area.

Foxes are scavengers and are well known for liking human food. These animals go to garbage heaps and consume the waste left by humans.

When the male fox cannot find food to satisfy his needs, he tries to feed on the newborn foxes. This attitude is not very common, nor is this behaviour necessary because foxes can find something to eat in their environment.

This type of myth develops when a fox enters a chicken coop and kills many chickens. However, if that fox continues to kill chickens, after time he takes them to bury them and later when he is hungry he will look for them. This behaviour is interpreted as killing chickens to satisfy their needs.

Another myth that arises is that the fox kills humans to feed on them. This has never been documented as true. There are myths that humans take children from campsites, foxes take advantage and murder them, this has never been verified. However, there are canines with these behaviours.

Is the fox so dangerous?

The coexistence between man and fox is so real that it has even been reflected in various artistic and cultural representations for centuries. In some countries, even today his name is an adjective that usually designates cunning and mischief. Who would forget the famous black knight Don Diego de la Vega or simply “El Zorro“?

Another quite fanciful example can be seen in the Disney animated film ‘The Fox and the Hound’, released in 1981. In the story, an old woman saves a fox cub that had been orphaned and raises it until its adulthood, when it could already live in freedom.

Although no credible stories have been recorded of such a homelike coexistence, our relationship with these wild canids has always been close. The encounter was inevitable, as foxes were present in abundance on all continents, with the obvious exception of Antarctica.

The man and the fox

The lands where the first rural settlements were established were occupied by various autochthonous species, including foxes. When our ancestors began to develop their crops, these animals saw their natural habitat invaded.

Whether out of curiosity or the possibility of ‘easy’ food, animals such as foxes were encouraged to approach humans. As a result of this approach, it was not difficult to find dead other animals such as sheep and companion dogs and, of course, also sheep and cattle. Maybe that’s where the bad ‘reputation’ is born, how dangerous the fox is.

With industrial revolutions and technological advances, the city little by little was gaining the place of the countryside. The expansion was so rapid and intense that it broke the boundaries between rural and urban. Again, the habitat of many native species was occupied by human interventions.

Many times, we hear that they have found a fox in the middle of the city, but in reality, it seems that it was the city that found the fox in its old natural habitat. In a more neutral look, we may have been the invaders and not these animals.

The coexistence each day closer to men and the difficulties to hunt their usual prey led the fox to adopt new habits. They began to invade private properties to search for garbage spaces or “rob” kitchens. The result was inevitably a clear process of eliminating these canids from human-occupied spaces in cities.

Modernity provided man with new tools and unnatural elements unknown to animals: weapons, vehicles, roads, etc. The adoption of this type of strategy caused an intense death of foxes and, by extension, the elimination of other wild animals.

Can you have a fox as a pet?

Whether the fox is dangerous or not depends on the context, just like any animal. When a living being feels threatened, it will naturally try to defend itself.

We must learn to differentiate domestic animals from wild ones and respect their instincts. Not all species are prepared to live daily with human beings and adapt to our habits. In fact, for many animals, it can be fatal.

The fox is a wild animal, which must live in the wild to reach its optimal physical and cognitive development. Pretending to raise a fox as a pet and expecting behaviours similar to that of a domestic dog sounds unrealistic and irresponsible. We expose the animal to numerous diseases and we also promote domestic accidents.

This does not mean that the fox is dangerous and the dog harmless. In the same way that a domestic dog can develop self-defensive behaviours, a fox can also attack to protect itself. Because the reaction of an animal depends on the stimulus and the environment to which it is exposed.

We must not forget that, under situations of high stress, even our lifelong pet can be extremely aggressive.

Therefore, before feeding prejudices and cataloguing certain species, we must understand the value of empathy. The other being may be different from how we think; just as a fox does not have to behave like a dog, just to please us.

A cat and a fox are great friends

The following images of a cat in the company of a fox were taken by a local fisherman in the Lake Van area (Turkey).

As you can see, the cat and the fox are great friends and a few years ago they were seen together. The two enjoy playing and keep each other company.

The pictures went around the world and made us wonder: Can cats and foxes be friends? Are we talking about a unique case or is it something that can happen more often?

When we ask ourselves if foxes eat cats, we may have to consider the fact that the fox is a predator and that in nature, food is always first. However, look how adorable this connection between animals can be.

FAQ on Do foxes eat cats?

Foxes rarely attack house cats. They are generally the same size and foxes are not interested in fighting them. However, kittens may become prey for a fox.

Why do foxes kill cats?

Foxes kill cats because they are hungry and they are struggling to find enough food to eat.

What animal would kill a cat?

The animals that would kill a cat could be racoons, eagles, owls, coyotes, otters and dogs.

Yes, foxes scream to communicate with each other. They also bark, and it is more common to hear them during their mating season in winter.

Would a Fox kill a small dog?

A fox could kill a small dog only in self-defence. Usually, foxes avoid dogs since they are oftentimes attacked by them.

Can a fox become a pet?

There are some cases of foxes becoming pets, but this is such a bad idea. Foxes are wild animals that need to be in the wild to live to their full capability. Domesticating foxes is a trend that should be condemned since it leads to so many household accidents.

In this blog post, we answered the following question: Do foxes eat cats? We learned what foxes eat and discussed whether foxes are dangerous and if you can adopt a fox as a pet.

As a conclusion, we can say that yes, it can happen that a fox will kill and eat a cat. This may happen because foxes are predators and if they can’t find enough food, they may kill a domestic cat.  Generally, foxes are omnivorous and eat small birds and grapes or other fruits.

If you have any questions or comments on this content, please let us know!