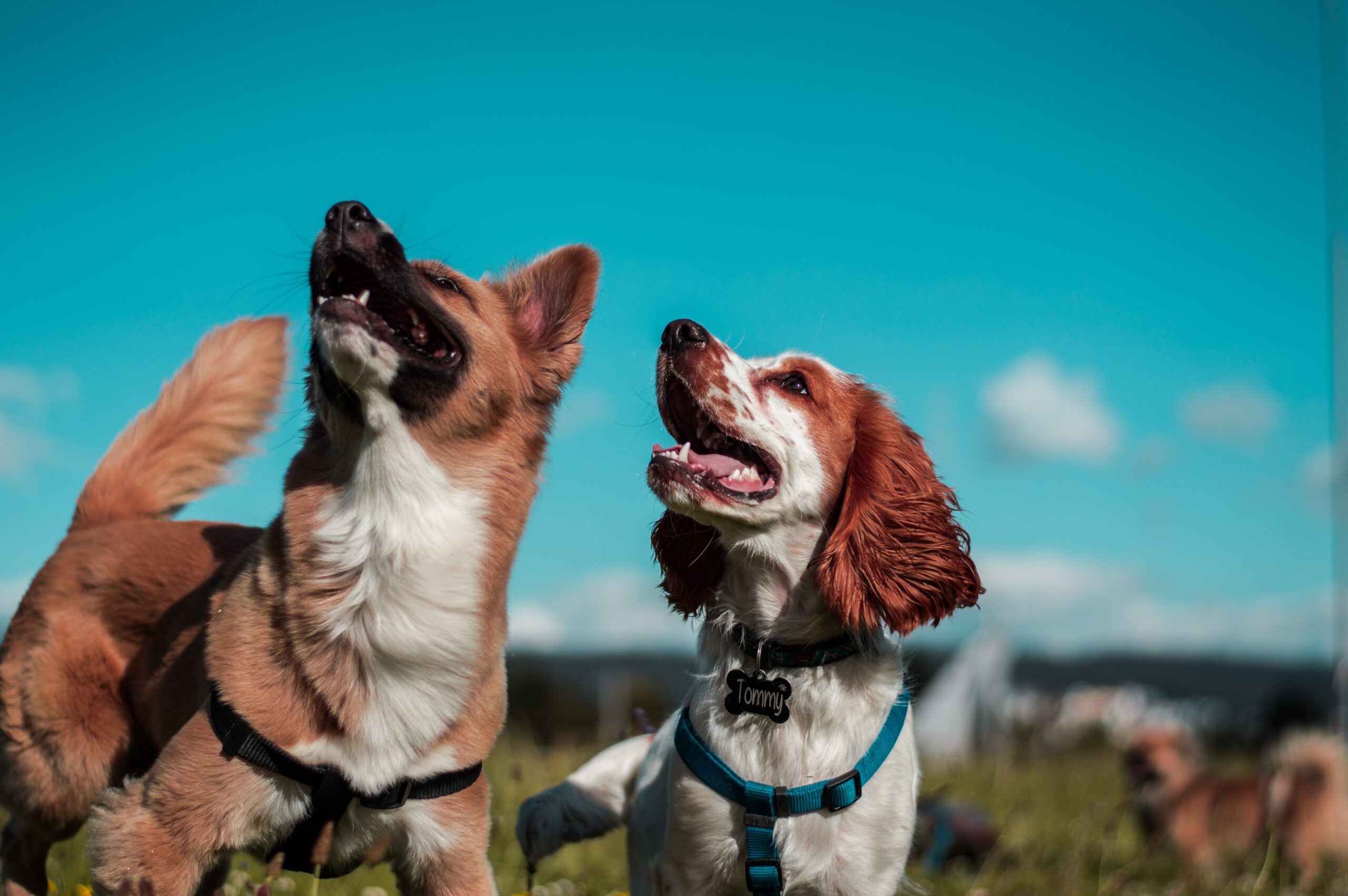 This blog article will answer the query regarding whether or not dogs know when their fellow fur friends die. Topics like what emotions dogs are capable of feeling, what dogs do to mourn and grieve the death of their dog friends, and what the owner should do to comfort a dog that is mourning were also discussed.

Do dogs know when another dog dies?

Although we can never ask dogs if they know that their furry friends have passed away, we can observe them and what they do once they stop seeing a dog they used to always play with before. Most evidence seems to indicate that dogs do experience grief in some form.

The evidence from which this notion came also says that dogs also feel all the emotions that go along with grief when they lose not just their dog friends, but their human companions as well.

There have been many instances of dogs grieving the loss of their owners, but there are also studies that show that dogs grieve for their close dog friends. At one point when we were scrolling our social media feeds, all of us may have had an encounter with a video that shows a dog not leaving the casket of his master, or a dog crying so loudly after observing that its master is not moving anymore.

What dog behaviors may tell you that a dog is grieving?

In Barbara J. King’s 2013 book, How Animals Grieve, she detailed that we may not understand how an animal understands or thinks about death but we can evaluate what we can see and how the behaviors of dogs change when someone in their life dies.

The dog may show social withdrawal, or may fail to eat and drink. But what may be the saddest behavioral change is that a grieving dog may still be searching for his lost companion and exhibit vocalizations that show it is stressed, especially when it really cannot see their friend who passed away.

Although dogs may not understand the concept of death or passing away, it does know when they have lost companionship with a dog friend when that dog friend has gone missing. They know when an individual is missing because they do not see them anymore.

According to the American Kennel Club, the following symptoms may be seen in a dog when it is in absolute grief:

Can dogs tell whether another dog is ill?

There is no definite answer to this question as people are continually studying whether dogs can feel another dog’s death and whether or not they understand grief, and the death of one of their canine companions. Although a controversial issue, there have been several moments over the years where dogs perform certain rituals among their dead or when they cover their loved ones with blankets. All of these instances make us wonder if dogs really do comprehend the concept of death.

There have been instances where dogs who sense that death is near will likely cling to and surround their fellow canine companion. They have an incredible sense of smell so when diseases, sicknesses, or other types of physiological changes happen, we may notice tiny behavioral changes and chemical changes picked up by dogs.

You may observe a loss of appetite or a disrupted sleep in your dog. They may also appear reluctant and withdrawn in playing or going for walks. Some of them also become disoriented and clingy, or might wait by the door for the other dog to return.

The intensity of the relationship with the canine companion they lost will also play a role in how hard they grieve for or mourn. When two dogs are socially bonded together, there will more often be signs of depression in the surviving dog.

These common signs of grief will surely ease over time as time heals all wounds but you should expect your dog’s personality not to shine through after a few weeks of mourning so play it safe and bring your dog to the vet, or keep a happy and positive energy around it.

How do dogs experience grief?

Some ways that dogs experience grief include waiting by the door to see if their canine companion returns, or when its ears drop. Some dogs will also lack focus which you can observe by playing fetch with it and it may seem uninterested in playing with you.

It may also feel sleepy and sleep at times when they usually do not. For example, the regular sleeping time of your dog may be from 8pm until 4 in the morning. If this sleeping schedule tweaks to, for example, 5 in the afternoon until 3 in the morning, this could be part of your dog’s grieving process.

The dog may also lose its appetite and forget to eat anymore because of the pain of losing their dog friend.

What emotions are dogs capable of feeling?

According to the Modern Dog Magazine, dogs can feel all of the basic emotions: joy, fear, anger, disgust, and love. But dogs do not experience the more complex emotions like guilt, pride, shame, and others.

Although some believe their dogs can be observed showing signs of discomfort and the other more complex emotions, a lot of research still has to be done to prove this is accurate.

What should the owner do to comfort a dog who grieves the death of its dog friend?

Dog owners should can help their dogs deal with grief by performing these steps enumerated below, according to VCA Hospitals:

Spend extra time with your dog. Try to divert your dog’s attention by engaging in her favorite pastimes. Go for a walk. Play a game of fetch. Take a ride in the car.

Be more affectionate. Make a point of petting your dog more often. Make eye contact and talk to him by dialoguing routine household activities, “OK, Scout, let’s load the dishwasher.”

If your dog enjoys company, invite friends over who will interact with your dog. A little human variety can pique your dog’s interest.

Reinforce good behavior and ignore inappropriate behavior. Some mournful dogs vocalize or howl without provocation. Although it’s hard to do, try to ignore this behavior. Resist the temptation to give your dog a treat to quiet him, which will only reinforce the behavior you want to change. Firmly tell him to hush and reward him if he complies. The reward doesn’t have to be food….a hug will suffice. You may also try to break the howling cycle by distracting your dog. Instead of approaching him, which may be interpreted as positive reinforcement of the undesirable behavior, try calling him to you. If he heeds your command, praise him and initiate a distraction such as a walk or game.

Consider medical therapy. If your dog has prolonged difficulty following a loss, ask your veterinarian about the use of a behavior modification drug. There are several medications that can serve as adjunct therapy and may enhance your efforts at resolving behavior issues associated with mourning. Your pet’s doctor may want to do blood and urine tests prior to prescribing medication to rule out systemic problems that could affect behavior, such as thyroid problems, diabetes, or electrolyte imbalances to name a few.

Think carefully about replacing a lost pet. If your dog’s grief is due to the loss of a canine companion, don’t rush to find a replacement. Give your dog time to grieve and adjust to the loss. Introduction of a new dog may add more stress to an already stressful situation.

More about these is explained by this article by the VCA Hospitals.

This blog article answered the query regarding whether or not dogs know when their fellow fur friends die. Topics like what emotions dogs are capable of feeling, what dogs do to mourn and grieve the death of their dog friends, and what the owner should do to comfort a dog that is mourning were also discussed.

Do dogs know when you cry?

Studies say that dogs can recognize human emotions. In fact, they can even guess what their human’s emotion will be when they see the hole they made in the backyard, and that is a negative emotion.

Where do dogs go when they die?

One belief of animal afterlife stems from the belief that both humans and animals are children of the earth. Using this line of reasoning, dogs and other pets move into a new dimension after death where they are eventually reunited with their owners.

Do dogs have a favorite person?

Of course! Dogs know how much we love them. Dogs and humans have a very special and intimate relationship. In fact, dogs have hijacked the human oxytocin bonding pathway that is normally reserved for our babies. A simple act of staring at a dog will have your oxytocin levels rise up, and how much more when you often play with them and pet them?

No. Within a few seconds, the dog will be unconscious but it may take a minute or two for the heart to stop.