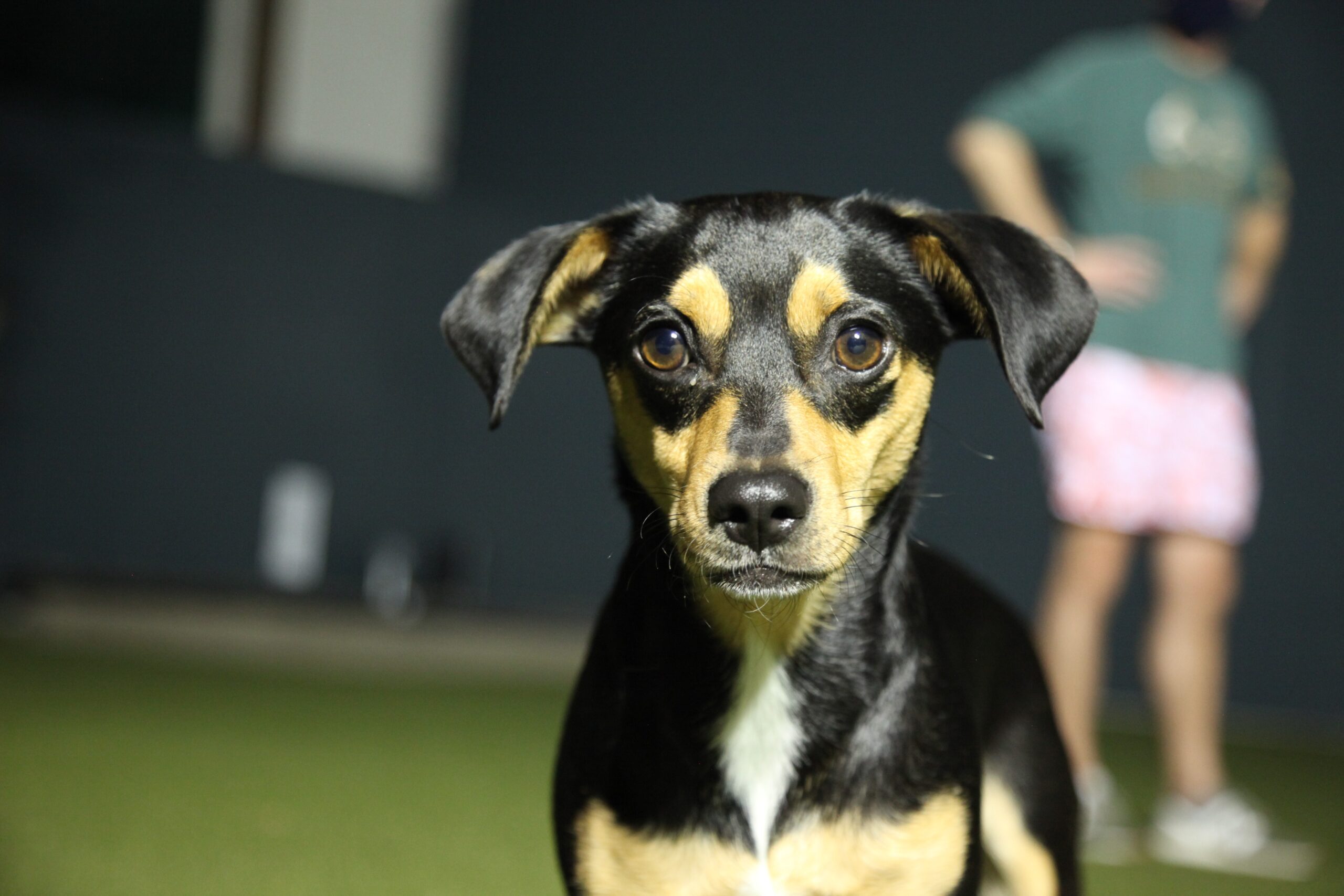 In this article, we will answer the following question: Did Chihuahuas come from wolves? We will talk about the origins of the dogs, the diversity of dog breeds. We will explain the differences between dogs and wolves, domesticated, and stray dogs.

Did Chihuahuas come from wolves?

Contrary to appearances, Chihuahuas did come from the wolves. Of course, the dogs did not reach the size of a Chihuahua on their own. Humans took advantage of genetic changes caused by natural causes to create different breeds of dogs.

The origin of the dog can be a bit difficult to understand. Depending on where you read or who you listen to, the origin can change completely. Since dogs are such a diverse and extensive range of animals, it is very difficult to lock in a clear point of origin as to which “first dog” was.

As part of the Canis lupus familiaris group, it is difficult to determine what exactly a dog is. Today, however, all we know is that the dogs we call our companions and best friends tend to be something entirely different from the wolves that have evolved from generations. The domestic dog is a man-made creation.

The dog was the first animal and the only carnivore in history to become a domesticated animal, a pet. However, we do not have a real way of accurately tracing the history and life of the dog. The answers we seek are likely to be found within a dog’s DNA.

What we know about the origins of dogs

Recent genetic work and studies have begun to work towards a certain theory: that the origin of the dog could go back up to 38,000 years! Because dogs have had a connection to humans, they have been performing tasks that we have needed their help for, such as hunting, herding, pulling equipment, and even acting as guards.

It is difficult to motivate a cat to do this job; therefore, as people moved around the world, they would have taken their dog with them, a valuable source of assistance and comfort.

Dogs began to travel around the world as people moved from one part of the world to the next. Those dogs mated with the local population of dogs and even wolves, creating an exceptional diversity of animals. This is a phenomenon that has been behind the creation of almost any type of modern and domesticated animal.

Today we have what we know as “purebred” dogs; dogs selectively bred by the man in specific patterns and styles for generations. It is not known exactly when dog breeding began, but it greatly distorted our understanding of how dogs came to be. It is difficult to follow the natural path when human intervention accelerated it.

About three-quarters of the dogs in the world are free-bread, so this much broader and more specific genetic pathway will play a vital role in helping us better understand the dog. What we also know is that the wolves of today are not the wolves that led to the creation of the dog, it is not that simple. While science today only stops comparing modern animals, we can begin to take a closer look at what the dog’s origins might be.

Research about the origins of dogs

In June 2016, the journal Science published that dogs were domesticated twice in history. This happened more than 15,000 years ago and is because people discovered that as ancient European populations were replaced by Asian populations, even dogs followed the same route. According to Science magazine, all dogs today come from the Asian type, not the European.

The belief was that before agriculture, we had no need for domestication. That is being quickly refuted by various researchers in the field. While domestication and agriculture work perfectly for other species of animals, the dog is the outlier: its origins lie long before agriculture. In fact, the dog now seems to have existed from our hunter-gatherer existences.

In the 19th century in the United Kingdom and the United States, they began to breed with a focus on physical style and their abilities, such as herding and hunting ability. Over the past three centuries, we have focused more on style and aesthetic features, creating breeds that fit our wishes.

In the past, we sought to develop dogs based on their ability to carry out certain tasks, while today we seek to “create” two that fit our physical needs and desires.

The diversity of dog breeds

We now know that dogs look very different from the wolf today for several reasons. With over 400 dog breeds today, from a husky to a chihuahua, the challenge is understanding how this happened. As wolves genetically evolved to adapt to new environments and challenges, they left a new footprint for today’s dogs.

As humans stepped in and began to choose which wolves to mate, we created a selective form of mating that led to the genetic diversity that we know so little about today. This desire for specific dogs for specific jobs has led to the creation of the great selections we see today.

With dogs that have only three types of the skull: dolichocephalic, mesocephalic, and brachycephalic, it shows the great diversity that human intervention has created. While our knowledge about the domesticated dog is still only based on theory, the only thing we can confirm is that we were the pioneers in creating so many dog ​​breeds.

In our desire to create everything from the loyal friend to the excellent hunter, we have brought dogs from the noble wolf to the comical pug.

A team of specialists identified what the first dog looked like and ate. Researchers were able to identify the oldest specimen after studying a prehistoric dog’s skull that lived 31,700 years ago, according to NBC News.

The skeleton of the prehistoric dog was found in Belgium in the Goyet cave and, according to calculations, he lived in the Upper Paleolithic. “In shape, the Paleolithic dog resembled a Siberian Husky, but slightly larger than a German Shepherd. Prehistoric dogs had larger but shorter snouts,” said a paleontologist at the Royal Belgian Institute of Natural Sciences, adding that the animal fed on horse or reindeer meat.

According to a study, all small dogs could be descended from wolves that inhabited the plains of the Middle East 12,000 years ago.

“The results of our study show that the version of the IGF1 gene identified in small dogs is also found in wolves living in the Middle East,” said Melissa Gray, a researcher at the University of California, according to the Daily Mail.

Moreover, the researchers observed the tendency of domesticated animals to reduce their weight and height. This phenomenon could also be identified in the case of pigs or cattle.

There are currently 340 recognized dog breeds. According to a study presented in Modern Dog Magazine, controlled mating to obtain different breeds is a practice specific to the last hundreds of years.

The transformation from wolf to dog occurred without the clear intention of man. Friendly and domesticated wolves remained near human settlements. Those animals remained with those characteristics that man liked.

With much more food available than their wild fellows, these groups could live longer and the chicks were more numerous. Thus, the “dogs” had a favorable context in which to develop benefiting from human protection.

According to a scientific theory proposed by researcher Mark Derr, such different forms of dogs came from genetic mutations, caused by the fact that domesticated wolves tended to multiply among themselves in the same group. This could have led to those genetic mutations that then gave humans the opportunity to create more than 300 dog breeds, writes the Institute for Creation Research.

Why do dogs bark and wolves don’t?

Wolves, foxes, and other members of the canine species bark very rarely and with low intensity. Dogs, on the other hand, are not afraid to bark often and loudly. According to the researchers, this totally different behavior is due to human preferences.

Over time, the man sought to have animals near the barks that would bark loudly and warn the group in case of danger. Frequently, over time, dogs that did not bark were considered useless and later abandoned.

According to a study conducted by Andrei Poyarkov, a researcher at the Institute of Ecology and Evolution in Russia, quoted by Popsci, stray dogs in Moscow have developed new skills, some similar to those of the ancestral wolf, to survive in urban areas.

Guard dogs receive food from staff guarding buildings in Moscow and often help protect the space in which they receive food. Garbage seekers make their living by searching through the rubbish thrown by people.

Wild dogs are those that have developed characteristics, to a certain extent, similar to wolves: they hunt mice, rats, and cats at night.

The so-called begging dogs have developed a very interesting behavior. Based on food received from passers-by, these dogs have developed the ability to recognize people willing to give them something to eat. Poyarkov argues that the structure of the pack of begging dogs reflects a stronger emphasis on intelligence than strength. Not the biggest dog is dominant here but the most socially skilled.

Anyone looking at a Chihuahua, a Sharpei, or a Poodle now can hardly imagine that their common ancestor is the wolf. Biologists have conducted extensive studies to find out the origin of the domesticated dog.

With the help of modern research technology, we can now get a pretty accurate idea of ​​how the gray wolf got around the man and “turned” into a dog.

Some claim that the man needed protection and help with hunting, so he looked for a companion. He took the chicks from the wolf and raised them in his shelter, domesticating them. Others, on the contrary, claim that the wolf was the one who turned to the man for shelter and food.

30,000 years ago, the man, like any other animal, was in competition for food, so it is hard to believe that he would have preferred to have another consumer next to the shelter.

But wolves quickly discovered the advantages of human settlements. But the winning book was drawn by friendly and docile wolves. The brave but aggressive died at the hands of man. Those who proved to be gentler survived. In time, the man began to notice the benefits of having a dog.