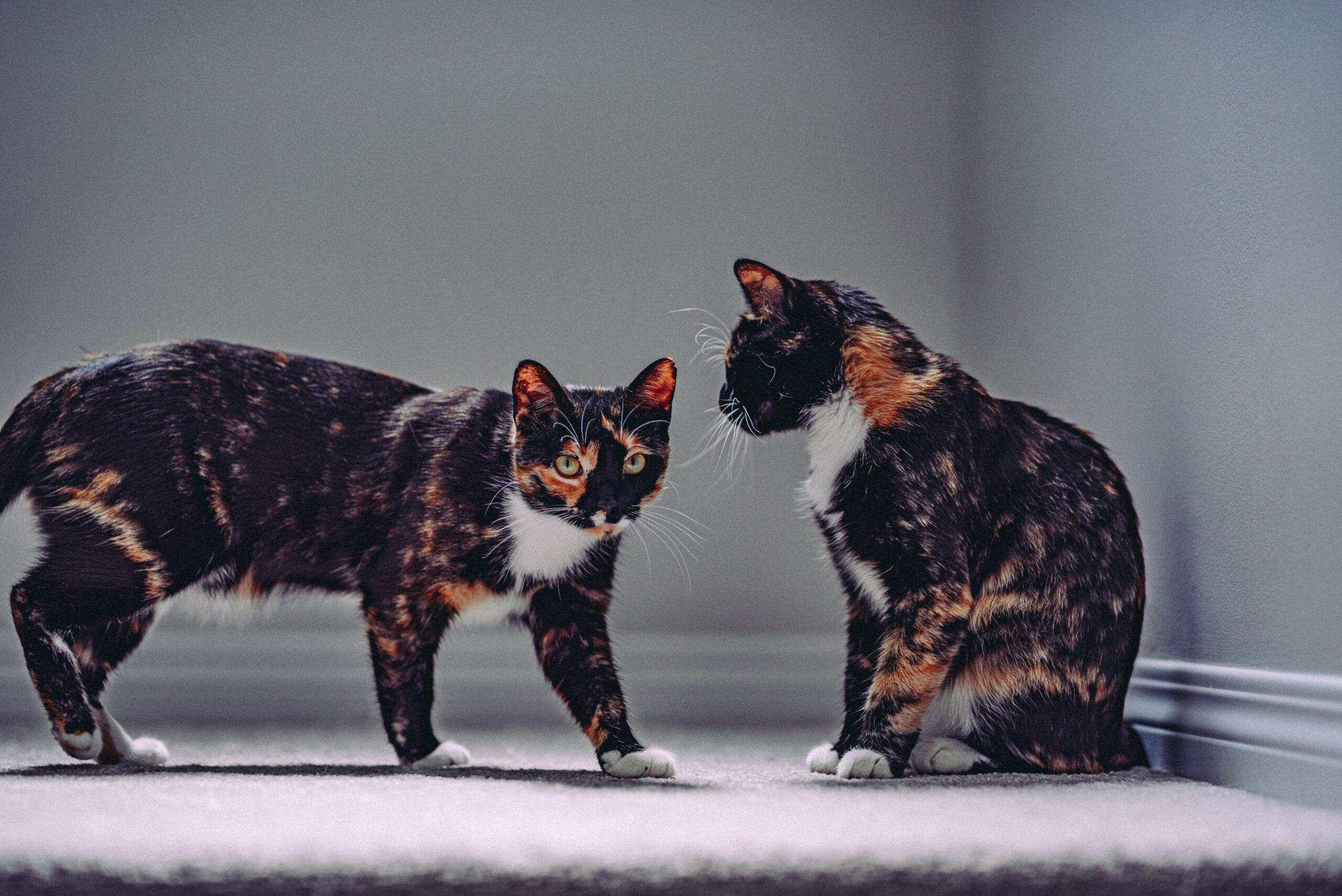 This blog will talk about why cats and dogs are capable of playing despite being different species with different natures. Moreover, it will cover topics like tips on how to train a puppy and a kitten to live together, how to tell when a dog and a cat are playing or fighting, and the overall cat-dog relationship.

Normally, what we believe is the relationship of a cat and a dog is always a hate relationship. In fact, there is a popular notion that declares that cats and dogs just cannot get along with each other. They are animals of different species and mentalities like rivalry and competition against each other are hardwired into their brains.

We have covered in previous blogs the science behind why this notion was given birth, and why it is almost impossible for a cat and dog not to fight with each other. Many think this is the case because cats and dogs have different systems and therefore have different thinking processes.

But the internet says otherwise. I am sure we all have seen videos of cats and dogs playing with each other, in a non-violent way where both of them are happy and pleasured. What explains this, then? Aren’t they different species who cannot get along with each other because rivalry and competition are hardwired into their brains?

In this blog we will try to answer each and everyone of these questions, including tips on how you can get a dog and a cat to play with each other the non-violent way.

What is the root cause of why some cats and dogs play?

One common explanation is that dogs and cats entertain a complex series of behaviors intended for communication, but they do not match up between their species. So when a cat and a dog in the same household try to be peacemakers and respect each other’s boundaries, they will, as much as they can, try to be responsible pets.

Another explanation that is quite popular recently is that cats and dogs have developed what is called the “opposing scents” over generations. This means that they differ in odor and they drive the other species a little crazy. If the dog tends to be hysterical and run around the house a little more than what it used to do, this is not an immediate concern. This may be because the dog is just driven temporarily crazy by the new scents. Dogs and cats both have a hypersensitive sense of smell and this affects their behavior. This also explains the hysteria your dog or cat experiences when they are introduced to the scent of the other animal.

Dogs and cats also engage in play to show superiority or dominance over the other animal. This is where it can turn negative. This is a case-to-case basis so it is important that you take notes first and monitor their behaviors before you decide on discouraging that you do not want your animals to interact anymore. In a study by a university in Israel, 70 percent of all mixed-species households interact in a positive way.

If you note the negative behaviors that begin to form when your cat and dog engage in “play”, that is when you deem it is time to intervene. You can also consult local veterinarians and experts of pet behavior about training programs that can get them to play in a non-violent manner.

How do you tell whether a dog and a cat are playing or fighting already?

This is not an easy task. Even experts could be wrong about telling whether two animals are fighting or just playing. But there are some easy warnings that you can learn to observe your two little pets. If one pet or the other is frequently running away or hiding, this can be a classic symptom of fear in either animal and can disrupt your household. Although, running can sometimes be playful so you really need to distinguish running away to hide or running to play.

Biting is also one symptom of negativity rather than positive play. Make sure that if biting happens between your animals during play, and there are no screams and yells for help from either animal, then that is positive play. Screams or barks for dogs is not a normal part of friendly play interactions. For cats, on the other hand, they play silently whether the play has become negative or still positive.

Hissing can also be a clear cut sign that a cat wants to be alone. In fact, this can also be an inadvertent reaction to new stimuli. You will really need to keep a close watch if your cat is confusing you with its behavior.

It is important to observe their behaviors after play. If the “play” ends in a yelping dog with a scratched and/or a hissing cat, this is a sign of negative game play. Reading body language signals can help you determine when it is time to intervene before your pets can make more damage toward each other.

Subtle signs that your cat is preparing for a real fight or flight are seen when its ears turn backward or lie flat, when its fur stands up, when its back is arched, or when its tail is thrashed.

If your dog’s growl starts to lower in pitch and continue, this is a visible sign that your dog feels uncomfortable or threatened. Once the teeth and claws come out, that is when you separate them immediately to stop both of them from sustaining damage.

How do you train a puppy and a cat to live together?

Dogs and cats do not have to be enemies despite their entirely different thinking processes. If you introduce your puppy to a kitten while both of them are young, you train either pet to behave themselves. These steps below will help you get your cat and dog engage in positive play.

This blog talked about why cats and dogs are capable of playing despite being different species with different natures. Moreover, it covered topics like tips on how to train a puppy and a kitten to live together, how to tell when a dog and a cat are playing or fighting, and the overall cat-dog relationship.