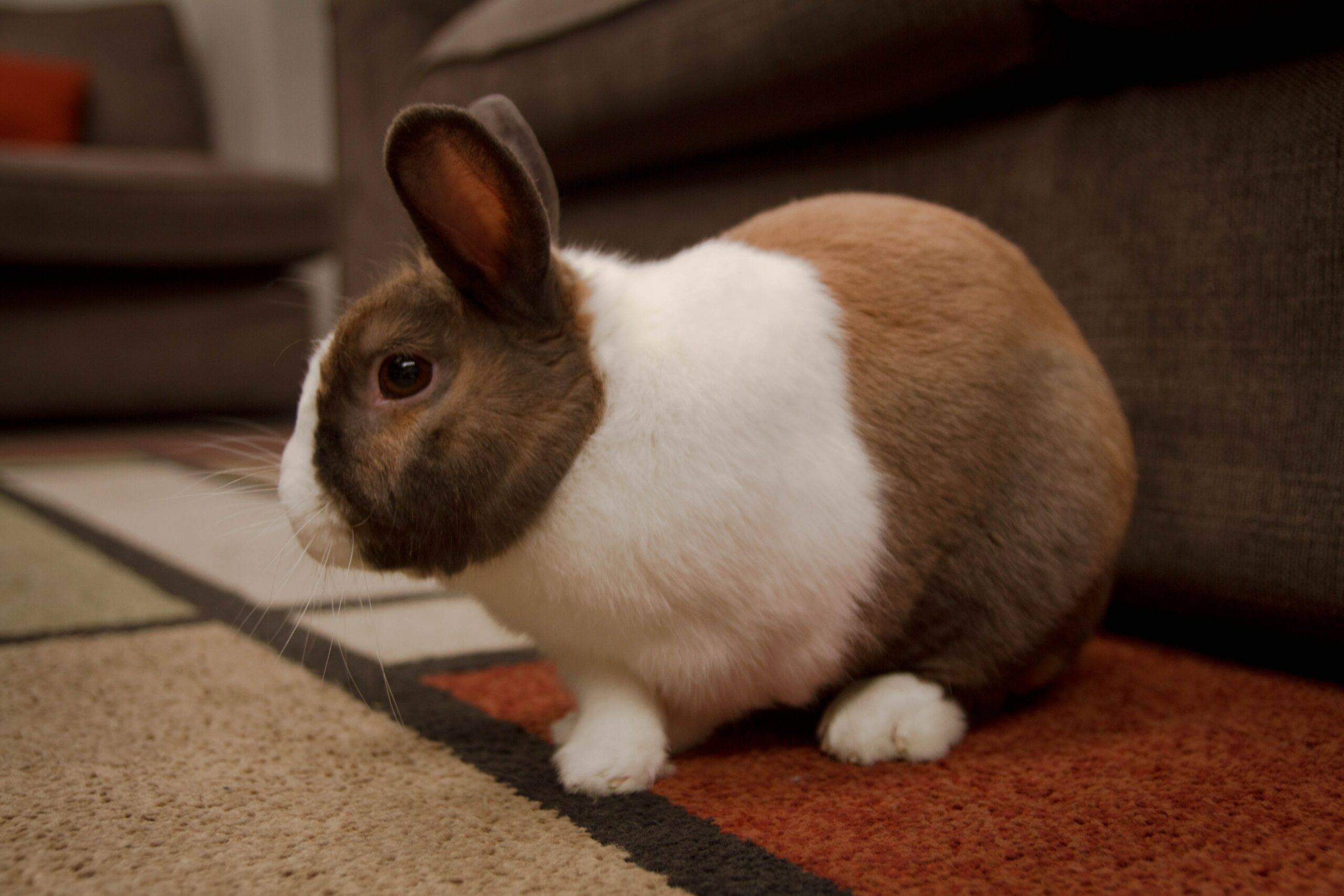 In this blog post, we will answer the following question: Can rabbits defend themselves against cats? We talk about the defence mechanisms of a rabbit and if the coexistence between cats and rabbits is possible.

Can rabbits defend themselves against cats?

Generally, a rabbit will try to defend itself against cats or any other predator. However, if it will succeed, depends on the size and the age difference between the two animals.

The coexistence between a cat and a rabbit may seem very difficult if not impossible, but nothing is further from reality, since the rabbit and the cat can become great friends, provided that the first steps in coexistence are taken properly and progressive.

The defence mechanisms of a rabbit

Like most animals, rabbits have defence mechanisms against possible predators or dangers that can cause their death. Its main ones are:

Is coexistence between cats and rabbits possible?

Cats and rabbits are different animals: the former are predators, while the latter are prey to many other furry carnivores. But humans have achieved things that nature could never have even imagined. It is easy to find videos of felines on YouTube behaving in a very friendly way with what their prey should be.

The truth is that, if we think about the characteristics of each one and the diet they follow, more than one and more than two are going to say no. And with good reason: if you join an adult cat with a rabbit -especially if it is a small breed- it is most likely that you will have many problems since the instinct of the feline is … to hunt.

But as we said at the beginning, this situation may be different. How? Very simple: adopting a 2-month-old kitten. The reason is that cats with that age and up to 3 months go through the period of socialization; that is, for eight weeks they must interact with other cats, other animals and people to get used to them. And it is in this period during which a cat can befriend a rabbit since it will not see it as prey.

How should a cat and a rabbit socialize?

If you plan to adopt one or the other, we recommend that you follow our advice:

They must both be small – Especially the cat. Felines, as we said, between 2 and 3 months of age go through a very important period of learning, during which they must interact with all the types of animals that their human family wants them to get along (or at least, they can get used to your presence). This will get you out of a lot of problems in the short and medium-term.

Besides, when it comes to the rabbit, this is a fast learner animal that must protect itself from predators. Therefore, if you want him to get along with your cat, you will have to adopt him when he is young, and more specifically, before he is three months old. But yes, do not separate him from his mother until he has learned to eat by himself because that would not be good for him either.

Take care of them and play with them daily – Every day you have to give food – cat treats to the feline, a carrot for example to the rabbit – to both at the same time. But you also have to play with them and be very aware. You should spend time with them, never leave them unsupervised.

Even if you have to be away, it is highly advisable to leave the rabbit in its cage – which is as large and spacious as possible – so that it can continue to have contact with the feline but from a safe place.

Do not hesitate to caress one first and then the other. In this way, their bodies will have the smell of the other, and that is very good because in this way they will recognize themselves as family.

Avoid stress and tension  – Animals are very sensitive and our discomfort can greatly affect them. If we bring tension home, it is easy for furry animals not to be able to live happily, since it is not that feeling that they ‘breathe’ at home.

Also, they mustn’t be disturbed, because if there is someone who wants to hold them constantly or forces them to do things they do not want, it should not be surprising that problems arise and that they cannot socialize correctly.

How to prevent my cat from attacking the rabbit?

The way to avoid these attacks is to socialize both when they are puppies. If the cat is already an adult when a rabbit is adopted, unfortunately, the most normal thing is that it wants to attack it following its instinct. It should not be forgotten that cats are carnivores, they are predators; instead, rabbits are prey in the natural world.

If we want to change the situation a bit, if we want them both to be friends instead of enemies, we will have to adopt them when they are still young; otherwise, we will be forced to keep them separated for the safety of the rabbit.

Can cats get along with pet rodents?

We dare to say YES, having as evidence the numerous stories and videos in which the two protagonists accept each other. But Nature has not given up playing games and we are still talking about a predator and prey, which they were destined to run, like Tom and Jerry.

As a kitten, they learned from their mother everything about hunting and survival. If during this period we introduce the pet rodents, there are great chances that the little cat will see a friend and not a moving dinner. It is unlikely that in adulthood the kitten will develop aggressive behaviour towards its childhood friend.

The cat’s temperament must also be taken into account. An active, vigilant and hardworking cat will relentlessly attack any movement. Instead, lazy and sleepy cats will barely take a look at the rodent’s cage.

FAQ on Can a house cat kill a rabbit?

Rabbits don’t dislike cats. There are many success stories of cats and rabbits living together, even grooming each other. If you want to keep both pets, you have to help their coexistence – it is not impossible!