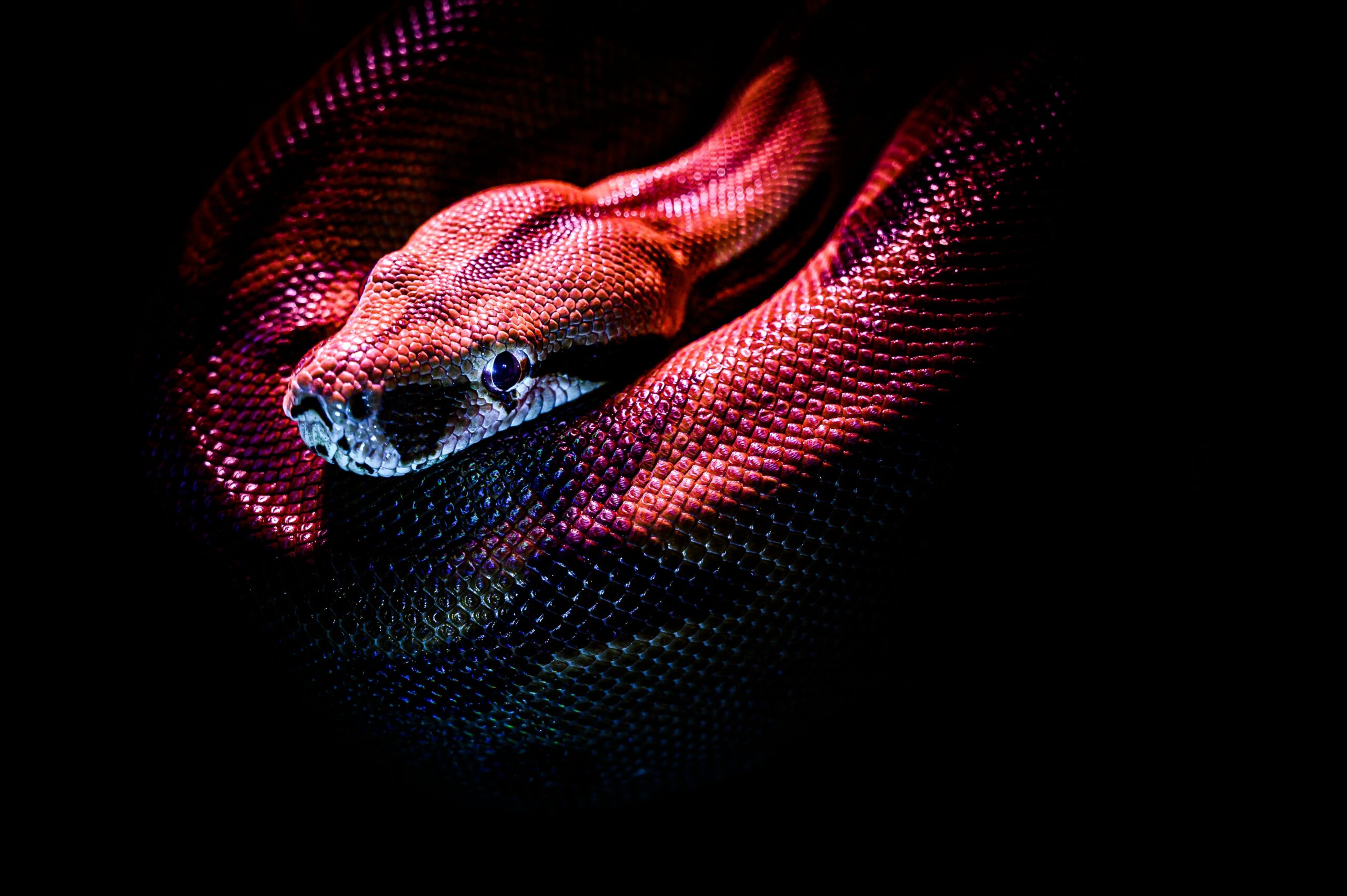 In this blog post, we answer the following questions: Can I overfeed my snake? How often should I feed it? What is the best food for snakes?

We talk about snakes diet, the importance of feeding it correctly and how to provide the necessary vitamins in order to keep the snake healthy.

Can I overfeed my snake?

Yes, you can overfeed your snake, which will ultimately result in obesity and other health issues for your pet. Obesity can reduce the movement of the colon, but not the ability to absorb water from urates and faeces.

In snakes, urine is produced in the form of semisolid uric acid salts, called urates. A common cause of obesity is the hardening of urates within the snake’s body.

Reptiles do not have a separate opening for their faeces and urine to pass out of their bodies, instead, they have a cloacal opening. Commonly known as the vent, the cloaca is located at the bottom of the reptile’s tail.

The cloaca received urates from the kidneys, faeces from the colon, and babies and eggs from the oviduct. All of these leave the body through the cloacal opening.

As the colon absorbs more water from the uric acid suspension, it creates a harder uric acid plug that accumulates within the snake’s digestive tract. This blocks the passage of stool, resulting in constipation.

Most snakes will continue to eat even while constipated until their intestines are so full that they become intolerable. At this point, the snake is seriously ill and will require the immediate attention of a veterinarian.

Other causes of constipation in snakes include severe parasitic infection and partial paralysis from a nutritional disorder or injury.

The best food for snakes

It is not uncommon to read in books, articles … that this or that prey is very nutritious. Common sense should tell us that this statement does not correspond to reality. The nutritional quality of prey is given by multiple factors. The most important is the feeding of the prey, period and conditions of conservation and the type of prey.

Why the type of prey for snakes matters

Not all the animals we feed our snakes are equally nutritious. In rodents, for example, the degree of development is very important.

In a day-old mouse, the Calcium/Phosphorus ratio is 0.88. In the same mouse with 7 days, this ratio would be 1.1. Very young animals contain a higher percentage of water than adults, and they barely have fat, likewise, the lack of ossification makes their calcium content clearly lower than that of an adult animal.

On the other hand, they also contain less collagen and their protein is easier to digest. The differences between species in the case of rodents are not very significant in any case.

Exactly the opposite happens with insects, age is of little importance, but the species is undoubtedly a detail to take into account. No insect has adequate Calcium/Phosphorus levels, which must always be assessed (and corrected).

Despite what is said, tenebrious are NOT a good “insect” for food, they have too much fat, and they contain proportionally much more quinine than other insects, which usually makes them very indigestible.

The conservation period and conditions of a snake’s prey

The temperature and storage conditions influence the content of certain elements in food. Of course, these variations apply to “dead” prey. The lower the temperature at which a product has been stored, the higher the quality it will have.

Another important factor is that the temperature in the case of frozen food is kept as homogeneous as possible and never rises above -18ºC. When this happens, the structure of the ice crystals in the food is modified. Frozen products, which usually translates into a clear alteration in the quality of the product.

Another important factor is light. The energy provided by the light rays that strike food is enough to destroy especially sensitive molecules, such as vitamins. It is recommended that the prey be kept in a container or with an opaque coating. The last relevant factor in the preservation of food would be the presence of oxygen.

In a normal atmosphere of air (which contains oxygen), the fats of frozen prey undergo alterations that lead to the appearance of harmful substances for the animal that ingests them and the destruction of vitamin E.

Whether the fat is covered (to preserve its skin) or vacuum packed, this process is of little importance, but if there is fat from the prey exposed to the air, rancidity is not something that can be ignored. The best thing in these cases is that the food is kept for the shortest possible time (the shorter the period until consumption, the lower the degree of rancidity.

Finally, it must be said that no prey that we are going to supply to our snakes is nutritious by itself. In order for a mouse to contain adequate levels of calcium, it must have received an adequate amount of it in its diet.

Animals are unable to synthesize most vitamins. If the diet that we gave to the prey was poor in some element it is clear that the predator will suffer the same deficiency when eating the prey.

Let’s go back to the case of the tenebrous. In theory, a tenebrious would not have to be richer or poorer in vitamins than any other insect, qualities of its own species apart, however, these larvae usually feed on a diet consisting basically of flour and bran, poor foods el Calcium and certain vitamins.

As a consequence, tenebrious are poor in those elements that are scarce in their diet. A mouse with a monotonous and unbalanced diet will be poorly nutritious prey.

Rats must ALWAYS be delivered dead. They are animals large enough to cause serious injuries or even kill a medium-sized snake.

When feeding our snakes, their habits must be taken into account. A nocturnal snake will not feed easily during the day, no matter how juicy the prey we offer it. If the prey is not consumed in 2 hours it is best to remove it. Snakes capture their prey when the hunting stimulus is triggered, when they see their future food move, they notice its heat.

After two hours with the prey the stimulus is totally inhibited (it no longer pays attention), so most likely is that it does not feed on a live mouse that is used to seeing walking through its terrarium for two days even when it is hungry.

Whenever live prey is used, they must be present until the snake has eaten them to ensure that there are no accidents. The prey must be fortified with calcium and vitamins. It is especially important in the case of frozen foods such as fish, which lose thiamine during their conservation.

The prey (alive or dead) can be injected with a vitamin solution before giving it to the snake, an abundant and vitaminized meal can also be given to the prey before taking it to “meet” our snake, or force them to take the vitamins through an oesophagal tube if they do not eat them voluntarily. Flouring can also be used for small prey such as insects (literally coating them in vitamins).

FAQ on Can I overfeed my snake?