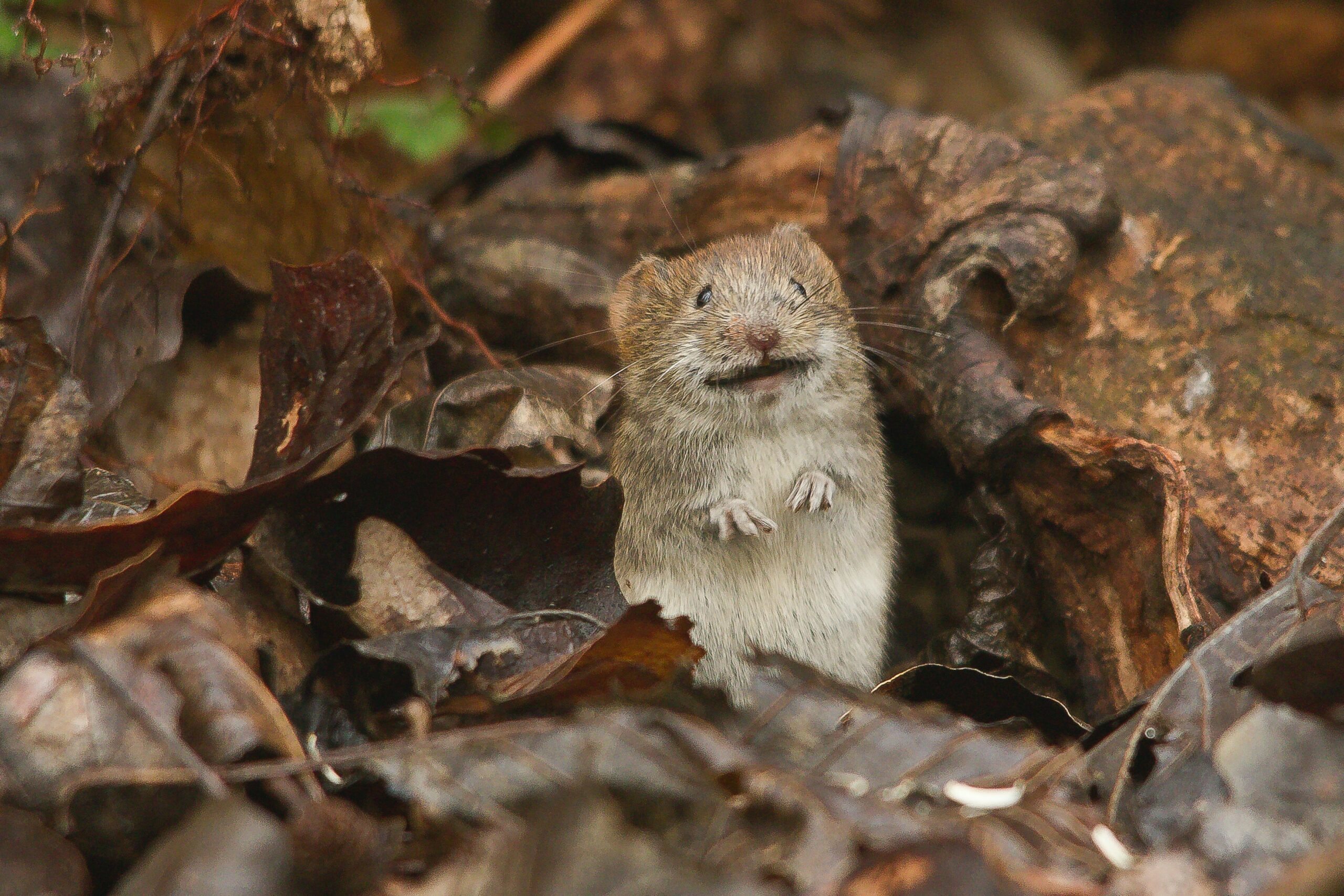 In this article, we answer the following question: Can I feed my snake a dead mouse? We teach you how to feed a snake so that it doesn’t reject the food, and what are the benefits or frozen or recently killed prey vs live prey.

Can I feed my snake a dead mouse?

You can feed your snake a dead mouse, but it all depends on the conditions in which it ended up dead. If the mouse died of natural causes – it is not advisable to give it to your snake. Once you do not know the cause of death, you should always assume that it was caused by a parasite that could be harmful to your pet.

If the mouse is bought from a truster breeder or food supplier, then frozen and thawed (safely and correctly) to feed the snake, then yes – it is ideal as a prey.

To prepare the frozen prey you have to take them out of the freezer 10 hours in advance. It is advisable to heat them for 15 seconds before giving it to the snake. If the prey is not eaten, discard it and, under no circumstances, freeze it again!

Food is one of the most important aspects to ensure the survival of snakes in captivity. And although there are several methods of force-feeding, it should be the one to do it alone. Snake owners often run into problems when feeding their reptiles.

The most common feeding problem that owners have is:

Next, we will tell you what things you should take into account to feed your snake.

How to feed a snake so that it does not reject food?

Unfortunately, the information on exotic pets is rather scarce and few people know that most snakes can be fed freshly dead or even frozen mice. You just have to know the technique. Whether or not a snake accepts dead prey depends on three factors:

The further we move away from the diet of the snake in its natural environment, and the more specific this diet is, the more difficult it will be for it to get used to eating dead prey.

However, it is not impossible to achieve. Royal snakes are mostly coprophagous (they eat other snakes), and yet they are currently being kept and even reproduced in captivity on rodent-based diets.

However, specimens that have been fed for much of their lives with live prey will be more reluctant to feed on dead mice, simply because those prey do not behave like the ones they have always eaten.

There may be snakes who do not accept dead prey or certain types of prey although normally there would be no problem. It is their “personality.”

You always have to respect both the prey and the snake itself. You have to research what is the best diet according to the size of your snake and what type of prey it should eat. Remember that all snakes are carnivores.

Fortunately, there are several ways to entice a snake to eat what you offer. Here are a few tips to get your snake to eat food:

How often should you feed your snake?

Your snake will eat based on how old it is:

Developing snakes. Snakes, when they are in full development, have to eat one or two prey every 7 days. And the size of the prey has to be proportional to the size of the snake.

Adult snakes. Once they are adults, one prey every 15-30 days depending on the species and the size of the prey.

Finally, do not forget that despite carrying out all these tips, you should not feed your pet without first having undergone a review by a veterinarian who will recommend the frequency of consumption and the size of the prey.

How to feed a snake with recently killed prey

The method is simple. Mice are kept alive until just before being used for food. When we go to feed the snake the mouse is killed and it is given freshly dead. If we don’t like frozen mice or can’t find them, let’s use freshly slaughtered but never live prey.

The main advantage of using freshly killed prey is that it is much easier for a snake to accept a freshly killed mouse than a frozen one. The animal has almost all the characteristics that a living mouse would have (smell, heat …), except that it does not breathe, nor does its heart beat.

However, this type of food also has its drawbacks. For people for whom giving a live mouse to their snake is a problem, this is not the solution, since they find it even harder if they have to kill the mouse themselves.

Another disadvantage of this type of prey is that it must be kept alive until the moment of feeding our pet and sacrificing it just before, while frozen mice can be safely kept in the freezer without worrying about whether they have food and water.

In general, feeding freshly killed prey to a snake is more expensive than using frozen mice.

There are many ways to euthanize a mouse. We have heard recommended methods like hitting them against a hard surface in a bag. However, this form is not the most suitable, neither so that the mouse does not suffer, nor so that the prey is in good condition.

Many snakes reject prey that has bled.

The best method is the one used in laboratories. The mouse is held by the tail (be careful not to catch rats like that) and it is placed on a smooth surface (where its legs slip) and hard, with the other hand we take a pen that we place firmly behind its head, to the height of the neck, pressing.

If with the mouse thus held, we pull hard on the tail (without going overboard), we will strip it and kill it on the spot without it suffering, and also the prey will not deteriorate at all.

In most countries with a strong terrophile tradition, snakes are fed frozen prey. The advantages of this type of food are undeniable.

It is much easier to keep frozen mice than alive, you do not have to worry about feeding them, cleaning them, or the space they have.

Secondly, we avoid the bad luck of having to sacrifice them ourselves if this is a problem.

Thirdly, we can keep more prey at home than if we used live mice, and they are easier to transport, to the point of being able to buy them by mail or even go once a year in search of a trusted breeder and buy enough stocks.

Furthermore, frozen mice are always cheaper than live ones, for the simple reason that they generate fewer costs in their production. However, they also have their drawbacks. They can be difficult to find, and snakes are much more reluctant to accept them, especially if we don’t do things right.

In this article, we answered the following question: Can I feed my snake a dead mouse? We taught you how to feed a snake so that it doesn’t reject the food, and what are the benefits or frozen or recently killed prey vs live prey.

Unfortunately, the information on exotic pets is rather scarce and few people know that most snakes can be fed freshly dead or even frozen mice. You just have to know the technique.

FAQ on Can I feed my snake a dead mouse?