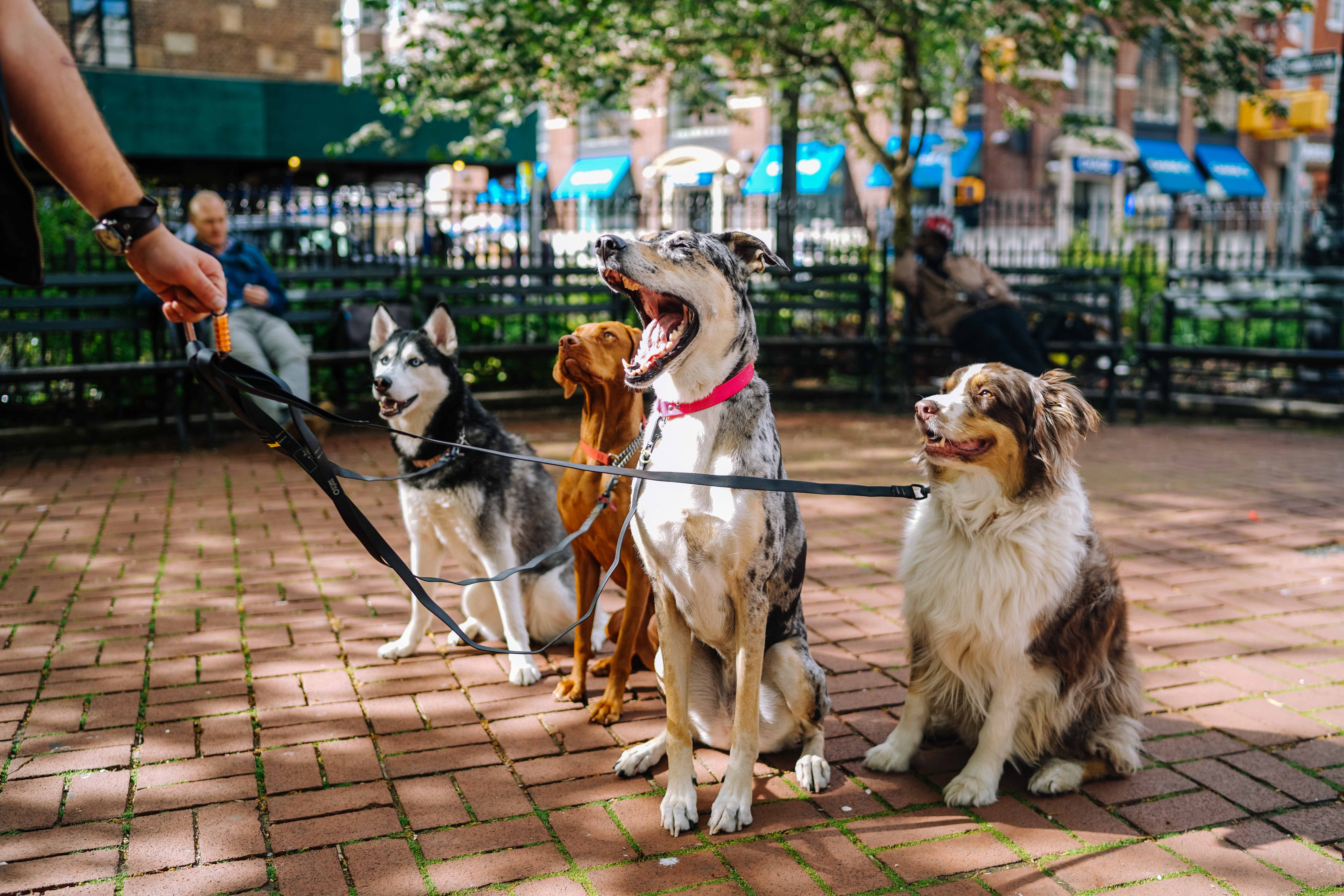 In this article, we answer the following question: Are mutts healthier than purebred dogs? We talk about common hereditary diseases in dogs and some surprising facts about mutts. Finally, we give you some tips to increase the life expectancy of your dog.

It is a common belief that mutts (mixed-race dogs) are healthier than purebreds. The truth is, that mixed-race dogs can inherit genes that make them sick, just as a purebred dog would. Of course, it is less likely, since a defective gene (that carries a disease) can only be found in one parent instead of two.

However, this doesn’t mean that mutts have perfect health. It is the same for parents who inherit coat colour, intelligence or physical appearance. They can inherit genetic diseases as well.

Thus, it is not true that mutts are healthier. They have a smaller chance of inheriting a genetic disease, compared with a purebred, but it doesn’t necessarily imply that they are healthier or happier. Vet visits and preventative check-ups should bever be overlooked.

Just like humans, dogs can inherit diseases. It is important to know how to identify them and to know them, you can also seek advice from your veterinarian, he will tell you what to do.

Symptoms are difficulty passing urine, bloody or dark-coloured urine. Clots are formed due to an accumulation of mineral crystals. Some types of stones can be treated with antibiotics, while others require surgery to remove them. Filtered water and periodic examinations are advised to monitor the problem and its appearance.

It is a neurological pathology that manifests itself in elderly dogs and causes discomfort in the hind extremities and drag of the hind legs, the inability to support one’s weight and even paralysis (destruction of motor neurons is the cause). It is untreatable and all dogs eventually develop mobility and incontinence problems. The outcome of this disease is always fatal.

Their noisy breathing and snoring are indicators of certain hereditary diseases. These dogs are particularly predisposed to heatstroke. Fortunately, surgery can reduce the appearance of these disorders.

If you are wondering whether to adopt a mixed breed dog, think no more. Discover with us some surprising facts about them and if you are not convinced then we do not know what will.

First of all, you should know that they live longer. Since there is no inbreeding, mixed breed dogs are less likely to develop inherited defects such as genetic disorders that can ruin their lives. This phenomenon is known as “hybrid vigour” and what it means is that as the genetic group is broader than these dogs are stronger and longer-lived.

You never know how it will be as an adult, physically speaking. Like some people, like teenagers who “morph” when they grow up, so do mixed-breed dogs. Many mixed-breed dogs can be a not very pleasant puppy to look at, but as adults, they can become as majestic as any purebred dog.

Since mixed breed dogs are often between 2 purebreds, then no one can predict how beautiful or not they will become.

But sometimes the crossbreeds can be between dogs that are different in temperament and everything will be left to luck and your skills to educate him that he will be a friendly, sociable, calm and reserved dog.

It is cheaper to adopt. Naturally, it is much cheaper to acquire a mixed breed dog, even if you are going to adopt it from a shelter, it is necessary to make a donation that is regularly to cover medical rehabilitation expenses such as vaccines, deworming, etc.

And finally. You should not look down on a mixed breed dog just because it is not purebred, that does not mean it does not deserve love and a home. So you have a mixed breed dog like a Cheewinie or a Morkie, treat him well, educate him, make sure he is sociable and most important of all, give him all the love you can because regardless of his breed, he will always love you and it will be loyal to you.

Can you guess which is the breed with the longest life expectancy? A track, it is also that of the smallest dogs in the world. Think of small dogs with a small body but great courage and large, erect ears. We are talking about the chihuahuas, most of the dogs of this breed can live for more than 20 years.

In general, smaller dogs tend to have a longer life expectancy, although curiously the longest dog in the world so far is Maggie, an Australian Kelpie who died when she was 30 years old. In the Guinness Book of Records, we have Bluey, an Australian Shepherd who lived to 29 years.

Most of our four-legged friends usually live between ten and thirteen years on average, these are some of the breeds that tend to exceed that average by far:

Yorkshire Terrier: This breed is one of the longest-lived behind the Chihuahua and they have a life expectancy that ranges from 17 to 20 years.

Pomeranian: It is the sign that longevity and energy go hand in hand, this breed can reach 15 years without problems with the vitality of a puppy.

Dachshund: These high-energy, extraordinarily brave dogs are one of the longest-lived breeds, having an average life expectancy of 17 years.

Lhasa Apso: This breed comes from Tibet and they are natural guardians that can reach 19 years of age.

Chihuahua: As we told you before, these dogs have the reputation of being the longest-lived with a life expectancy of 20 years.

How to increase the life expectancy of your dog

Genetics indeed play a significant role in the longevity of our pets. But we have already seen that, for example, the dogs with the record for having lived more years curiously were not the breeds with the longest life expectancy.

Therefore, the most important thing is that we take care of the health and well-being of our pet so that it can not only live for many years but also make it as healthy and happy as possible.

A balanced diet is a fundamental factor to ensure that our furry is receiving all the nutrients it needs, improving its physical and mental health and preventing the appearance of diseases. Pre-made foods, although a little cheaper, generally will not provide everything they need. Keep in mind that they have mostly been created with animal by-products and do not have all the vitamins, minerals and proteins that our four-legged companions need in their day today.

We recommend that you bet on a diet that is as healthy and natural as possible. Like, for example, the dehydrated food menus. These have been created with ingredients suitable for human consumption and with the best quality standards to guarantee that you are providing the best possible diet.

In addition to a good diet, something essential if you want to take care of your pet’s health is to have a trusted veterinarian. Always keep your vaccination record up to date, also consulting with the professional which optional vaccines are recommended for your pet.

It is customary to have regular check-ups, especially if your pet has any kind of chronic ailment or allergy and go to the vet whenever you observe any strange behaviour or ailment.

Of course, the best ally for a healthy and strong dog with long and regular walks. Our four-legged friend needs to stay healthy and fit and the best shape is by going for a walk. In the case of small breeds, going out twice a day is sufficient, but larger breeds will need more activity.

In the same way, take long walks and get used to alternating routes and letting him socialize and play with other dogs. Not only will they be much happier but you will be taking care of their health, a sedentary lifestyle is one of the main enemies of the well-being of our pets.

In this article, we answered the following question: Are mutts healthier than purebred dogs? We talked about common hereditary diseases in dogs and some surprising facts about mutts. Finally, we gave you some tips to increase the life expectancy of your dog.

The truth is, that mixed-race dogs can inherit genes that make them sick, just as a purebred dog would. Of course, it is less likely, since a defective gene (that carries a disease) can only be found in one parent instead of two.

FAQ on Are mutts healthier?

Yes, mutts can be as friendly, smart and affectionate as any purebred. The only real difference between a mixed-breed dog and purebred is their appearance.

Some studies show that mutts are more intelligent and healthier than purebred dogs. However, these are often considered myths by experienced veterinarians.

What is the most unhealthy breed of dog?

Some of the most unhealthy breeds of dogs are considered the: Cocker Spaniel., German Shepherd, Bulldog, Golden Retriever and Labrador Retriever.