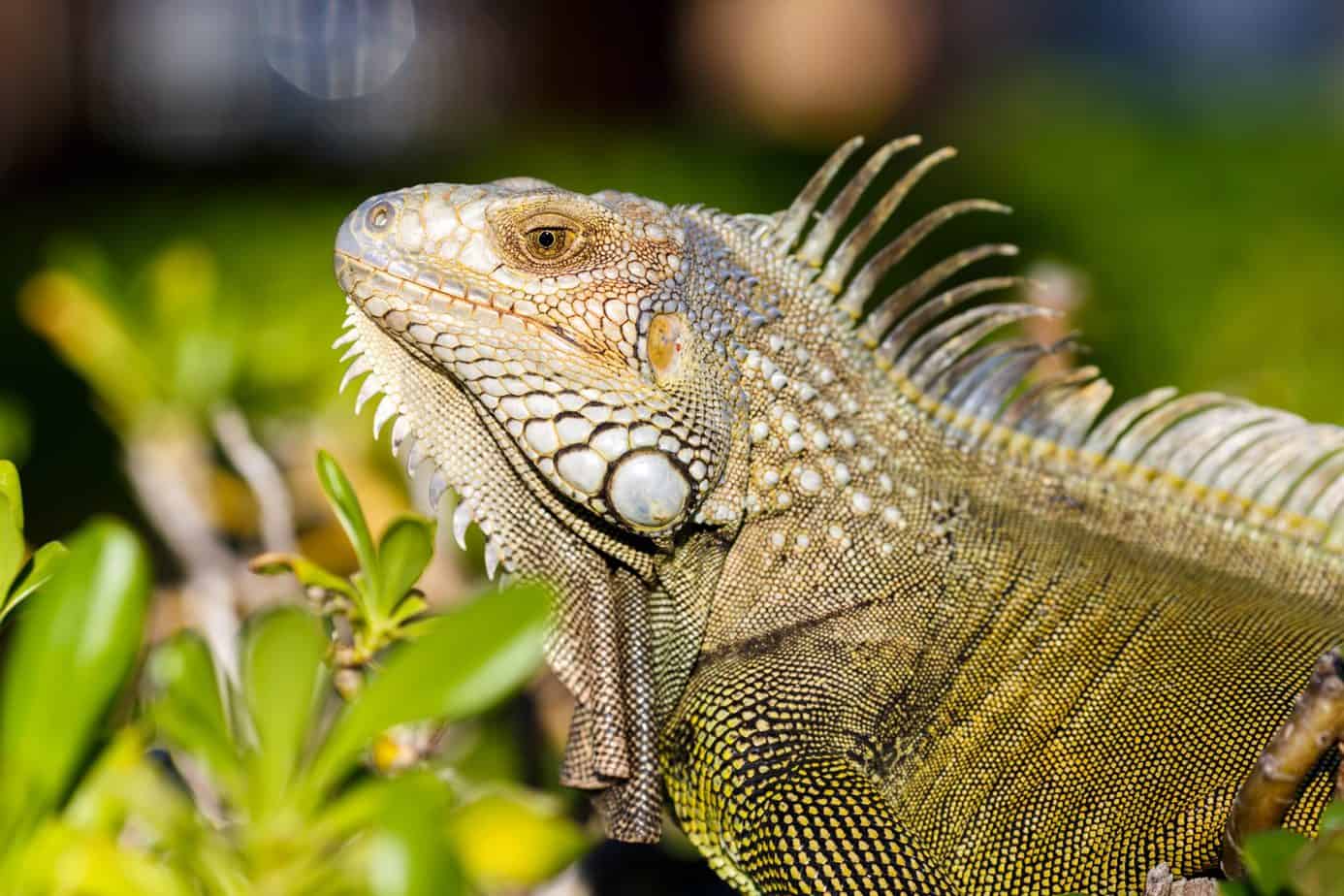 No fish are not reptiles, in fact, they belong to a whole different class in the animal kingdom. Though there are some exceptions that fall into other categories such as whales that despite their fish-like appearances fall into the class of mammals.

Fish are vertebrates which means that they have a well-developed spine made up of intact vertebral columns. There are five main classes of vertebrates including fish, reptiles, amphibians, mammals and birds.

Half of the vertebrates are fish, that is why fish are known to be the largest of vertebrates found on earth. In this article, we will cover all the important points regarding the origin of fish as well as their present world condition.

Now we have established that fish are not reptiles. Let’s discuss it in detail to support our answer with reasoning and facts. 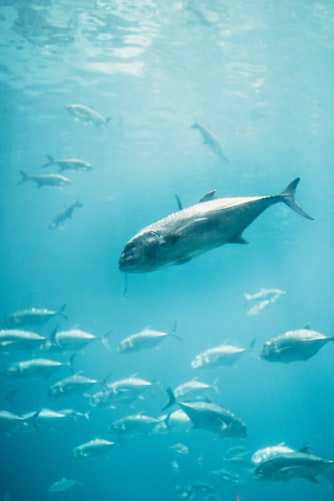 Difference between fish and reptiles

It is said to be known that the vertebrates used to be divided into seven classes in old literature with a majority of the classes representing fish. Fish are the largest number of vertebrates that are found on this earth.

Answering our main question “are fish reptiles? We would now discuss some important facts that will help us in establishing that fish are not reptiles, in fact, they belong to a whole different class of vertebrates.

Fish live only in water and can’t survive on land while on the other hand reptiles can live both on land and water. The survival of fish on land is not possible because of their respiratory system that comprises of gills while reptiles don’t have gills, they have lungs through which they breathe. So we can support our statement that fish are not reptiles.

Anatomy of the heart :

If the question is fish reptiles come in your mind, then you need to know this interesting fact. A heart is made up of chambers that pump blood into the body and also keep oxygenated and deoxygenated blood from mixing and sustaining continuous blood flow.

Fish swim continuously underwater, and the manner they swim in is quite extraordinary due to their streamline bodies and dorsal and ventral fins that help them maintain a continuous flow underwater and also provide them directionality under the water.

While talking about reptiles they don’t have fins, instead, they have front and hind limbs that have claws making their survival possible in dry harsh conditions such as lands.

While some of the reptiles don’t have limbs, such as snakes because of their strong skeleton which supports the body of the snake and also helps them move flexibly and efficiently on land as well as underwater.

Fish have scales and slimy bodies that move underwater in a streamlined manner, the skin of fish secretes chemicals that help them have continuous moisture on their skin, that is the reason why fish slip through your hand very easily. The skin of fish consists of scales also that make up most of the body of a fish.

Reptiles interestingly also have scales but their scales are rough and dry which means that reptiles have no modifications that secrete chemicals. As structure and function are correlated, the harsh environment requires hard and tough skins to conserve water and prevent water loss.

So the question is fish reptiles should be pretty much clear to you, given the above explanation and reasonings.

It is said to be known that the evolutionary process of animals leads to the modification of ancient animals into different breeds and species which made present-day different animal classes under kingdom Animalia.

Are fish reptiles or mammals?

Fish are not reptiles, neither mammals but there are some exceptions that may say otherwise. Let’s see what are the major characteristics that distinguish mammals from fish

Fish are oviparous which means that they lay eggs and their mode of laying an egg is very different than any other egg-laying animal specie. They lay their egg openly in the water which is later fertilized by males. The egg then hatches into newborns after a certain time from fertilization.

While mammals are not oviparous they are viviparous and the embryo grows in the belly of the mother rather than being incubated in the egg, The time in which the baby develops from a zygote into fetus till birth is called gestation period while no such phenomenon is seen in fish

The major difference between a fish and a mammal is skin. Fish have scaly smooth skin that secretes certain chemicals making it body slimy and hairless. This helps them maintain their temperature under varying conditions underwater.

Mammals have skins that play a major part in their thermoregulation, their skin consists of hair that keeps them warm in the cold environment as mammals are incapable of changing their body temperatures with the changing environment.

Fish are all cold-blooded animals living underwater for millions of years and they are capable of changing their body temperature according to the need of the environment, they don’t require any external factor to keep them warm or cool under varying degree of heat in the environment

While mammals are warm-blooded animals meaning that they are not capable of varying their body temperature according to the varying degrees of temperature in the environment. As you already know that humans are also mammals and that means they are also warm-blooded animals, that’s the reason why in winters we need to cover ourselves with warm clothes and in summer we need to ventilate as much as possible.

So given the above mentioned scientific reason, the answer to the question are fish reptiles or mammals can simply be answered in negation. “No, fish are not reptiles neither they are mammals”

So far we have learned that fish are not reptiles neither they are mammals which means that now we have to look for other possible class associations between fish and birds as well as fish and amphibians.

Are fish reptiles or amphibians?

Let’s go into the details why fish are not amphibians.

Respiration or breathing is the phenomenon through which the animal exhales deoxygenated air out and inhales the fresh oxygenated air in order to keep the normal physiology going.

Fish live underwater and respire through a specialized organ called gills, these gills have slits that help them, breathe underwater and undergo the gaseous change that is essential for their lives. The freshwater passes through their gills supplying fresh oxygen to them and goes out from the other end. This continuous movement of water through the gill slits keep the fish alive underwater

While amphibians have a specialized skin which is also a respiratory organ for them. Amphibians don’t have a well developed respiratory system like humans or other mammals but the soft skin with underlying vast capillary network beneath it helps them to directly exchange gasses with the environment and keep their normal body functioning.

Fish have scaly smooth skin that secretes certain chemicals making it body slimy and hairless. This helps them maintain their temperature under varying conditions underwater.

While amphibians don’t have any scales on their skins, and their skin being a respiratory organ as well as protective organ help them survive on both land and underwater.

Are fish reptiles or birds?

We came to know that fish are none of the mentioned classes, they belong to a different class of vertebrates having the most number of vertebrate animals.

Feel free to ask any question regarding “are fish reptiles?’ in the comments section below.

What is a fish classified as?

Do all reptiles have gills?

No reptiles don’t have gills, they have lungs for respiration and they don’t use gills for this gaseous exchange activity.

What do amphibians and reptiles have in common with fish?

Reptiles, amphibians and fish all are cold-blooded animals and also come under the vertebrates of kingdom Animalia.

Why is a fish not a reptile?

Fish is not a reptile because of many reasons such as being an organism which can only survive underwater,having gills, fins and lacking limbs and claws.

What is the difference between a fish and a reptile?

A fish and a reptile have basic difference of limbs, fish don’t have a limb consisting of claws instead they have fins. There are many other reasons such as skin type and presence or absence of gills etc.