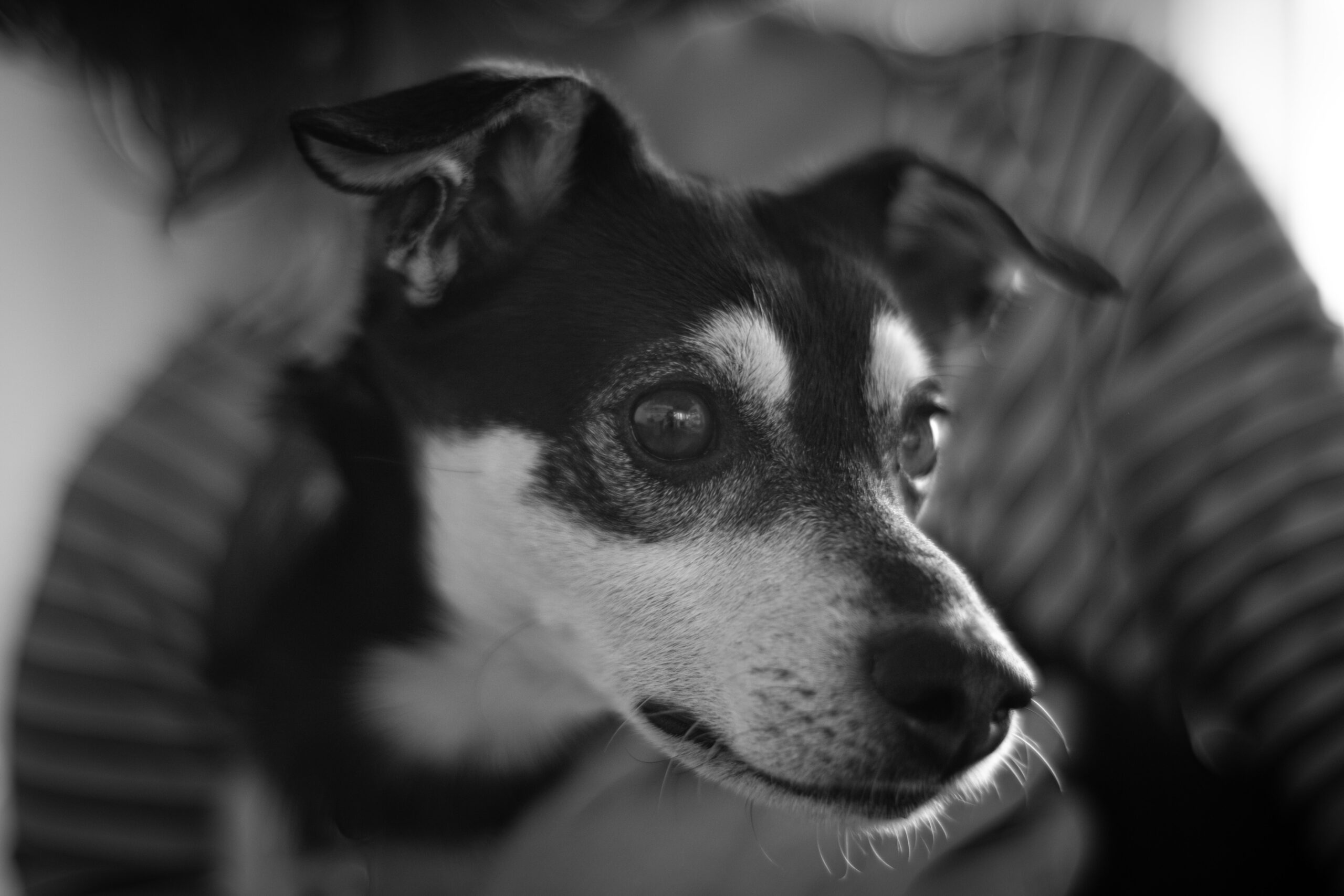 In this article, we will answer the following question: Are Chihuahuas protective of their owners? We will discuss the basics of a Chihuahua’s behavior and how to address and correct over-protective behavior.

Are Chihuahuas protective of their owners?

Chihuahuas can be very protective of their owners. A Chihuahua’s strong temperament and dynamism make him suspicious, even aggressive, towards strangers whom he greets with barking meant to scare them away! This characteristic trait makes the Chihuahua a very good guard dog.

Contrary to popular belief, a Chihuahua is a very active and above all very courageous dog. He will not be impressed by fellow creatures much stronger than him. With his master and his adoptive family, he will be very cuddly, very endearing, gentle, and affectionate. He loves to be hugged by his owner. His intelligence is exceptional and allows him in particular to adapt to all environments and situations.

Chihuahua does not present any difficulty in its education even if it is preferable like any small dog with a strong character to do it from a young age. It is about being firm and it will quickly be clean, faithful, and discreet.

Very stubborn, he could then get out of hand and do whatever he wants. Do not spare this canine which will then respond perfectly to orders. It is suggested that he socialize very quickly so that he can be pleasant with intruders and other animals.

The Chihuahua is great for house living. Apartment life is also ideal for him. However, he often feels the need to spend time outdoors. He likes to let off steam in green spaces.

The defensive behavior of a Chihuahua

The main problem with the Chihuahua is that they tend to attach very strongly to one person, usually the one who takes care of them the most. He then becomes very protective of his master and can start biting people who try to approach him.

Chihuahuas are not the easiest dogs to train but this step is essential so that these dogs do not get stuck with their owner. Chihuahuas need a workout, but they’ll love to just run around the garden, around the house, or take a short walk. Since they are tiny, they will be perfect for small homes.

Their self-confidence is almost unwavering. Rarely do they feel intimidated, even by dogs much larger than themselves, so you will need to be careful when taking them for a walk. As previously stated, training and socializing Chihuahuas are vital. They are generally kind to children who respect dogs and other animals. Due to their curious nature, they often bark at the door.

They rarely trust strangers and will be suspicious of them. They tremble if they are excited, scared, or cold and will have to wear a coat in winter (if by any chance you manage to take them out in this season, they are not particularly fond of low temperatures). This breed of dogs rarely suffers from health problems.

Everything else you need to know about a Chihuahua’s behavior

Chihuahuas are devoted and very endearing dogs. They tend to develop affinities with one person and maybe shy around others.

These eccentric little dogs have a strong personality. They may be small, but this is quickly forgotten when you see what they are capable of doing. Be sure to choose your puppy carefully and always make sure you know its parents as character traits are often hereditary (and they can be very hard to change in a Chihuahua).

Can a Chihuahua get along with children?

As said before, Chihuahuas have a strong character of their own. They don’t enjoy being teased and pissed off, which isn’t really compatible with children who can be a bit awkward or overly excited with dogs. This is why, as a master, you will need to be rigorous and get your Chihuahua used to the presence of children from an early age.

It will also be necessary to respect certain safety rules and teach children the behaviors to adopt in the presence of a doggie (not to carry it or not to wake it up, not to harm it, …). Finally, always keep an eye on your pooch and the children during the play sessions because you never know, a bad gesture can quickly happen.

Can a Chihuahua get along with other animals?

Why do Chihuahuas get attached to one person?

Chihuahuas tend to behave like many other miniature terriers and dogs: they are dynamic, courageous, curious, and confident – sometimes in an aggressive manner. Who among us has never heard of a Chihuahua attacking or intimidating dogs larger than him. Because of their clumsy appearance, most Chihuahuas prefer to stay with the owner and are not too keen on leaving the house.

They are also known to gravitate towards one person and reject others, and this must be due to the nature of these dogs who are more inclined to be attracted to people of their same personalities. Thus, a dynamic dog will become more attached to a dynamic person.

Miniature dogs, like Chihuahuas, are often referred to as “one-person” dogs, but that doesn’t depend on the breed itself but rather on how the dog has been socialized and raised. Yet another bad reputation on Chihuahuas is that they are boisterous and “naughty” in character.

Miniature dogs that are not well trained or socialized are more likely to become aggressive compared to certain breeds accused of aggression such as Pit Bulls, Rottweilers, and Dobermanns. The difference is that a Chihuahua’s bite is not as dangerous as a bite from these large dogs.

This is the reason some people think Chihuahuas are not aggressive. Chihuahuas, like any other breed, require a regular routine and a lot of training during the early stages of their life. They are good at resistance and discipline, they can be trained like all other dogs which makes them much happier and more accepting of other people and animals.

Correct the behavior of a clingy Chihuahua

You can limit possessiveness and the bondage aspect of one person by starting training early, as early as possible. Even when the dog is still young, you can begin to expose him to new people and pets while being careful of other dogs and in public areas.

Have a friend or family member visit you with their pet (vaccinated and healthy). The earlier your dog is confronted with life, the more likely he would accept new encounters later. Encourage people to pet your dog, and bring other dogs, children, cats, and small animals into his life.

Seek the advice of your veterinarian or professional trainer on how to properly expose and present people and animals to your dog. If your fuss is specifically reluctant towards any family member, there are a number of ways to bond between them.

To begin with, have the dog and the person spend active time playing or walking. Also, consider letting the family member feed or give the dog treats. Food is a great motivator for dogs.

Just be careful about the amount of food and treats you feed your chihuahua as miniature dogs are vulnerable to obesity.

Other solutions and considerations for hyper-protective Chihuahuas

It is important to remember that dogs are a huge responsibility and not fashionable accessories. As the owner, you are not only responsible for housing or feeding your Chihuahua, but it is also mandatory to make an effort to properly train and socialize it.

Dogs who are poorly socialized often tend to feel fearful of new situations, people, and places. These are the same dogs who become aggressive towards others and overly protective of their favorite people.

Just because a Chihuahua fits well in your bag doesn’t mean they don’t need the same attention and involvement as other dog breeds. You cannot isolate your Chihuahua forever, and failure to confront him with new things will do him, and those around him, great harm.

Chihuahuas tend to be hyper-protective of their owners and very aggressive towards other people and animals.

While it may be difficult to teach an older Chihuahua new tricks, it is hardly impossible. If your chihuahua doesn’t like other people and animals you can help him become more social with the right training, patience, and practice. Any dog can overcome their stereotypes as long as there is someone to help them.

FAQ on Are Chihuahuas protective of their owners?

Chihuahuas are indeed needy dogs. They enjoy being petted, groomed, and being taken care of 24/7 if possible. Additionally, they are very protective of their owner and their territory and can easily attack.

Should Chihuahuas sleep with you?

Chihuahuas can sleep with you as long as they are healthy and parasite free. However, keep in mind that they have a very small size and you shouldn’t sleep with them if you are afraid an accident may happen during the night.