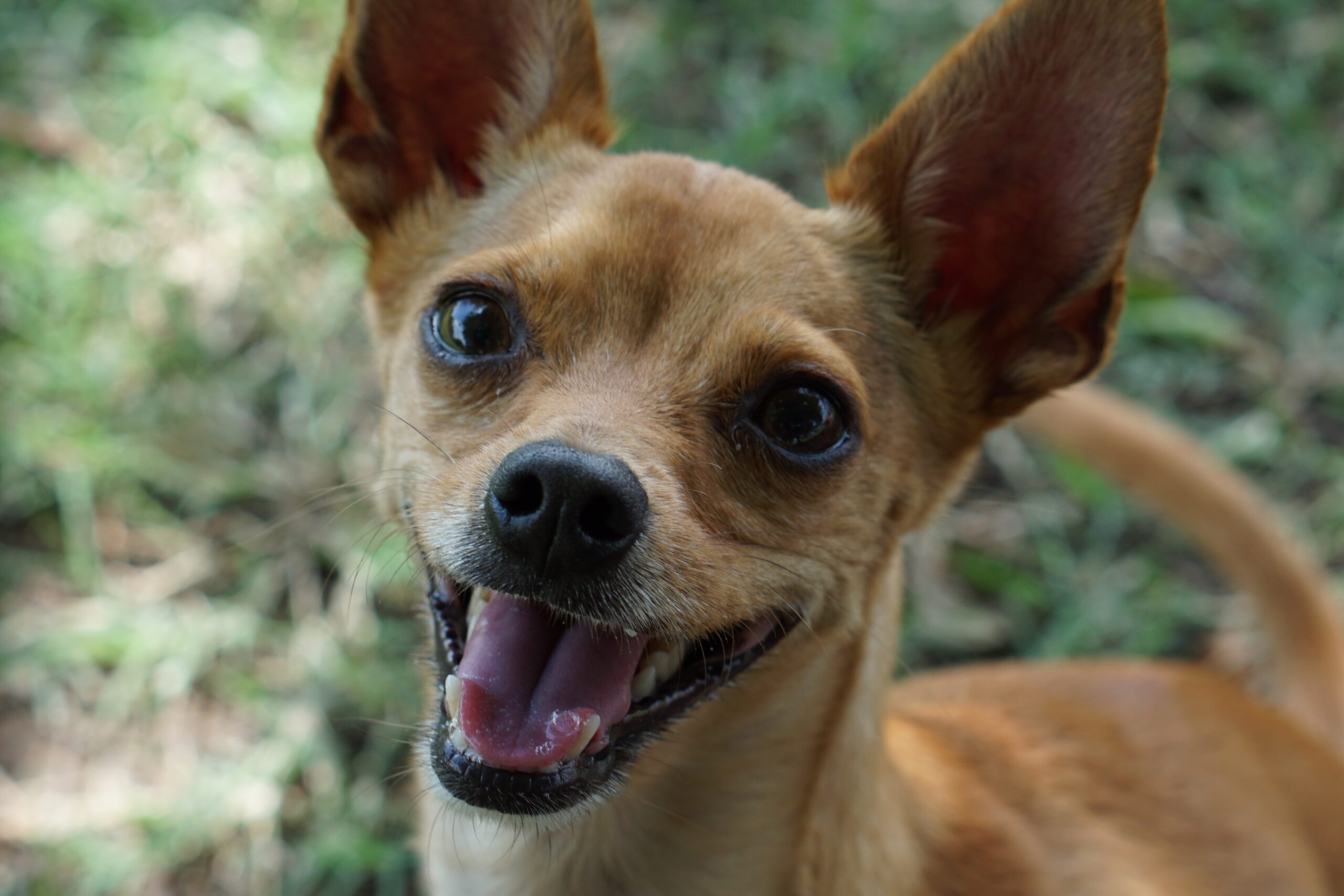 In this article, we will give a final answer to this question: Are Chihuahuas more aggressive than pit bulls? Keep reading to learn more about the behavior of a chihuahua, and if we should be more prepared near a Chihuahua or a Pitbull…

Nevertheless, the Dognition site, which collects data on dog behavior, wanted to look at the aggressiveness of different breeds of dogs in all kinds of situations. And the least we can say is that the results are stunning!

By collecting data from different dogs in different situations (meeting a new or known person, a new or known dog, a larger or smaller dog, a child, etc.), the site made a surprising discovery, to say the least, Chihuahuas almost always come first in terms of aggression, no matter what situation they are faced with. And strangely enough, they are even more aggressive when they meet large dogs that they have never met before.

While the Pitbull is considered one of the most aggressive dog breeds around, the study, based on responses from 4,000 dog owners, reveals that in fact, it is not. The Pitbull is in fact ranked among the least aggressive dogs, like the Cavalier King Charles, the Pug, or the Collie. Indeed, the reactions of dogs of this breed to all the situations cited by the study could not be more peaceful.

These results show that prejudices about dogs considered “dangerous” die hard, but they are completely unfounded! And for good reason, even if dogs like the Pitbulls have a history of warriors, they are not born aggressive. Of course, their aggressive instincts can be aroused more quickly than in other dogs. But it all depends above all on the education they receive and the environment in which they operate.

Thus, most dogs become aggressive when mistreated from an early age or trained by violence. If a Pitbull is mean, it is not him or even his breed to blame. But indeed his owner.

It is true that there are still Chihuahuas with aggressive behaviors … and behaviors likely to bite people, but is it the aggressiveness coming from the genes of the breed, or are there other factors? Personally, I think that if a chihuahua is aggressive, the cause goes to the owners!

How to address the aggressive behavior of a Chihuahua?

There are things you can do to make sure your Chi isn’t aggressive.

Here are a few tips.

Reasons why Chihuahuas are aggressive

Before looking for the solution, here are some reasons why your Chihuahua may act aggressively:

Socializing with other dogs, animals, adults, and children is extremely important for your Chi. It is important to start as soon as your Chihuahua is a puppy. This is because if your Chihuahua does not socialize, he can become frightened and act aggressively when he meets unfamiliar people or animals.

So, start getting your Chihuahua used to socialize as soon as you bring them home. Take your Chihuahua to the parks and present it to as many people and animals as possible.

How to deal with aggressive Chihuahuas

There are a number of methods you can use if your Chihuahua is aggressive.

Normally, you need to take control and set limits for your Chihuahua. In fact, you should allow your Chihuahua to be only in those parts of your house where it is allowed. If he is not allowed in the bedroom, never let him in. Having a fixed time for food will also help fight aggression during meal times.

Thus, by having control and limits, your Chihuahua will feel secure and will be less likely to become aggressive.

➢ Chihuahuas aggressive towards other animals:

If your Chihuahua becomes aggressive towards another animal, it is important to stay calm. If it’s safe, separate the animals. Also, don’t overreact or show affection for your Chihuahua after the incident. Instead, take your Chihuahua away from where the aggression happened and use assertive commands such as “No” to let him know his behavior was wrong. But remember to never use physical punishment.

➢ Chihuahuas who are aggressive towards people:

It is not a good sign if your Chihuahua is aggressive towards people. It is true that he may be small, but his bite will hurt. Certainly, it can be dangerous for small children and adults too. So the best thing to do in this situation is to get professional help right away to help stop this kind of behavior.

In conclusion, managing and correcting aggressive Chihuahuas is possible. It will just take time and patience. Use the tips in this article to help you resolve the issue. Soon you will have a happy, healthy Chihuahua who doesn’t need to get aggressive.

Take action today to help fight your Chihuahua’s aggression! An “aggressive” dog is not born mean!

Besides, the so-called “natural” aggressiveness of category dogs, let’s talk about it! You know this law which catalogs dogs who have asked for nothing and who are simply subjected to the non-benevolence and extremism of men. The so-called “dangerous” category dogs are the very example of the (harmful) influence of humans.

Know how to read and understand the signals emitted by the dog.

Indeed, naturally, a dog will seek to avoid conflict rather than provoke it. Thus, it is important to know how to decode all the signals sent by the dog, in particular to avoid attacks on humans.

Regarding interactions and potential aggression between dogs, this is where the importance of good socialization comes in because a dog will have communicated from an early age with other dogs.

Some examples of signals that can alert you to a dog’s illness: he will yawn, look away and look away, lick his nose (be careful, if the licks are repeated and rapid, this translates to an illness such as aggression is not far away).

Then there are of course the warning signs: the bark, the growl, the “smile” or the quick nose licking, and repeated as mentioned above.

Offer quality socialization. We have partially mentioned it previously but here I remind you of the importance of good socialization to allow the dog to experience different situations as if they were ultimately non-events. Always assume that a dog will be afraid of what he doesn’t know. And we saw that fear of aggression was certainly the worst of all.

Thus, allow your dog to meet as many dogs as possible (being almost certain that it will go well, of course, the encounters must above all be controlled), but also a multitude of diverse situations and environments: the city, the forest, the market, the car, importable noises, different people, atypical objects, etc.

Have a relationship of trust and mutual respect with your dog. I am thinking in particular of dogs who attack because they do not feel safe in such and such a situation. Know that your dog must consider you as his referent, his “guardian”, you must therefore play this role!

So, have a consistent attitude, well-defined rules of daily life, and above all: have confidence in yourself and your dog! If you are already completely sure that everything will go well, this will not necessarily solve all the problems, for all the situations, but believe me, the process will be different! Quite simply because you will impose a framework and a reassuring attitude on your dog.

Chihuahuas are known to be sometimes aggressive, as they have more self-confidence and face situations more directly compared to other breeds; thus, these little dogs tend to be reactive because their perception of the world is more threatening.

It is very important to socialize your Chihuahua around other dogs, animals, adults, and children. You should start socializing when your pet is a puppy. If you don’t socialize with your Chihuahua, she may get scared and act aggressively when she encounters unfamiliar people or animals.

FAQ on Are Chihuahuas more aggressive than Pit bulls?