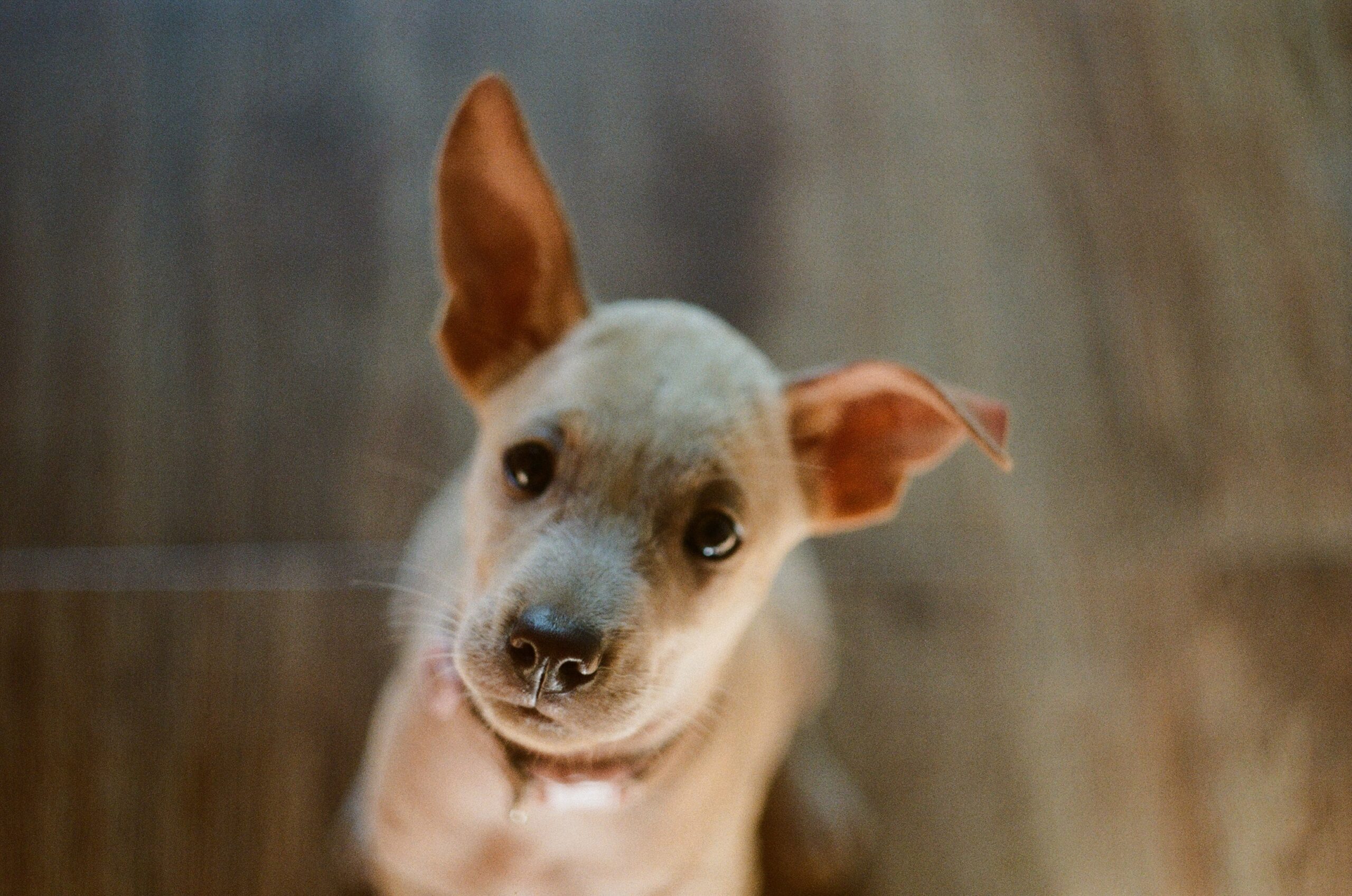 In this short guide, we will answer the following question: Are Chihuahuas dogs or rodents? We will talk about the unique physical appearance of a Chihuahua and how to care for this breed.

Are Chihuahuas dogs or rodents?

The Chihuahuas are dogs, not rodents. This is a breed of dog who feels at home in the handbag of Madonna, Britney Spears, or even Paris Hilton. But this Mexican-born dog breed is much more than a premium pocket animal!

Despite its small size, this pet is far from dumb! In fact, its intelligence is one of the most developed among domestic animals. Quite easily, the Chihuahua learns to become clean on its own and adapts very quickly to its daily environment.

Warning! Just because he’s small and cute doesn’t mean he should be pampered by all means. Indeed, he has a rather strong and stubborn character. In case of danger, he knows how to defend himself and does not let himself be trodden on. Fortunately, this irresistible race understands well the orders it receives.

Often all you need to do is speak clearly to him and then he does so without flinching for a second. His education is carried out with ease. They are very sociable animals who enjoy good company. However, it may begin to bark if it notices any unwanted presence in its territory.

This little dog is not difficult to care for. The long hair cape should be combed every other day to avoid tangles, especially behind the ears and in the pants. The smooth variety can be brushed once a week with a soft bristle brush.

Chihuahuas are not sedentary lap dogs. They like to be still, but they also need exercise and playtime. They are moderately active, playful, cheerful, and alert. It is advisable to dedicate to these dogs a period of two hours of exercise or games. Chihuahuas can chase a ball or toy across the room or go for a nice walk through the streets.

The physical appearance of a Chihuahua

What characterizes the fiery chihuahua is not only its small size but also its large bat ears and disproportionate eyes. His apple-shaped head and short, pointed nose are also characteristic features of the breed.

These little dogs show as much diversity in terms of their coat color as their character. According to the FCI breed standard, in which the Chihuahua is listed under No.218, group 9, all colors as well as all combinations and shades are allowed.

There are two types of Chihuahuas, depending on the length of their hair:

Surprisingly, the breed standard does not specify an exact height at the withers for the smallest dog in the world. Its small size is mainly reflected in its weight. The ideal weight for a chihuahua is therefore between 1.5 kg and 3 kg. Dogs between 500 g and 1.5 kg are however also accepted.

Animal rights activists criticize this search for the ever-smaller Chihuahua and even call it to torture, as the thinnest dogs are also much more likely to suffer from health problems.

Chihuahua: History of the breed

Despite the existence of many theories regarding the origin of Chihuahuas, it is now almost certain that this breed originated from Mexico. In the Province that bears the name of Chihuahua, in northern Mexico, there are still many small wild dogs that look a lot like the Chihuahua today.

According to one theory, the Chihuahua was one of the dogs offered for sacrifice. In this religion, the role of Chihuahuas was to guide the souls of the dead to the grave. Unfortunately, this meant that Chihuahuas had to sacrifice their lives during funerals.

Another theory goes that the Chihuahuas were already used as sacrifices in ritual ceremonies among the Aztecs. Some even go back even further and believe that their ancestors were already owned by the Toltec people.

The Chihuahua breed would thus be more than 1000 years old.

The diet of a Chihuahua

The advice of breeders regarding the food of the dwarf dog is often very valuable. Dog owners are often overwhelmed by the large selection of pet foods available. There is canned food or kibble, puppy, adult dog or senior dog food, organic or not. And to complicate matters, the “right” food is not the same for all Chihuahuas.

The type of food depends on individual factors, such as your dog’s age, weight, activity level, or state of health. However, nutritious food for Chihuahuas contains a lot of animal protein. The first source of protein for the chihuahua remains meat.

A Chihuahua is primarily carnivorous, which means it eats meat. Its digestive system is made to consume meat and bones. Thanks to its strong stomach acid, the Chihuahua can even digest raw meat, including bones and cartilages.

On the other hand, Chihuahuas only need a little grain. Wheat in particular can often cause allergies. Sugar has no place in a dog’s diet either. Vegetables are important, however, and are responsible for providing your pet with the vitamins he needs. Pay close attention to the exact vitamin and nutrient content of foods.

Many food manufacturers add too many vitamins to it, which can be just as dangerous as if there were not enough.

When choosing between kibble and canned food, remember that kibble is often cheaper and lower in fat, but it also often contains more preservatives. Also bear in mind that while canned food contains a lot of water, you will need to make sure your chihuahua is drinking enough if you are feeding him kibble.

A balanced mixed diet is also possible, but you should not mix the two types of food in the same meal. This is because the dog’s body digests kibble and mash at different rates, and a mixture of the two could therefore cause digestive problems.

This is a biologically adapted diet for the species, in which the dog is given only fresh and raw food, that is, raw meat and raw vegetables. This raw diet has a great advantage: all-natural vitamins, which are often lost during the preparation of food, are preserved. The dog thus automatically receives all the vitamins and nutrients he needs.

Generally, you can feed your Chihuahua ready-made foods, as long as the food is suitable for his needs. If in doubt, ask your breeder or veterinarian.

Maintenance and care of a Chihuahua

As with all dogs, the right diet, healthy food, lots of love and affection, proper care, and enough exercise go a long way in ensuring that your pet has a healthy, long and suitable life. species.

Regular brushing of the hair is part of proper care for a Chihuahua, especially in longhair chihuahuas. The eyes and ears should also be checked regularly, in order to spot and treat possible diseases as early as possible. Otherwise, this little dog, who lives very well in a small space, needs little care. He is an ideal apartment dog.

Despite his small size, his need for activity, and especially for games shared with his masters, should not be underestimated. Chihuahuas are very attached to humans, and they need their love and attention to be happy.

In good weather, they like to take long walks. In bad weather, they also enjoy staying at home. In this case, they can easily do their business in an old newspaper, as long as they have been trained in it from childhood.

By providing your dog with a consistent and appropriate education from an early age, you will be able to channel his stubborn nature and barking without difficulty. This will allow you to live in harmony with your companion, even when he is out of your purse!

What is the daily life of a Chihuahua like?

The Chihuahua is more of an indoor dog, although it is okay to stay outside for awhile if you have a garden. He is a strong head who should be educated from an early age, working on his sociability and his anxiety for the most suspicious.

He is a robust little doggie, his life expectancy is particularly long (minimum 12 years), especially when compared to other small dogs. Finally, you must check and clean your eyes daily to avoid irritation.

The Chihuahua can live very well in cities and in apartments, but like other dog breeds, they need to be taken out regularly, even if they are for shorter walks. And like all other doggies, he is very attached to his owners and so that he does not live too badly on your absences you have to get him used to being alone or otherwise to find a guard for your absences.

Although the origins of the Chihuahua are uncertain, it is clear that it is a dog and not a rodent. Several years ago, this myth has spread to the Internet and many people have invented various arguments that the Chihuahua is closer to rodents than other dogs – which is completely untrue.

There are different theories about where Chihuahuas come from, one of them is that the dog is of Chinese origin and that it was the Chinese who brought it to Mexico. Another theory is that it descends from an ancient Egyptian race, called techichi.

There are more theories, but they are not proven, others are impossible, some are mere legends. Anyhow, the bottom line is that Chihuahuas can be great dogs that are very loving and caring towards their owner.

FAQ on Are Chihuahuas dogs or rodents?

Are dogs related to rodents?

Dogs are only distantly related to rodents. Genetically speaking, dogs are more related to cats and bears that they are to rodents.

Some people believe that Chihuahuas look like rodents because of their small size and shape of the head. However, Chihuahuas are dogs and more related to wolves than to rodents.