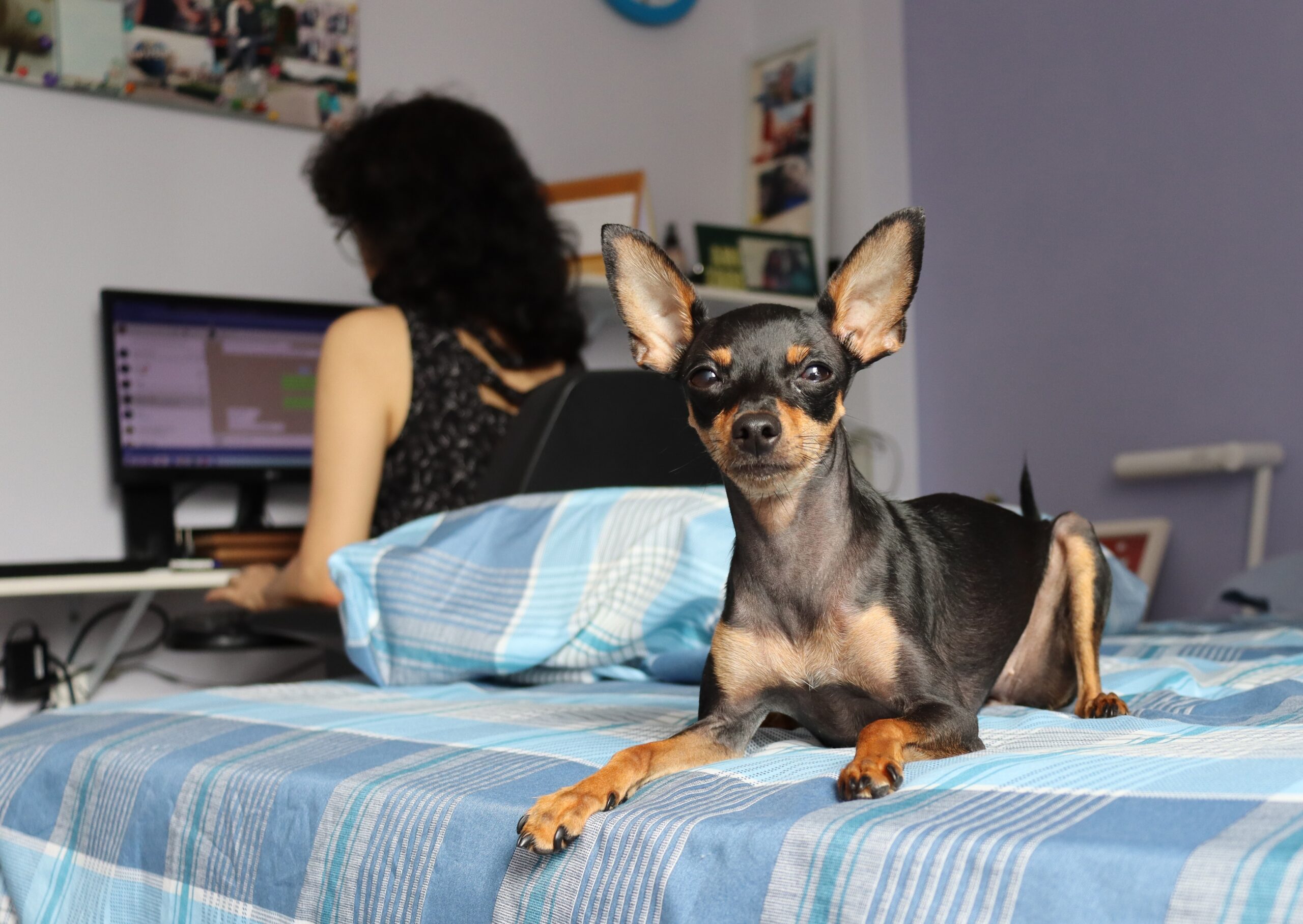 In this article, we will discuss whether Chihuahuas are crazy or just misunderstood. We will reflect on possible mental issues in dogs, and how to address strange behavior in Chihuahuas.

Chihuahuas are not crazy, but they do have defensive behavior and lack social skills. In most cases, we should not blame the breed, but the owner, who is responsible for training the dog.

This being said, mental illnesses in dogs can have three origins:

Symptoms and mental illness in Chihuahuas

There are several symptoms that you can detect in your dog that are indicators of mental illness. Here we leave you the most recurring:

Separation anxiety: Separation anxiety is a feeling and subsequent behavior of the dog, caused by separation from its owner and manifested through disorderly and difficult-to-handle behaviors of the dog. This is one of the most common pathologies, so to speak.

Fears: Fear in your dog is an instinctive characteristic of all animals. Your pet can be afraid of many things, situations, and even people. On occasions, this ‘normal’ behavior can begin to generate reactions out of the ordinary, which generally have their origin in traumatic experiences, physical abuse, or abandonment. Some frequent causes are fear of storms, fireworks, or thunder.

Depression: Depression is more common than you might imagine in canines. Among the main reasons are hormonal disorders, lack of attention from their owners, heat, loss, and other mood problems. It is very easy to identify this mood disorder in your dog since they are animals that are characterized by their sympathy.

Among the characteristics of depression are that dogs sleep a lot, do not show the courage to go out for a walk, lose interest in food or, on the contrary, eat too much. These symptoms can be related to many diseases, but if after examinations and ruling out any physical abnormalities, the problem continues, it could be an emotional situation.

Why are Chihuahuas so aggressive?

Each dog is an individual; not all chihuahuas are aggressive, but some are. Aggression most often has one of these origins:

Similar to toddlers who are unhappy when things don’t go their way and who anger with frustration, many chihuahuas behave aggressively because it is the only way they know how to communicate effectively a firm “no”. If this behavior is left untreated, it will become the new normal, and it will negatively impact your relationships with your chihuahua, friends, and family.

You know a dog’s brain works differently when that behavior can’t be changed with medication and training. Unfortunately, this can result in behavioral euthanasia for the safety of others, most commonly in large breed dogs.

Addressing and fixing crazy behavior in a Chihuahua

Below are some of the best strategies to put in place when you are dealing with an aggressive or “crazy” Chihuahua.

Face the circumstances. If you discover that someone is brutally attacking your Chihuahua, you should take immediate action. As the parent of a pet, you are your Chihuahua’s advocate and guardian.

If a chihuahua is constantly mistreated, he may feel like he has no choice but to react aggressively in defense. This habit can spread to other areas of his life, so it is very important to take the lead.

Resource management. If a Chihuahua is a resource keeper, he must learn that if he is aggressive, his resources will be taken away from him, unless he is kind to own them.

To help him learn to be kind when he has his resources, there are some training exercises you can do.

Rewrite history with positive reinforcement training. For example, if your chihuahua has been abused by children, you will need to help her have positive experiences so you can learn that children can be nice.

To do this, you will have to recruit the help of nice kids, who know dogs well, and lots of treats!

Your chihuahua has now associated a child with things he loves: treats, cozy blankets, and attention!

Solutions for a reactive or aggressive dog

Classical conditioning and operant conditioning methods provide the most effective and safe solutions for the treatment of canine aggression. Gradual exposure to stimuli that scare the dog by controlling anxiety levels so that they remain “manageable” will also be appropriate.

Little by little, the reactive, aggressive, or stressed dog will have to be taught that anxiety-provoking situations are, after all, positive and synonymous with pleasure.

We will also teach the dog that we understand him, and we will ensure that the anxiety-provoking situation ceases when he shows signs of stress. He will no longer need to be aggressive to let us know he is worried about a situation.

Physical exercise and mental stimulation will have an important place in the intervention plan. It is indeed proven that the sport considerably decreases the level of stress and anxiety since it activates the production of serotonin, a natural antidepressant.

It is important to be advised by a canine behaviorist to enable you to put in place an adequate intervention.

Certain breeds selected for their ability to protect and attack will be more likely to show signs of aggression, although genetics never explain 100% of our pooch’s behaviors. However, it should be noted that scientific studies do not allow us to say that one breed of dog attacks more than another.

However, regardless of size, a dog can seriously injure adults and children alike, and aggressive behavior should always be addressed seriously.

To prevent any further aggressive behavior the socialization of the puppy will be the key: a dog having learned at a young age to interact in a healthy way with its environment will be less stressed.

In addition, species to which it has been successfully socialized are less likely to be considered as potential prey for it (predation – a dog that hunts and chases cats and squirrels).

In addition, learning to understand and communicate with your dog in his language is proving to be one of the most effective prevention methods.

FAQ on Are Chihuahuas crazy?