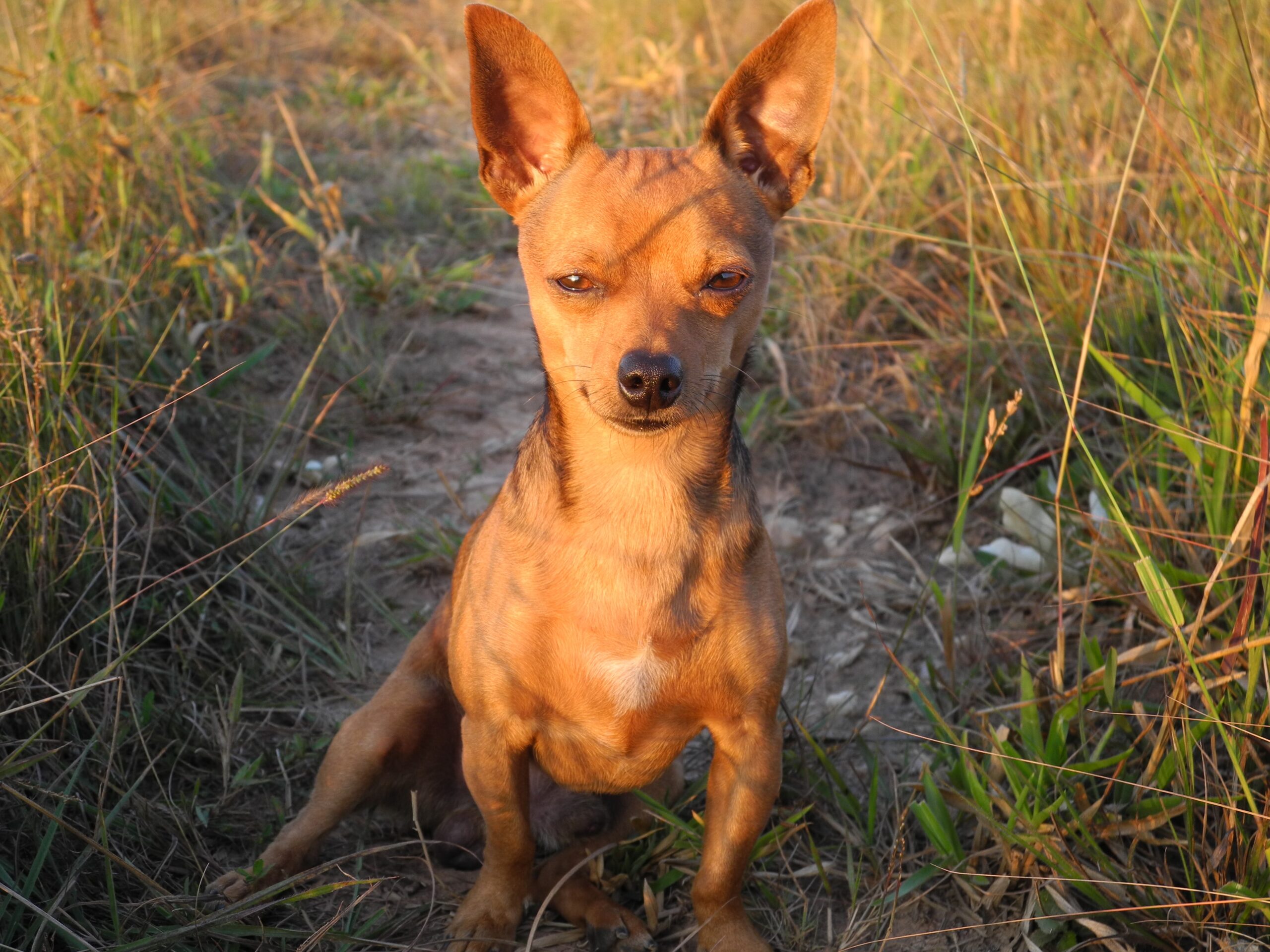 In this blog post, we will answer the following question: Are Chihuahua dogs smart? It’s true that intelligence doesn’t make a dog the best pet, but some people insist on whether a particular breed is smarter than others.

Chihuahuas are smart dogs, they are classified as intelligent breeds. Their great flaw, however, is the clumsiness engraved in their DNA making their training more difficult especially for inexperienced masters.

If you plan to train your chihuahua to perform crazy tricks and acrobatics, know that the basic commands will be easy to teach him but on the other hand the more complicated ones will require time, treats, and above all, patience.

Here again, we generalize, because there are Chihuahuas that stand out from the crowd and are very smart. To sum up, it all depends on how you educated the dog. A properly trained puppy will logically be smarter. Note, however, that chihuahuas can be very lazy and stubborn.

How do you measure the intelligence of a chihuahua?

One might ask: Why are some chihuahuas smarter than others? and how the dog’s intelligence can be measured.

To answer these questions it is necessary to distinguish between these types of intelligence:

For example, shepherd dogs have the instinct and intelligence to guide animals. They know how to collect the scattered cows, calves, and sheep. Hounds, on the other hand, are able to track down the toys their owners throw on the horizon.

As for chihuahuas, the primary reason for their breeding was to hunt rats. That said, they have an instinctive ability to hunt small creatures and always be on guard. But since today that function has grown to be a companion of the master, chihuahuas have developed a sense of being pleasant and fun.

For example, some dogs learn to push and open doors without being shown how. There are even dogs that have adapted to the routine: They will either wait for you at the door when you arrive from work or wake you up before the alarm sounds. It depends on the dog itself. If you have a chihuahua who can open the door, another may not be able to do so.

For example, one of your chihuahuas will learn to sit after ten repetitions while another will need 20 repetitions to perform the same order.

Intelligence: is this a defining characteristic of a chihuahua?

For some, yes; But for the most part, intelligence doesn’t make a Chihuahua the best companion. Designating a “best” pet is a totally subjective opinion that depends on individual needs and requirements.

For example, if you are looking for a four-legged companion who likes to be cuddled and cuddled, you should check the chihuahua’s temperament and personality before adopting him rather than his intelligence. But if, on the contrary, you like complicated tricks, a more skillful chihuahua may suit you better.

However, the smartest chihuahuas often have other flaws. For example, some races considered intelligent do not like large families or tolerate children.

This little dog is not difficult to care for. The long hair cape should be combed every other day to avoid tangles, especially behind the ears and in the pants. The smooth variety can be brushed once a week with a soft bristle brush.

Chihuahuas are not sedentary lap dogs. They like to be still, but they also need exercise and playtime. They are moderately active, playful, cheerful, and alert. It is advisable to dedicate to these dogs a period of two hours of exercise or games. Chihuahuas can chase a ball or toy across the room or go for a nice walk through the streets.

Socialization is important to this breed. They are very faithful to one person, although they will accept other family members and close friends. With early socialization, you will be able to accept the company of other people, in this way we will avoid unnecessary aggression and barking.

Despite the fact that it is a very small dog, education is very important. Chihuahuas are bright dogs and quick thinkers. Without training, they can take advantage of their owner.

Training can be challenging, but proper training techniques these dogs will learn and have fun doing.

History and origins of the Chihuahua

The chihuahua is arguably the smallest dog breed in the world! Likely from the state of Chihuahua, Mexico, his ancestry remains relatively fuzzy and uncertain. Indeed, the experts did not find any real information on this subject.

Nonetheless, a few connoisseurs believe it to be a skillful cross between Native American hairless dogs and even some Chinese species! The strains of this miniature breed are unfounded and have several gray areas. Despite the fact that the majority of breeders claim it is from North America, researchers have also detected very similar species on the Asian continent.

Despite its small size, this pet is far from dumb! In fact, its intelligence is one of the most developed among domestic animals. Quite easily, the Chihuahua learns to become clean on its own and adapts very quickly to its daily environment.

Warning! Just because he’s small and cute doesn’t mean he should be pampered by all means. Indeed, he has a rather strong and stubborn character. In case of danger, he knows how to defend himself and does not let himself be trodden on. Fortunately, this irresistible race understands well the orders it receives.

Often all you need to do is speak clearly to him and then he does so without flinching for a second. His education is carried out with ease. They are very sociable animals who enjoy good company. However, it may begin to bark if it notices any unwanted presence in its territory.

Characteristics of the Chihuahua

The Chihuahua is a very small dog, not exceeding 2kg, with a bright and alert expression. Aside from its weight, there are no classifications for its size. Experts say that there are only two varieties of Chihuahua, those with short and long fur.

The head of the Chihuahua is rounded, with full but not protruding eyes, large erect ears, and a cheerfully curved tail.

Some of the curiosities that surround this small breed, leaving aside its ambiguous origin that we have already commented on, are those that we mention below.

1) We all know this breed as “Chihuahua” but its official name is Chihuahueño. The term Chihuahua pays homage to the Mexican state of Chihuahua, where it is said that this breed was discovered, and means “arid and sandy place.” The term Chihuahua comes from the United States and has ended up being the popular name for this small breed.

2) Chihuahua dogs are positioned as the oldest breed of dog on the American continent.

3) Despite its size, the Chihuahua is a dog with “very bad fleas”, that is, with a lot of temperament and very brave before strangers.

4) This breed of dog became very famous in the United States thanks to the commercials of the Taco Bell restaurants in which the main dogs were Chihuahua dogs, whose known names were Dinky.

5) The smallest dog of this breed in the world is only 10 centimeters tall and resides in Kentucky (according to the Guinness Book of Records).

7) He is quite an anti-social dog with other dog breeds other than his own. More than anti-social we could call him racist, right?

8) As determined by genetic research, the Chihuahua is not of American origin but is the result of a cross between the ancient techichi (Mexican origin) with dogs of some European breed.

9) This breed is popularly called by nicknames such as “pocket”, “mini” or “tiny toy” but these terms are not included in any reputable Kennel club or breeder.

10) They are omnivorous dogs and you must be very careful with the diet they are given as it can negatively influence their health.

In conclusion, the Chihuahua or Chihuahueño breed has many peculiarities and intrigues behind its origin but it is positioned as one of the most beloved breeds by the families that house it in their homes and can become the perfect companion, both for kids as well as adults.

It is recommended not to pamper them and protect them excessively, as they can become extremely capricious dogs and even become hyper-nervous dogs.

FAQ on Are Chihuahua dogs smart?

How intelligent are Chihuahua dogs?

Chihuahuas are not among the most intelligent breeds of dogs. While they lack in obedience, Chihuahuas are high in adaptive intelligence, meaning that they will either wait for you at the door when you arrive from work or wake you up before the alarm sounds.

Do Chihuahuas pick one person?

Usually, Chihuahuas do pick one person whom they choose to remain faithful to. They are also known to be jealous and want to be with you 24/7.