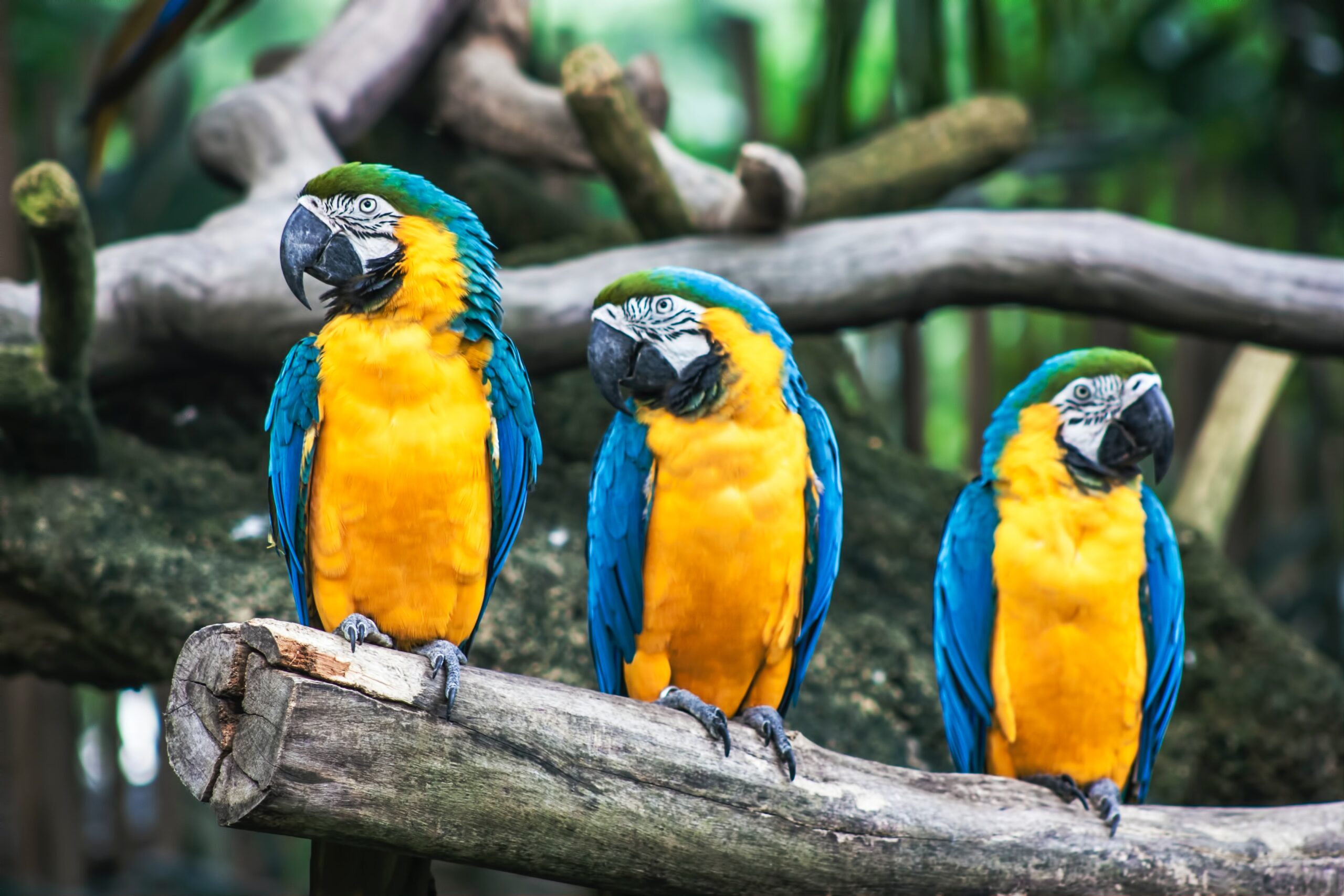 In this article, we will answer the following question: Are birds mammals? We will explain the difference between birds and mammals, and present a complete guide on bird’s origins, the role of their feathers, and why they fly.

Like reptiles, amphibians, mammals, and fish, birds are vertebrate animals. It simply means that they have a skeleton with vertebrae.

Mammals are vertebrate animals just like amphibians, reptiles, birds, and fish. They differ from these others by having hairs on the surface of the body. In most, but not all, mammals, females have breasts with which to feed their young.

The mammals are descended from reptiles. We do not appear to be much alike because mammals emerged about 195 million years ago. Although the two branches may have separated much earlier than that because they weren’t the same reptiles that modern-day reptiles are descended from.

Back then reptiles ruled the world, and we were little shrews. Over time each group evolved in different directions, they got smaller and we got bigger.

What are the birds then if not mammals?

Like reptiles, amphibians, mammals, and fish, birds are vertebrate animals. It simply means that they have a skeleton with vertebrae. Unlike other animals such as insects, sponges, starfish, and many others. Some of these other animals have skeletons, but it is a different skeleton.

Birds descend from reptiles. About 200 million years ago, the scales developed into feathers, thus emerging the first bird. It is estimated that there are around 9,700 different species at the moment.

Similarities between birds and mammals

However, this logic is flawed since, as we have already established, birds are not distinguished as birds because they have wings, but because they have feathers and hatch from hard-shelled eggs. Furthermore, both birds and mammals are warm-blooded, a characteristic that sets them apart from the other classes of vertebrates.

Furthermore, birds and mammals are the only kinds of animals that feed and care for the little ones when they are still young, as other animals leave their young to take care of themselves.

Differences between birds and mammals

However, while all is said and done, there are a couple of characteristics that distinguish birds from mammals. For example, while birds lay eggs, mammals give birth to their young.

Therefore, while the platypus has many characteristics that many birds have because it gives birth to live young and does not lay eggs, it is a mammal and not a bird. Furthermore, while mammals feed their young by giving them milk from their mammary glands, birds feed their young by chewing, swallowing, and regurgitating partially digested food into their mouths.

Also, while birds have feathers to keep them warm, for mammals this function is performed by their hair and skin. Also, because birds need to fly to move from one place to another, their bones are porous and less dense than those of mammals that have thicker and denser bones. Another fundamental difference between birds and mammals lies in how they produce sound.

Although both classes of animals have a larynx, only mammals use this organ to produce sound. Birds, on the other hand, produce sound through their syrinx. Finally, one can distinguish birds from mammals by noting that while birds have wings, the limbs of mammals end in legs, hands, and hooves.

The evolution of Birds

Birds evolved from reptilian-like ancestors, most likely from dinosaurs that lived in trees and fed on insects. An arboreal hunting lifestyle could have promoted the development of such bird-like characteristics as large eyes, clawed legs, and a long snout that later evolved into a beak.

It may have led to the transition from cold-blooded to warm-blooded animals – an advantage for insect-feeding animals because they become inactive and slow in cold conditions. The feathers, which resulted from the scales of reptiles, probably developed first to provide isolation, although they were undoubtedly intended for a flight from the beginning.

The first known fossil of a bird is about 150 million years old, dating from the Jurassic period (20.5-142 million years ago). Known as Archaeopteryx lithographica, this animal was about the size of a crow and had a combination of reptile and bird features; it had wings and feathers like a bird, but it had a snout, not a beak, and jaws with teeth like a reptile.

There are some doubts as to whether Archaeopteryx could fly or just glide because it lacked the fairing sternum that provided lateral grip for the muscles needed for assisted flight.

The role of the feathers for birds

Feathers are extremely complex structures, specific to birds. However, they are made of the same material, keratin, which is found in mammalian hair and in the scales of reptiles. The feathers are subject to considerable wear. In order to keep them in good condition, the birds periodically clean, grease, and reshape their beak feathers, an activity is known as “feather cleaning”.

Other forms of maintenance include scratching, bathing, and sunbathing. The feathers are discarded (shelled) and replaced at least once a year. Flying birds have 4 types of feathers, modified to serve a distinct function: there are 2 types of flight feathers (wing and tail feathers), as well as down and contour feathers.

The feathers on the edge of the wing are long and rigid with a clearly defined shape, ensuring the ascending force for flight and maneuvers. Unlike tail feathers, which are often symmetrical, wing feathers are unevenly shaped.

Birds are not the only animals capable of flying (bats and insects are just as skilled), but they also include the largest and most powerful airborne animals.

The bird’s wings gain ascending force in the same way as the wings of an airplane. As the birds advance, air flows faster over the upper surface of the wing than over the lower, creating a differential pressure between the surfaces. Because slower moving air exerts greater pressure, the resulting force is upward. The strength of this ascending force (called lift) increases with the size of the bird’s wing and its speed of advance.

There are two main modes of flight: wing flapping and gliding. The fluttering of the wings does not directly create ascending force; instead, it generates the horizontal movement necessary to increase the airflow over the wing surface and to produce the ascending force.

Therefore, most birds must flutter their wings to take off. When gliding, the birds keep their wings outstretched and steady in the wind. A gliding bird consumes little energy, but loses height as its speed, and therefore the amount of ascending force decreases (unless it floats on an ascending air current).

Birds have a wide variety of wing shapes, reflecting the way they fly and their lifestyle in general. Those that rely on a quick takeoff and a short “explosion” of speed to escape from predators tend to have wide, rounded wings, as they provide the necessary acceleration. Species that fly for long periods of time and need to save energy have long wings.

Fast and strong fliers, such as large swallows and falcons, have long, curved wings with sharp tips to reduce endurance. The shape of the tail is also important. Birds that make sudden changes of direction in flight, such as swallows and hawks, often have bifurcated tails.

The birds have a large, keeled sternum, to which massive muscles are attached for flight. When muscles contract, they generate a strong downward stroke of the wing, which produces forward propulsion. When the muscles relax, the wing is pulled back up. The feathers also allow the birds to fly efficiently.

The ones on the outer edge of the wings and in the tail are designed to provide ascending force and maneuverability, while the visible feathers on the body (contour feathers) give an aerodynamic shape to the body during flight. In most birds, the flight consists of flapping or gliding. Several birds are able to float in the air; hummingbirds can fly upside down.

Although most birds can fly, some are unfit to fly – these include ostriches, nandu, cassowaries, kiwis, emu, and penguins. These birds are generally thought to have evolved from ancestors who once had the power to fly, as unfit birds have numerous flight adaptations, such as bare-bones inside and wings (although the wings of many unfit birds have reduced in size since then). Failure to fly seems to have occurred in several ways.

For some birds in environments with relatively few predators, the flight seems to have become useless – many birds from isolated islands, such as the New Zealand weka and takahe (which are closely related to crows), fall into this category.

Alternatively, the inability to fly may have occurred in situations where size and ground power were more important for survival than flight. This is the case of the ostrich, which can run fast, using its wings for balance; also, its long legs can strike hard to repel its predators. In penguins, the wings have become similar to fins and are used by the bird to move through the water.

Although there are many similarities between birds and mammals, they are not one and the same thing.

Birds descend from reptiles. About 200 million years ago, the scales developed into feathers, thus emerging the first bird. It is estimated that there are around 9,700 different species at the moment.

Do you have a favorite species of bird or a curious fact about birds to share with us?

FAQ on Are birds mammals?

Are birds mammals yes or no?

No, birds are not mammals. A bird is a different animal class, which originated from the reptiles.

Are birds classified as animals?

Birds are vertebrate animals (with a backbone), along with mammals, fish, reptiles, and amphibians.

Is a penguin a mammal?

A penguin is not a mammal but a bird, even though it can’t fly. In penguins, the wings have become similar to fins and are used by the bird to move through the water.

What is considered a mammal?

Mammals are vertebrate animals just like amphibians, reptiles, birds, and fish. They differ from these others by having hairs on the surface of the body. In most, but not all, mammals, females have breasts with which to feed their young.